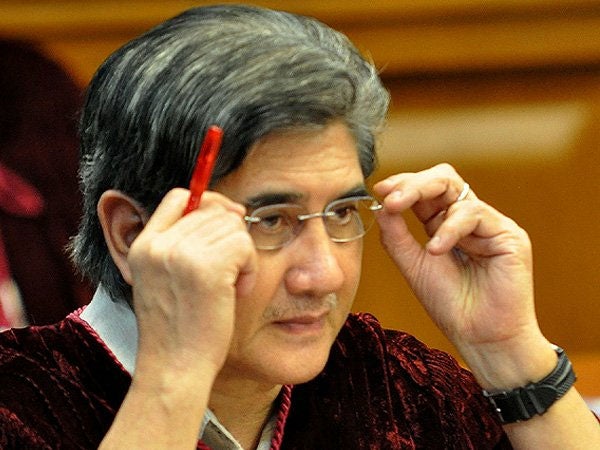 Senator Gringo Honasan welcomed on Thursday the start of the negotiations on the Code of Conduct on the South China Sea, calling it a “marked improvement” in the Philippine-China diplomatic relations.

“Eh di malaking bagay na yun (It’s huge development), a marked improvement of what it was half a decade ago. Any incremental improvement in the situation should be welcomed,” Honasan said in a chance interview.

(The idea is to avoid armed conflict. They agreed to conduct joint patrol and to a code of conduct, then we have more reason to have a positive outlook. That’s the meaning of statesmanship.)

The leaders of the Association of Southeast Asian Nations (Asean) and China agreed on Monday to jumpstart the talks on the long-overdue code of conduct on the South China Sea, citing the importance to maintain stability in the region.

Honasan said that the Asean Summit may not be the right venue to raise the issue of China’s construction of structures in the disputed sea.

(You cannot raise that when you are all in the big table. Everything’s going smoothly—they agreed [on the code of conduct] then you’re raising the issue. Isn’t it a killjoy?]

He said it might be better to raise the matter through serious backchannel talks.

“That is what a foreign policy means. Hindi dapat yan pinag-uusapan kaagad (You don’t talk about it right away) on the table kasi (because) you lock ourselves into a corner,” he said.