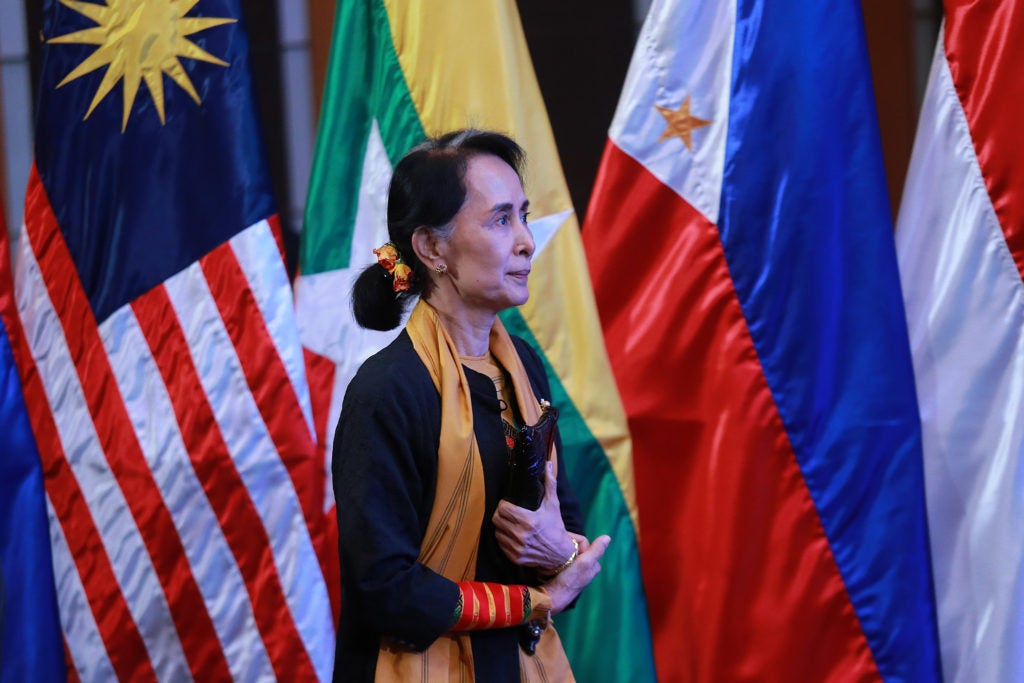 The failure of Association of Southeast Asian Nations (Asean) leaders to discuss the humanitarian crisis involving Rohingya Muslims in Myanmar’s Rakhine state has dealt a blow to the bloc’s credibility, according to a group of regional lawmakers.

The Asean Parliamentarians for Human Rights (APHR) on Wednesday expressed disappointment over the lack of a strong commitment on the part of Asean member-states in dealing with the crisis in Rakhine.

In a statement, the group said it was initially hopeful that the “sheer scale and severity of the current crisis in Myanmar,” in which thousands of Rohingya Muslims had fled to Bangladesh to escape military abuses, would prompt Asean leaders to tackle the grave humanitarian issue.

“Instead, Asean has continued its failure to act decisively in the face of ethnic cleansing and crimes against humanity being perpetrated in our own backyard,” said APHR chair  Charles Santiago, a member of Malaysia’s parliament.

“Expectations have become quite low for Asean, an organization infamous for its inability to tackle difficult issues,” Santiago said.

A draft of the final Asean statement after the bloc’s summit in Manila on Tuesday reportedly made only fleeting reference to humanitarian relief for “affected communities” in northern Rakhine.

The APHR criticized Asean’s principle of noninterference, arguing that the policy hampered an effective response and was being invoked by leaders in a disingenuous manner.

“The noninterference policy is—in the words of Aung San Suu Kyi herself—just an excuse for not helping. It shouldn’t even apply in this case, where the issue clearly has immense regional implications,” Santiago said.

More than 600,000 Rohingya have fled to Bangladesh since Aug. 25, when the Myanmar military launched “clearance operations” in northern Rakhine following a series of attacks on police outposts by militants from the Arakan Rohingya Salvation Army, according to the APHR.

On Nov. 6, the UN Security Council issued a statement expressing “grave concern” over human rights violations perpetrated against Rohingya, including those by Myanmar security forces, and calling on Myanmar authorities “to ensure no further excessive use of military force.”

“This is not simply a humanitarian catastrophe; it is a human rights crisis with deep roots in longstanding state-sponsored persecution against the Rohingya community,” said APHR board member Eva Kusuma Sundari, a member of the Indonesian House of Representatives.

“Asean’s approach seems to ignore this fact and act as though the mass displacement and associated humanitarian challenges arose out of nowhere,” she said.

The APHR noted that Asean leaders reportedly discussed issues in Rakhine at their Manila summit, including mention of the recommendations issued by a Myanmar government-appointed advisory commission headed by former UN Secretary General Kofi Annan.

“However, key recommendations from that body’s final report, including those focused on drivers of conflict, appear to have been sidestepped by Asean leaders,” the APHR said.

“The Annan commission’s recommendations are a key entry point that Asean should be using more effectively to raise fundamental issues like discrimination, citizenship and accountability for rights violations. This was a Myanmar government-sponsored body that pushed to deal with these drivers of the current crisis. If they can do it, Asean should certainly be able to,” Sundari said.