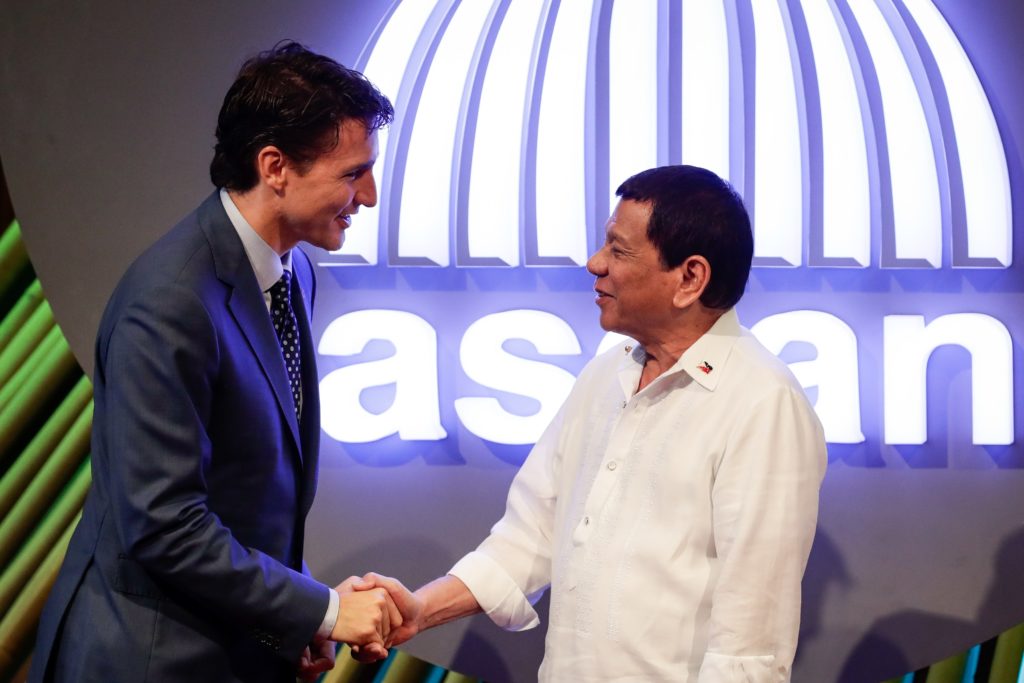 “It’s a personal and official insult.”

This was what President Rodrigo Duterte had to say about Canadian Prime Minister Justin Trudeau’s expressing of concern over the mounting death toll linked to the government’s violent crackdown against illegal drugs.

Duterte said he had told Trudeau in their bilateral meeting on Tuesday that he would not explain about the reported killings. He stressed that he would not let a foreigner question human rights violations in the Philippines.

“I said I will not explain. It’s a personal and official insult,” Duterte said during a press briefing immediately held after the closing ceremony of the 31st Association of Southeast Asian Nations (Asean) Summit and Related Meetings on Tuesday night.

He said he told Trudeau that the Philippine government should be given the “simple rule of the right to be heard” and advised the leader to “not to get documents from the oppositions and the communists because they were all falsified.”

Duterte also urged the Trudeau to “investigate first and find out” about the incidents of killings.

In a press briefing at the International Media Center in Pasay City on Tuesday morning, Trudeau said that he had expressed “concern” over the killings and said Duterte was receptive of the issue.

“I emphasized the people-to-people ties between Canada and the Philippines and the great connection there but I also mentioned human rights, the rule of law, specifically the extrajudicial killings being an issue Canada is concerned with,” Trudeau said. /atm