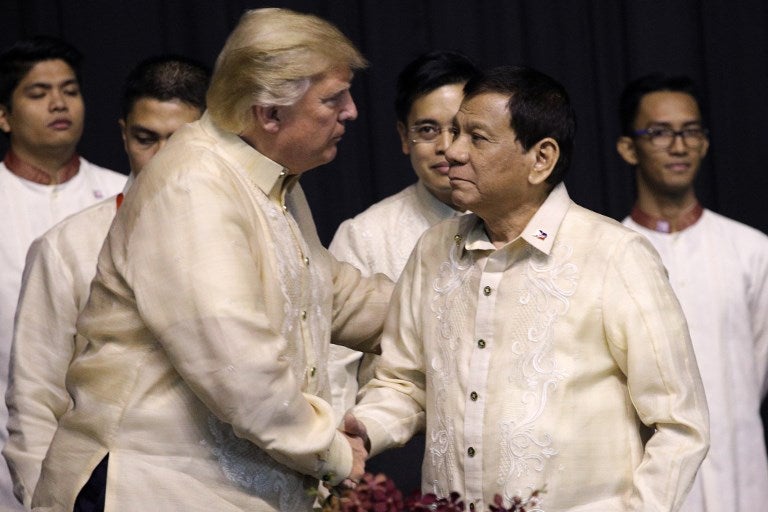 BACOLOD CITY- At least 100 protestors in Bacolod City on Tuesday slammed the presence of President Donald Trump in the Philippines and President Rodrigo Duterte for abandoning his  promise of an independent foreign policy only to become a “puppet” of  the United States.

The militants belonging to the Bagong Alyansang Makabayan Negros and its allied organizations marched down Araneta Street and to in front of the Fountain of Justice where they torched a tarpaulin bearing the photo of Trump holding Duterte by the neck with a leash.

“The United States through Trump is instigating conflict in the Korean Peninsula and is dragging the Philippines in to support its war,” he said.

They condemned the Philippines Visiting Forces Agreement and Enhanced Defense Cooperation Agreement with the United States that will not benefit the Filipino people.

He also slammed the Philippine government’s spending P15.5 billion for the hosting  of the Association of Southeast Asian Nations summit in the country  that could   be much better used for much needed services for the poor, and free college education.