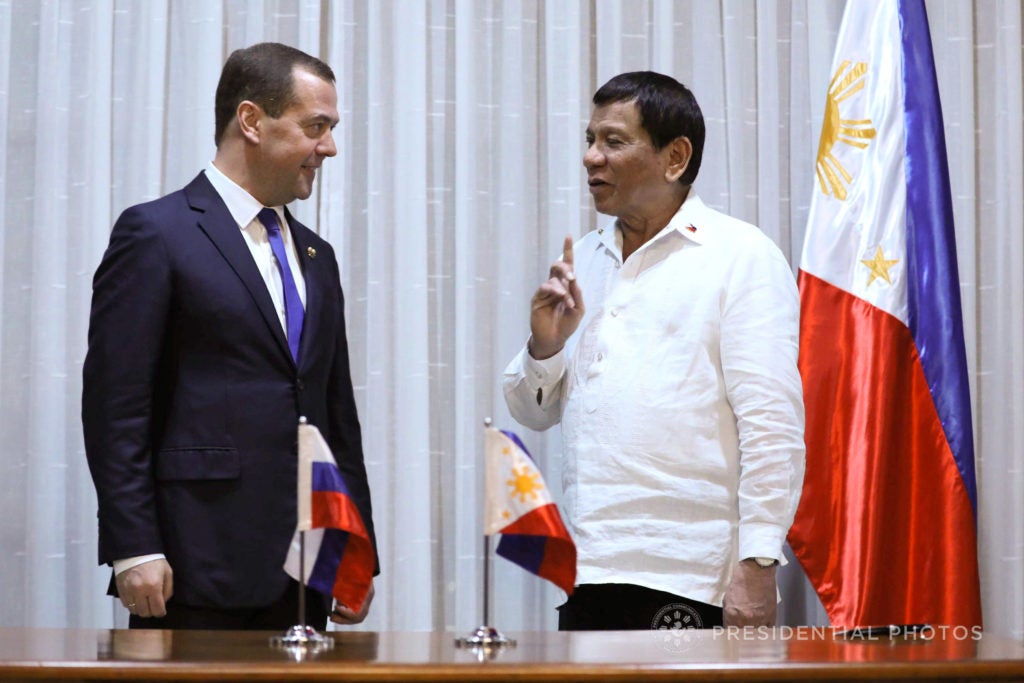 Duterte gave the assurance during his bilateral meeting with Medvedev at the Coconut Palace in Pasay City on Monday night.

The President identified the two detainees as Yuri Kirdyushkin and Anastasia Novopashina, who are facing drug smuggling cases.

“I would just like to say that we have a working functional justice system here and they will get a fair trial and that they will be detained in a comfortable house. It’s still under investigation,” Duterte told Medvedev.

“Whether true or not, we will find out but I will see to it that they are treated fairly and no additional stress on their person that will happen,” he added. /cbb