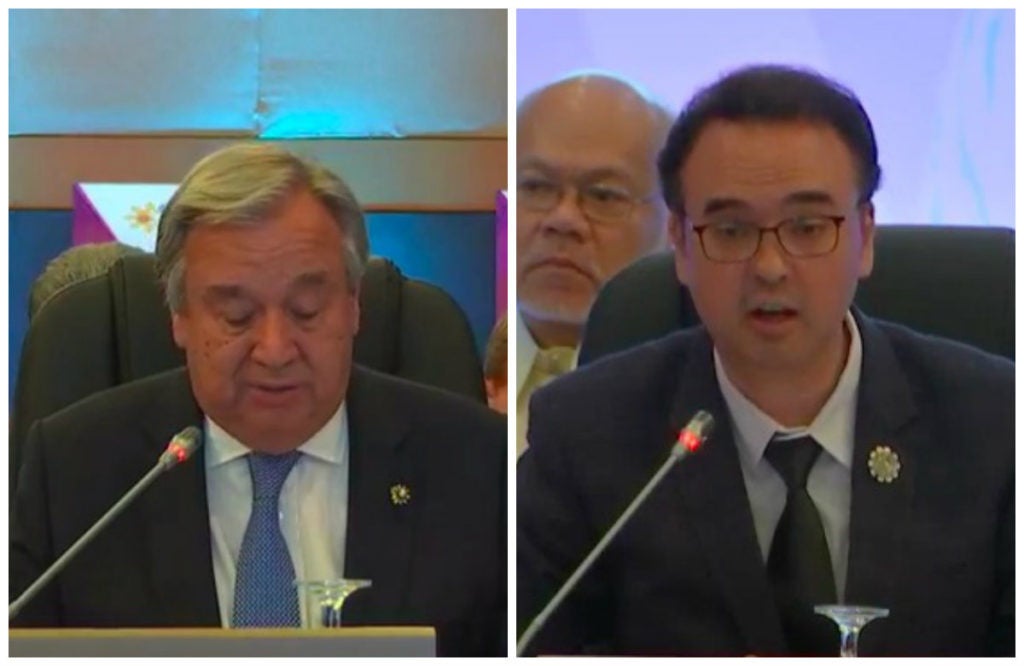 President Rodrigo Duterte skipped the meeting between the Association of Southeast Asian Nations (Asean) and the United Nations (UN) on Monday night.

He was represented instead by Foreign Secretary Alan Peter Cayetano, who presided over the Asean-UN Summit, opposite UN Secretary General António Guterres.

The Asean-UN Summit was supposed to be the last event of Mr. Duterte on Monday after a series of bilateral meetings.

Malacañang explained on Tuesday that the President had to skip the Asean-UN summit as well as the Asean Plus Three Leaders’ interface with the East Asia Business Council because he had to attend the bilateral meetings with leaders, the schedule of which had overlapped with the summits.

“Schedule conflict was the cause of delay. He went to a bilateral meeting with Russia,” Roque said in a text message.

Mr. Duterte was having his bilateral meeting with Russia at about 10:46 p.m. when the Asean-UN Summit was set to start.

“President Duterte had several bilateral meetings [on Monday] night, including with Japan, ROK (Republic of Korea), India and Russia. The meetings were already running beyond schedule so, to avoid further delaying the Asean-UN Summit, it was decided that SFA (Cayetano) represent the President while he was meeting bilaterally with the other leaders,” said acting Department of Foreign Affairs spokesperson Robespierre Bolivar.

Aside from presiding Asean summits with certain countries and organizations, the President also had bilateral meetings with Asean and dialog partners scheduled on Monday, when he hosted the opening of the 31st Asean Summit of leaders, a two-day event.

“The delay of the opening [of the Asean Summit] really had a chain effect,” said Roque, referring to the fact that this caused schedules to be pushed back.

The Asean Summit was supposed to start at 9 a.m. on Monday but it convened more than an hour late.  /kga /pdi