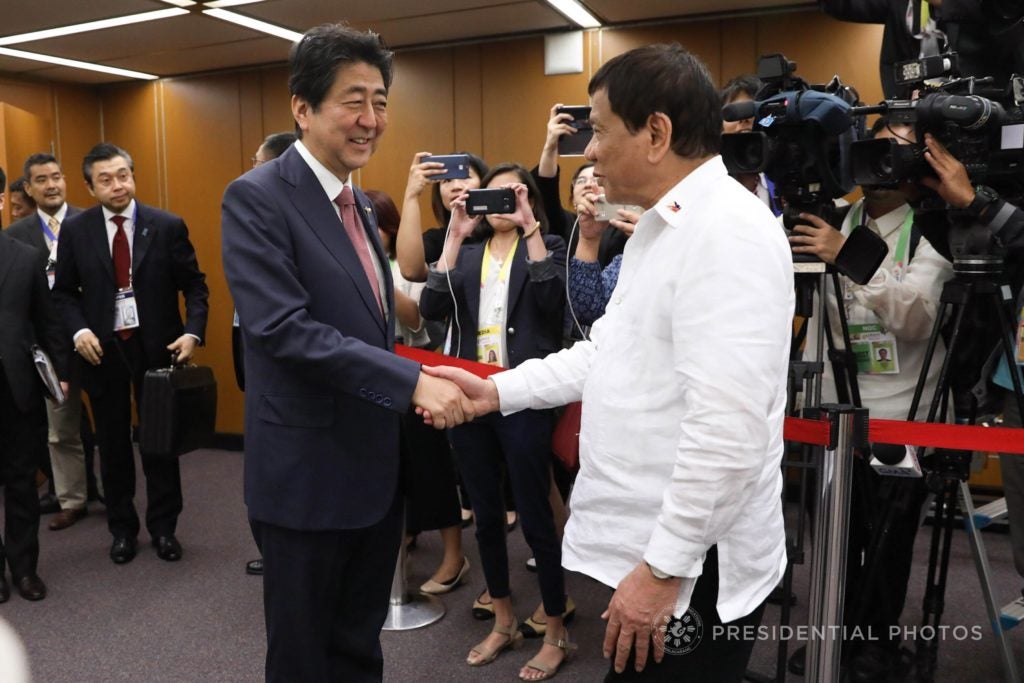 President Rodrigo Duterte is supporting Japan’s stance against North Korea and has cautioned President Kim Jong-un to stop threatening the world with his nuclear warfare.

“We are supporting you against what North Korea is doing. We condemn the continued posturing of North Korea with the nuclear weapons,” Duterte said during his bilateral meeting with Japanese Prime Minister Shizo Abe on Monday night.

“We have said it several times already in the past that it is not to the interest of North Korea to swagger around and threaten the world, of keeping us hostage with the atomic weapons,” he added.

Duterte said North Korea’s missile and nuclear threats were a common interest for the Philippines and Japan.

“We condemn his several launching of missiles. It is bad. It puts a strain on everybody, not only in Japan but all over the world,” he said.

“And he should realize that he’d be responsible for ending life in this planet, if his mind goes out of control,” he added.

“I am reaffirming, in the strongest possible language, that we have a very strong bond. It’s almost a sentimental attachment for many years,” Duterte told Abe.

Mr. Duterte, who made a three-day working visit to Japan in October, also thanked Abe for making it possible for him to have an audience with the Emperor and for Japan’s assistance during the five-month Marawi City siege..

“I would like to thank you and the Japanese government for making it possible for me to have an audience with the Emperor, one of the things I will maybe remember for all time,” he said.                     /kga