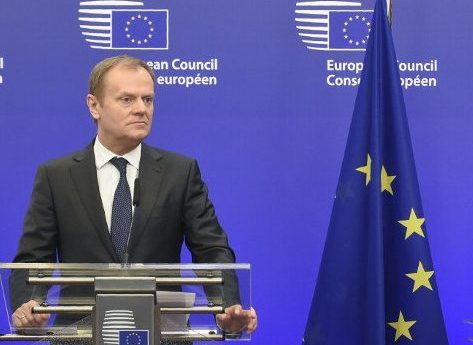 European Council President Donald Tusk arrived in the Philippines on Monday afternoon, making him the last of 21 world leaders to fly into Manila for the 31st Association of Southeast Asian Nations (Asean) Summit and Related Meetings.

Tusk arrived aboard Emirates Flight No. 332 at 3:53 p.m. at Terminal 3 of the Ninoy Aquino International Airport.

Tusk is in the country for the 40th anniversary of the Asean-European Union (EU) Commemorative Summit.

He’s also invited as one of the guest of President Rodrigo Duterte at the luncheon he’s hosting in honor of East Asia leaders.

Tusk’s visit comes at a most interesting time for the Philippines and the European Union, since the bloc has been hugely critical of Duterte’s war on drugs that has killed thousands of suspected drug users and peddlers.

Earlier, the Department of Foreign Affairs said the meeting between Duterte and Tusk “would go a long way in clarifying” issues hounding the country’s ties with the European Union.

Duterte had previously said that his administration would no longer accept new grants or aid from EU due to its criticism of his campaign against drugs, a centerpiece project of his presidency.

Foreign Secretary Alan Peter Cayetano has since clarified that the country will still accept aid “if there are no conditionalities.” /atm