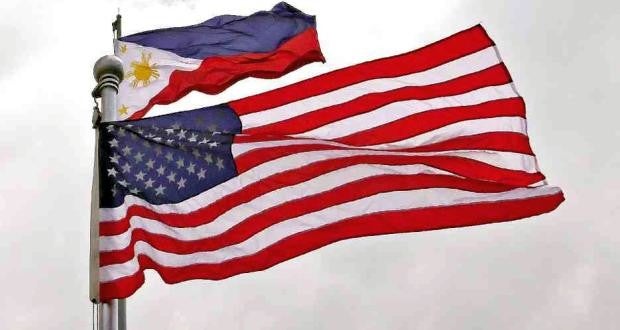 A meeting between US President Donald Trump and Philippine leader Rodrigo Duterte in Manila on Monday follows a stormy 16 months in their nations’ decades-long alliance.

Here are five things to know about relations between the United States and one of its oldest allies in Asia.

The Philippines went from centuries of Spanish rule to becoming a US colony in 1898 under the Treaty of Paris that was signed to end the Spanish-American war.

The colonial period began with a three-year resistance, which claimed the lives of more than 20,000 Filipino nationalists and 4,200 American troops, according to US government historical records.

In 1941, Japanese forces invaded the Philippines and began more than three years of brutal occupation. The Americans later returned to liberate the nation and it gained independence in 1946, marking the start of a 71-year alliance.

The Philippines and the United States signed a mutual defense treaty in 1951 pledging to help each other if they were attacked by an external enemy.

The nation is one of only two American defense treaty allies in Southeast Asia, along with Thailand.

Ferdinand Marcos ruled the Philippines for 20 years with US backing despite overseeing widespread rights abuses and embezzling up to $10 billion from state coffers.

The United States backed Marcos, who went from democratic hopeful to dictator, as he guaranteed strategic US bases in the Philippines and was seen as a bulwark against communism.

In 1986, a famous People Power uprising toppled Marcos and sent him and his family into exile in Hawaii.

Nearly a century of major US military presence ended in 1992 when the Philippines closed two of America’s biggest Asian bases. The Filipino Senate rejected a treaty extension following rising popular sentiment against the United States.

However the Philippines’ maritime dispute with China over the South China Sea, and US concerns over Islamic militancy in the restive south, brought the nation back into an American embrace.

The allies signed a Visiting Forces Agreement in 1998 and a 2014 accord that led to increased defense cooperation, including more annual joint military exercises.

The outspoken leader launched a brutal war on drugs that was condemned by the administration of then-US President Barack Obama.

Duterte responded by announcing his “separation” from the United States, calling Obama a “son of a whore” and pursuing closer ties with China and Russia.

But Duterte, who has a reputation for unpredictability, has recently said the nations are “best of friends” again after receiving praise from Trump about the drug war. /cbb