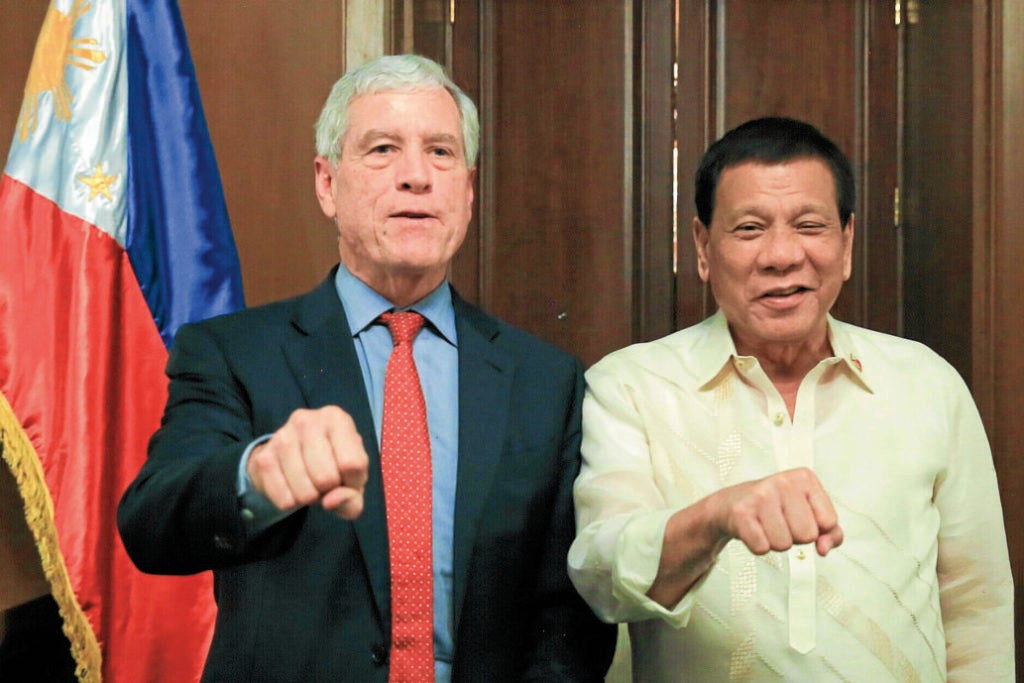 When US President Donald Trump and other world leaders meet in the Philippines from Sunday, copying their controversial host’s signature fist salute could land them in hot water.

Philippine President Rodrigo Duterte has adopted a clenched fist, often stuck out in front of his chest or sometimes at eye level, as his trademark gesture.

Duterte often seeks to have visitors pose for photos with him doing the salute, with Chinese internet tycoon Jack Ma and Hollywood actor Steven Seagal among those pictured doing so.

But critics warn the gesture has come to represent the brutalities of Duterte’s drug war, which has claimed thousands of lives.

They also say it has uncomfortable similarities with Nazi leader Adolf Hitler’s salute.

“Foreign leaders should recognize that the fist… symbolizes a purposeful attack by Duterte on rule of law that has inflicted a human rights calamity on thousands of Filipinos,” Phelim Kine, Human Rights Watch deputy Asia director, told AFP.

“(They) should deny the architect of this human rights calamity the international recognition he undeservedly craves.”

Australia’s spy chief, Nick Warner, was criticized when he returned home from Manila in August to find the Philippine government had released photos of him clenching his fist with Duterte.

“Completely inappropriate photo for the head of one our most important intelligent (sic) services to be in,” federal opposition member of parliament Anthony Byrne said in a Twitter post.

Trump and Duterte are expected to hold a one-on-one meeting in Manila on Monday on the sidelines of a 20-nation summit of Asia-Pacific leaders.

Eyes will be on whether Trump does the fist pump, having told Duterte in April he was doing a “great job” in his drug war.

Arriving back in Manila early Sunday, Duterte seemed confident he had Trump’s backing for his deadly war on drugs.

“He said something about: ‘You know, you handle it very well’,” he told reporters.

Duterte might also expect support from Japanese Prime Minister Shinzo Abe, who struck the pose when the pair met in Tokyo last year.

A photo posted by Duterte’s aide on Facebook showed the two men smiling along with their officials, who also raised their fists against the backdrop of Japanese and Philippine flags.

Abe, whom Duterte has called a “true friend,” has not criticized the drug war.