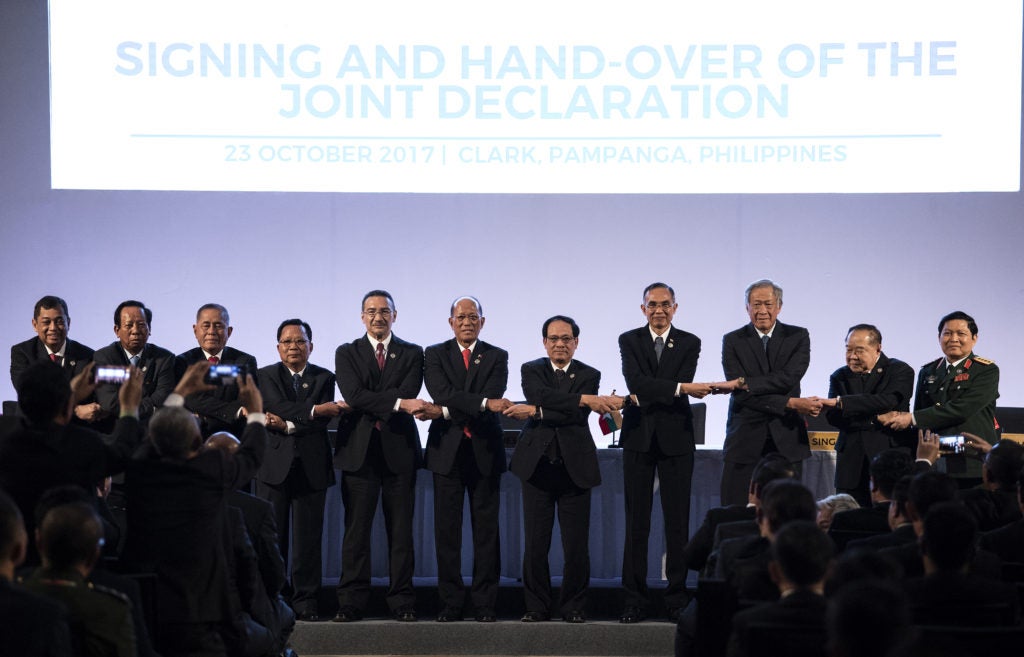 Terrorism was expectedly in the spotlight at the meetings of the defense ministers of the Association of Southeast Asian Nations (Asean) held late October at Clark Freeport, a former US base north of Manila.

Ahead of the meetings of the Southeast Asian and world leaders in November were the Asean Defense Ministers’ Meeting (ADMM), described as “the highest defense consultative and cooperative mechanism in Asean,” and the ADMM-Plus, the meetings that involve non-Asean states. These meetings were the two major events related to defense and security.

The meetings come at a time that the region is facing the challenges against the Islamic State. On Oct. 23, the first day of the ADMM, Defense Secretary Delfin Lorenzana announced the termination of combat operations in Marawi after five months of fighting against IS-inspired terrorists.

The Philippine military even won the praise of visiting US defense minister Jim Mattis, saying that the armed forces had sent “a very strong message” to the terrorists.

At a joint statement released by Asean defense ministers, they condemned “in the strongest terms the attacks carried out by violent extremists across the world, particularly in Southeast Asia including the attack by the Maute Group in Marawi City, Philippines, which led to casualties, destruction of properties, and displacement of people, among others.”

They also vowed to work together on countering all forms of terrorism and violent extremism.

Other shared concerns by the defense ministers were the South China Sea dispute and North Korea’s provocations with its nuclear programs, and non-traditional security threats.

The meetings were capped off with a handover of the chairmanship of the ADMM from the Philippines to Singapore.

Defense Minister Ng Eng Hen said Singapore will focus on “regional counter-terrorism collaboration,” “[growing] collective capability for chemical, biological and radiological threats,” and “[promulgating] the use of practical confidence-building measures in the aviation and maritime domains.”

He said the Marawi siege was a “wake-up call” to Asean countries and that terrorism will continue to be a priority in their meetings. /je