Apec trade ministers fail to issue statement due to US concerns 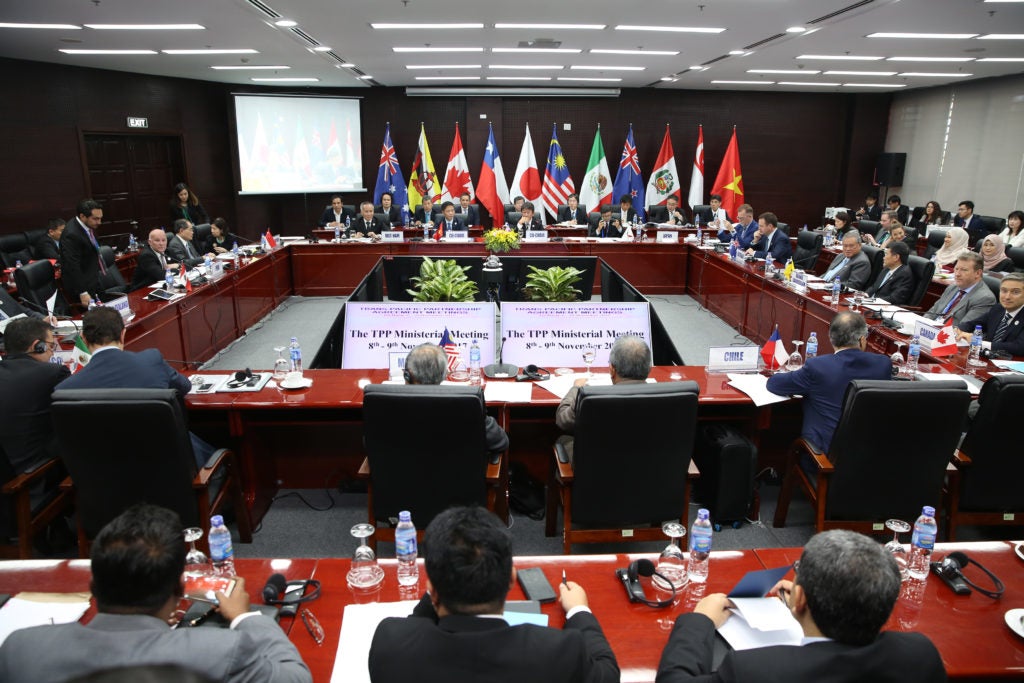 Trade ministers and delegates from the remaining members of the Trans Pacific Partnership (TPP) attend the TPP Ministerial Meeting ahead of the Asia-Pacific Economic Cooperation (APEC) leaders summet in the central Vietnamese city of Danang on November 9, 2017. World leaders and senior business figures are gathering in the Vietnamese city of Danang this week for the annual 21-member APEC summit. AFP

Apec trade ministers for the first time failed to issue a statement on the outcome of their meeting here following the United States’ refusal to accept the language used such as free trade and protectionism.

The ministers from the 21 economies who met on Wednesday could not reach an agreement on the statement  as Washington was unhappy with the language which mentioned globalisation and multilateral trading system.

“The reason why the ministers statement has yet to be issued is because of differing views on multilateral trading system and the word protectionism in the statement that the US was unhappy.

“We understand why the US is doing this. They have big issues with China, Japan and Malaysia on the balance of trade where US felt that the big trade surplus is unfair trade.

“The US feels China and Japan have big surplus, blaming it  on unfair world trade system currently,” he added.

Mustapa lamented Apec economies used to speak in one voice, oppose to protectionism and support multilateral trading system but the situation has changed now.

“It doesn’t feel like we are in a tense atmosphere, but the reality is it is difficult for us to jointly agree on the text. This is quite unprecedented in Apec.”

He also said even officials had made a few attempts and come out with a compromise on the wordings and language.

“As I speak we are still struggling on the words,” he added.

ADVERTISEMENT
Read Next
Unprecedented challenges confront Apec—Vietnam president
EDITORS' PICK
PH preps for China virus: Question of when, not if
Museums ‘put to sleep,’ churches closed amid volcano’s unrest
Beyond water service: Maynilad builds massive infrastructure projects to clean up Metro Manila waterways
Get exciting deals and discounts when you download the new McDonald’s App
Seventh judge assigned to handle De Lima case
SM continues to send relief assistance to remote towns in Batangas
MOST READ
Lacson on Duterte’s threat to end VFA over Bato’s canceled visa: Where is the connection?
Part of Aurora Boulevard in Cubao closed from Jan. 25 – Feb. 1
The humiliating experience that changed Nash’s perception of soldiers
Corruption worsens: PH falls 14 notches to 113th spot in global index 2019
Don't miss out on the latest news and information.