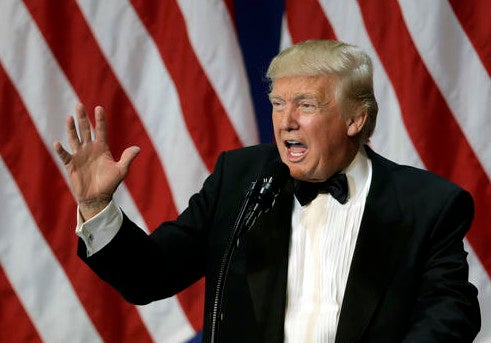 US President Donald Trump is just a few days into his first trip to Asia, but is already making waves with his administration’s wide use of the term “Indo-Pacific” on what is essentially an Asia-Pacific trip.

The idea of the Indo-Pacific is hardly new – in 2013, then Indonesian foreign minister Marty Natalegawa, and Indian prime minister Manmohan Singh referred to it, and Australia used it in a defence White Paper. But it has been mentioned repeatedly by the US government in recent months.

Trump, on his longest foreign trip to date as President, visiting Japan, South Korea, China, Vietnam and the Philippines, said yesterday (Nov 7) at a press conference in Seoul: “Our alliance is more important than ever to peace and security on the Korean Peninsula and across the Indo-Pacific region.”

Analysts say the term – with India and the US at each end of the geography – draws a larger sweep of US influence and alliances than “Asia-Pacific”. There has been discussion of the term in the Trump government, noted Professor Zachary Abuza, of the National War College in Washington DC.

The White House was using it now possibly as Trump has good ties with Indian Prime Minister Narendra Modi, and saw India as a strategic counterweight, he told The Straits Times over e-mail.

“When we’re talking East or South-east Asia, China dominates,” Dr Abuza added. “But when you widen the aperture, there is a countering force.”

Pacific Command (Pacom) chief Admiral Harry Harris Jr has called for its use, Dr Abuza wrote. Hawaii-based Pacom is the largest of the US’ six combat commands, covering the Indian and Pacific oceans.

Australia and US defence personnel have been using “Indo-Pacific” in the last three to four years, Emeritus Professor Carlyle Thayer of the University of New South Wales at the Australian Defence Force Academy, told ST over e-mail. And in the past one year, they have been using “Indo-Asia-Pacific”, he added.

“The US Pacific Command straddles both (the) Pacific and Indian Oceans. India is in the Pacific command, Pakistan is not. The terms privilege the maritime component of the region,” he added.

US Secretary of State Rex Tillerson, before an Asia visit that includes India, used the term “Indo-Pacific” no fewer than 15 times on Oct 18 as he spoke about the US-India relationship. He said: “Our nations are two bookends of stability – on either side of the globe – standing for greater security and prosperity for our citizens and people around the world.”

Dr Bharath Gopalaswamy, director of the South Asia Centre of the Atlantic Council, said the wide use of the term shows the “stronger desire from the US administration for India to play a more prominent and significant role in the region”. “It also signals that the US sees India not merely in an Indo-Pak(istan) or a South Asia framework but rather more broadly in the Asian region,” he added, in an e-mail interview.

It was not about containing China, said the senior official. Yesterday, the US envoy in Tokyo, Ambassador William Hagerty, said Mr Trump will elaborate on why he and other White House officials have started to refer to the Asia-Pacific as the Indo-Pacific by the end of his tour of the region. Mr Trump had discussed the concept with Japan’s Prime Minister Shinzo Abe, he added.

The use of the term has led to talk that the US aims to revive a four-way alliance with Japan, Australia and India to deal with a rising China.