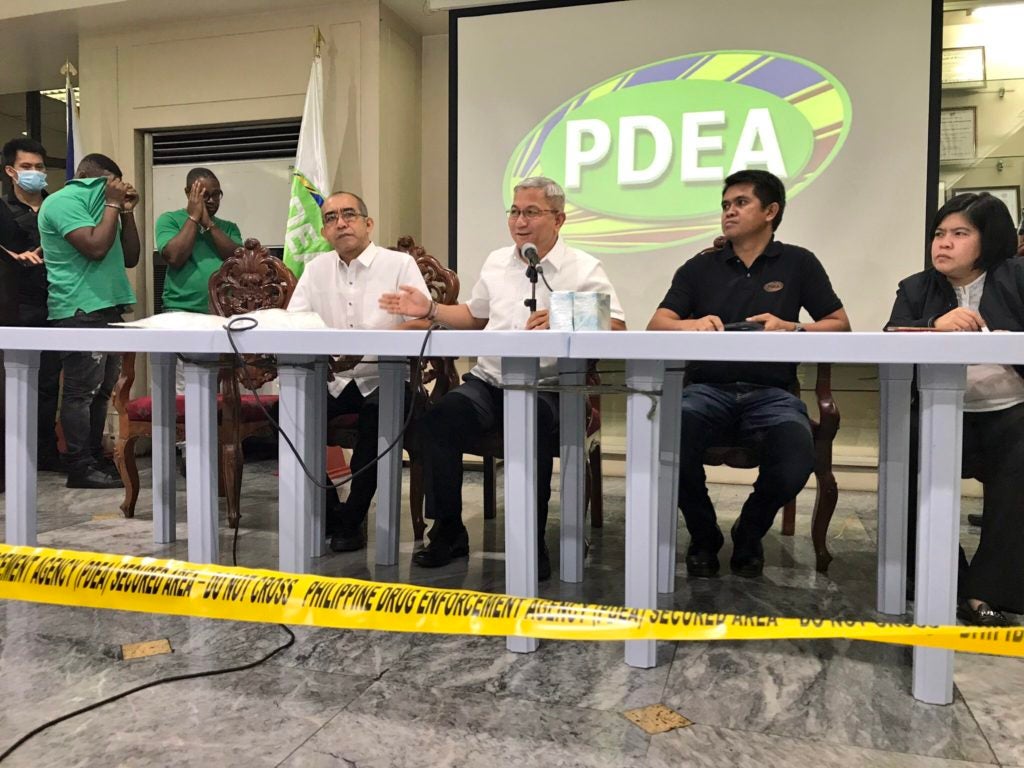 PDEA seized P6 million worth of “shabu” from two Nigerian nationals (extreme left) in Cavite on Wednesday. PDEA Director General Aaron Aquino said they are the 99th and 100th members of the West African drug syndicate arrested in the country since 2009. Julliane Love de Jesus/INQUIRER.net

Authorities seized P6 million worth of “shabu” from two Nigerian nationals who allegedly are members of the African Drug Syndicate (ADS) in an entrapment operation in Kawit, Cavite on Wednesday morning.

Philippine Drug Enforcement Agency (PDEA) Director General Aaron Aquino presented to the media Solomon Anochiwa and Desmond Ozoma, both residents of Parañaque City, the 99th and 100th members of the ADS arrested in the country since 2009.

During the press conference, Aquino said the syndicate has members marrying Filipino citizens who later agree to become their drug mule.

Both Anochiwa and Ozoma are married to Filipino women. They also have two children with their respective wives.

The suspects were arrested after selling three plastic bags containing 1,011.1 grams of shabu (metamphetamine hydrochloride) to an agent along Centennial Road.

Also seized from the possession of the suspects were one mobile phone and one Toyota Altis colored silver, with plate number YAX-234.

“According to intelligence report, Anochiwa and Ozoma are ADS members operating in the Philippines and are actively engaged in large scale distribution of shabu in Bicol Region, Calabarzon and National Capital Region (NCR),” Aquino said.

The information that led to their arrest came from four drug personalities arrested in Naga City last Nov. 4.

The two suspects are temporarily under the custody of the PDEA jail in Camp Vicente Lim, Calamba City, Laguna. Charges for violation of Section 5 (Sale of Dangerous Drugs), Article II, Republic Act 9165, or The Comprehensive Dangerous Drugs Act of 2002, were filed before the Provincial Prosecutors Office, Imus, Cavite. /je