Donald Trump’s Asia visit: A test of US intentions in Indo-Pacific 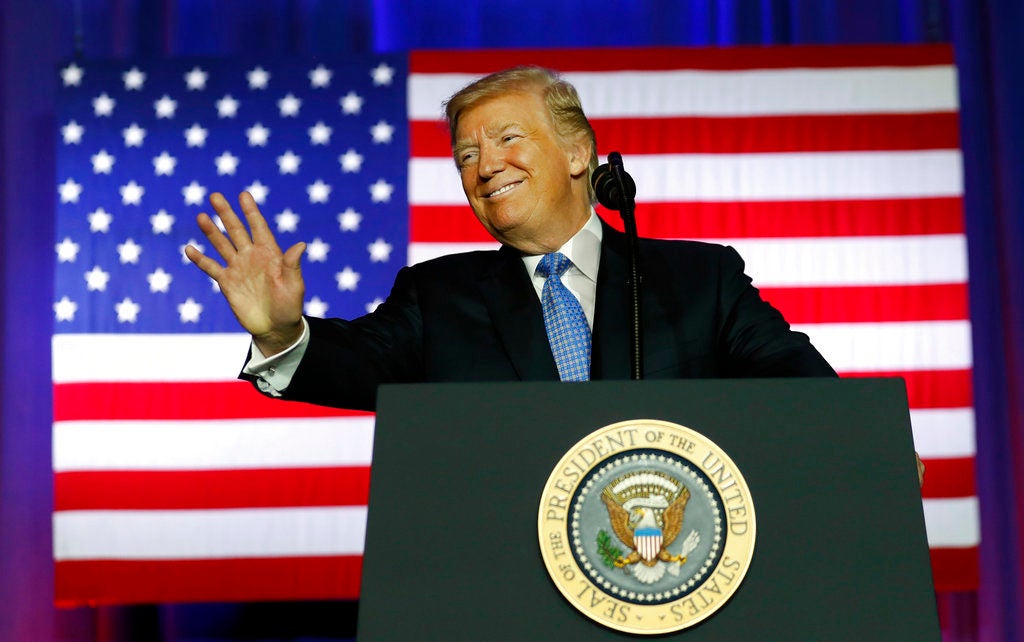 WASHINGTON — President Donald Trump leaves for Asia this Friday (Nov 3), with a stop in Hawaii, where he will visit the Pacific Command headquarters to receive military briefings, likely in relation to North Korea.

North Korea is sure to be top of the agenda when he visits Japan, South Korea and then China.

A second key agenda item will be trade terms and market access for the US, particularly in China, as the Trump administration seeks to “rebalance” trade relationships in which the US is in deficit.

He will be accompanied by his wife Melania on “at least part of the trip”, said the White House.

Analysts are only cautiously optimistic about the trip, reflecting uncertainties over whether the US has the will to remain engaged in the region, or will allow it to slide into the sphere of influence of an increasingly assertive China.

At a media background briefing last night, a senior White House official tried to put to rest such doubts, saying Trump’s trip will be his longest foreign one to date.

He told reporters the trip would underscore Trump’s “commitment to long-standing US alliances and partnerships and reaffirm US leadership promoting a free and open Indo Pacific region”.

“The narrative that there is uncertainty that the President is committed to the region is an odd one,” he added, noting Trump has made 42 calls to Indo Pacific leaders, and hosted 10 since he took office in January. The trip would also be the longest to the region of any US president in more than 25 years, he said.

In South Korea,  Trump will likely visit Camp Humphreys, the US military base south of Seoul. He will address the South Korean parliament to reassert the US’ commitment to its ally.

Trump, who apparently gets on well with President Xi Jinping, is likely to pressure China on North Korea as well as bilateral trade terms and market access.

But  Xi, emboldened by his re-election at the recent Party Congress, would likely exact a quid pro quo, wrote Emeritus Professor Carl Thayer at the Australian Defence Force Academy of the University of New South Wales in an e-mail.

He added: “Trump’s combative polarisation of American society and the rancour of the discourse in Washington cuts the foundations of a soft power – the ability to attract others to be more like the United States.”

President Xi had “moved into this void with a condemnation of Western liberal values”, he added.

Ms Shannon Hayden, associate director of the South-east Asia Programme at the Centre for Strategic and International Studies, said countries in the region “will be sizing Trump up”.

“They will observe the contrast between China’s highly-choreographed 19th Party Congress last week that further consolidated Xi’s position and Trump’s own failure to pass any major legislation at home, despite majorities in Congress.”

Dr Lynn Kuok, a non-resident fellow at Brookings Institution, said Trump’s withdrawal of the US from the Trans-Pacific Partnership gravely hurt US credibility, and restoring the region’s trust will take time. “Asia has for decades been insecure about US commitment to the region,” she said. “But this insecurity takes place in a very different context today.

China is stronger and more assertive than before.”

“It will be important for President Trump to demonstrate personal commitment to a region worried about alliances and partnerships coming undone at whim and fancy,” she added.