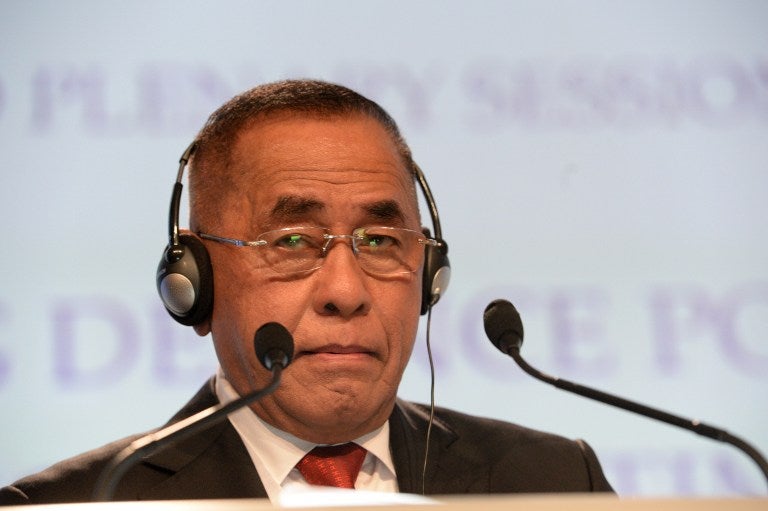 Asean member-countries have baked Indonesia’s proposal for a “mini-Interpol” – dubbed Under Our Eyes – to combat regional terrorism that is now seen as Asean’s biggest security threat.

Indonesian Defense Minister Ryamizard Ryacudu raised the idea at the annual Asean Defense Ministers Meeting in the Philippines, which wrapped on Monday with ministers stressing the need to address the “threat of radicalism” by making the peoples of the Asean aware of the perils of violent extremism, China Daily reports.

Ryacudu pointed to the threat that foreign militants loyal to the Islamic State in Iraq in Syria (ISIS) would retreat to their neighboring countries to rebuild bases after losing their five-month-long battle for Marawi City in the southern Philippines this week.

Multilateral security links between six regional countries, he said, would keep the terrorists at bay, reports the Jakarta Post. “This preventive measure will provide us with extensive information about the existence of terrorist groups in Asean countries. Thus, we can destroy them before they get larger,” Ryamizard said.

“They really went to hell. Others did not make it,” he told a crowd on Sunday.

He also warned the public to be prepared for possible retaliation from Maute and Abu Sayyaf terrorists group after their defeat in Marawi, reports the Philippine Daily Inquirer.

Malaysian Defense Minister Hishammuddin Hussein said he could see the importance of Our Eyes and would support it “all the way.”

The Jakarta Post reports that several countries have expressed support for the initiative, saying it could play a significant role in maintaining the security of Asean.