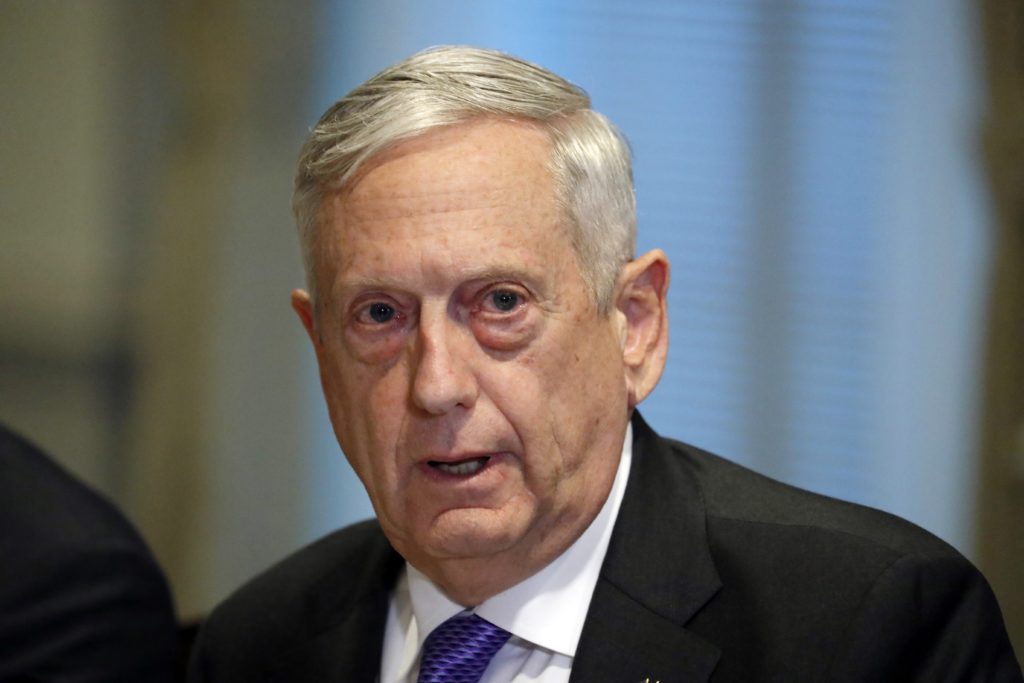 CLARK FREEPORT — US Defense Secretary Jim Mattis on Monday praised the Philippine military for its counterterrorism efforts in Marawi City, which had been seized by pro-Islamic State (IS) terrorists.

Government troops wrested Marawi back from Maute and Abu Sayyaf terrorists and the authorities declared an end to the fighting on Monday after 154 days of fierce battles that killed more than 1,000 people, mostly terrorists.

“It was a tough fight. The Philippine military has sent a necessary message to the terrorists,” Mattis said as he kicked off a weeklong trip to Asia that included meetings with Philippine defense officials.

Mattis arrived at Clark, which was once home to the US Air Force in Asia.

His trip, which also includes stops in Thailand and South Korea, comes just weeks before US President Donald Trump’s first visit to Asia.

Trump has been locked in a war of words with North Korean leader Kim Jong-un, calling him a “rocket man” on a suicide mission for openly pursuing a nuclear-tipped missile capable of hitting the United States.

In a speech at the United Nations last month, Trump threatened to destroy North Korea if necessary to defend the United States and its allies.

Mattis said he would talk with Asian allies about North Korea and the crisis caused by Pyongyang’s “reckless” provocations.

Mattis, who has emphasized diplomacy, was expected to meet both his Japanese and South Korean counterparts on Monday before meeting with all three of them together.

He will attend a meeting from Monday to Wednesday of defense ministers from the Association of Southeast Asian Nations (Asean).

He will go to Seoul later in the week for more defense talks.

“I will talk with my counterparts, discussing the regional security crisis caused by the reckless North Korea provocations but also discuss our respect for shared values like sovereignty of the states, their territorial integrity, freedom of navigation through historically international waters, and fair and reciprocal trade,” Mattis told reporters.

Trump’s trip next month will include a visit to China, which he has been pressuring to do more to rein in North Korea’s missile and nuclear programs.