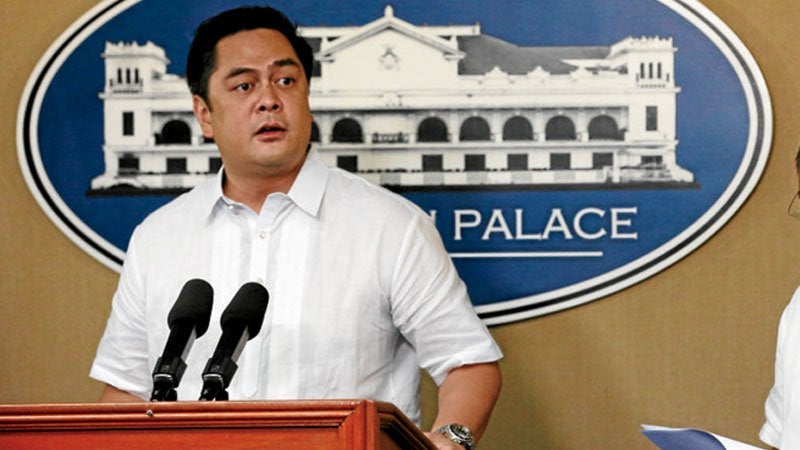 Presidential Communications Secretary Martin Andanar on Saturday decried as “meddling” the Inter-Parliamentary Union’s (IPU) plan to send an observer to the trial of Sen. Leila de Lima who is detained on drug charges.

“The Inter-Parliamentary Union’s recommendation to send an observer to monitor the case of Senator Leila de Lima is a classic example of bullying,” Andanar said in a statement.

“We should stand up to this kind of meddling into our domestic affairs,” he added.

Andanar claimed that the IPU’s plan to send an observer was not just meant to keep an eye on the case of De Lima.

“Their intent is not to merely observe De Lima’s trial by our laws, but to meddle in our democratic as well as judicial processes,” he said.

He said previous pronouncements from the IPU “portray the Philippines as a lawless nation when there is abundant evidence to the contrary.”

According to its website, the IPU is made up of national parliaments from around the world, and seeks to “protect and build global democracy through political dialogue and concrete action.”

Andanar made the statement as De Lima on Friday welcomed the IPU move to send a trial observer.

“Despite the Duterte administration’s obvious effort to intimidate and silence me through my continued unjust detention, I am grateful that the [IPU] vows to fight for my right to fair trial,” De Lima said in a statement from Camp Crame where she is detained.

De Lima pointed out that the IPU adopted the human rights committee’s report and recommendation for the body to send a trial observer to monitor her drug cases before the assembly adjourned in St. Petersburg in Oct. 18.

In its 16-page report last July, following a three-day mission in the Philippines in May, the IPU cast doubt on the evidence presented in each of the three drug charges filed against De Lima.

“There are general concerns about the over-reliance on testimonies by convicted drug lords, not only because they are proven criminals but because these individuals have an axe to grind with Sen. de Lima,” stated the report.

It also said that should the criminal cases against De Lima proceed, it recommends that an IPU trial observer should monitor and report on the legal proceedings “for fair trial standards.”

The IPU also called on Senate President Aquilino Pimentel III to ensure that De Lima’s rights were not violated and that she can participate again in legislative work.

“I thank the IPU for defending my causes and vouching for my integrity. I know that my fight is not my fight alone as this is the fight for human rights, democracy and rule of law,” De Lima said.