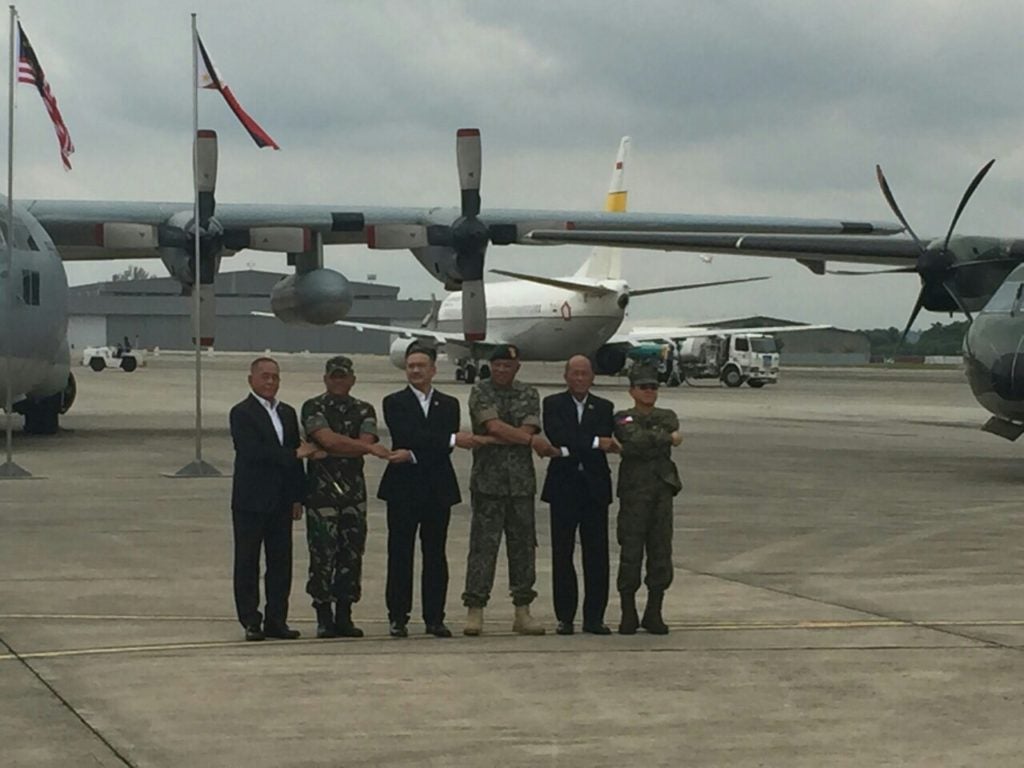 The Philippines, Malaysia and Indonesia launched trilateral air patrol operations on Thursday in a bid to fight Islamic State militants in the region.

“This complements the trilateral maritime patrol for the common area of maritime interest among these countries,” AFP spokesperson Maj. Gen. Restituto Padilla said.

The launch was held at Subang Air Base in Malaysia at 2:30 p.m.

“Air assets will patrol regularly the areas of common concern, especially in the light of threat posed by the Daesh [ISIS],” Padilla said.

“We need to maximize and harness soft power approaches to keep our region safe,” he added.

Staging points will be in Tarakan for Indonesia, Bongao for Philippines, and Tawau for Malaysia.

The patrols will be monitored from a maritime coordinating center.

“A host country will use their assets with other nations patrol teams aboard,” Padilla said.

Present at the launch were the defense ministers from Malaysia, Philippines and Indonesia, along with their military and air chiefs.

The military collaborations comes amid the ongoing conflict in Marawi, where IS-linked local terrorists tried to establish a wilayat or provincial territory of the IS.