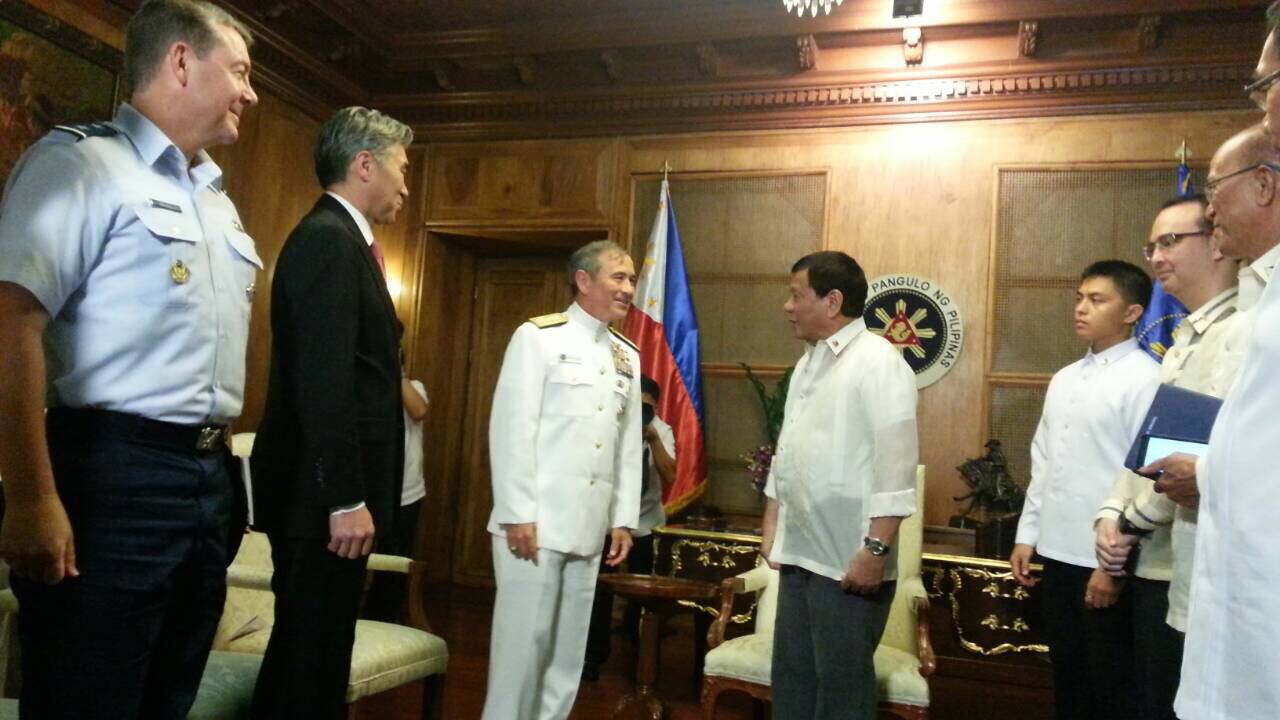 Duterte made the call as he urged the Philippines’ allies to show solidarity to stop the Kim from playing with “dangerous weapons.”

Leaders of the Association of Southeast Asian Nations (Asean) had earlier expressed concerns over the nuclear and missile tests being conducted by North Korea and urged the communist nation to practice “self-restraint” amid rising tensions in the region.

“It’s good to raise our awareness actually now,” Duterte said aboard an Australian Navy ship, the HMS Adelaide, which is docked in Manila for a visit.

“And it would be also to our advantage if you just go around showing solidarity with the rest of the world,” he added. “Not only because we face so many challenges and threats, but the small guy there in North Korea is playing with dangerous weapons.”

The President said countries near North Korea would also be placed in jeopardy if the communist country would continue with its nuclear missile tests.

“And I hope it would not deteriorate into something violent, but you can never know what’s in the criminal mind,” Duterte said.

“And that is why we reiterate our full support with our Australian friends, Americans, and even Chinese, Malaysian, all, to show to this one guy that he has to stop threatening the world. Because he runs the risk of being destroyed first,” he added.

He said China could be “the only monkey wrench” in the violent plans of North Korea.

“China appears to be the only monkey wrench in the violent plans of Kim Un… Un Jun… I can’t even pronounce the goddamn stupid name. You have to keep watch over him. And it is always good to be prepared,” he said.

The chief executive said China was also worried about “any fallout” because “it’s just a neighbor” of North Korea.

“And any distraction using nuclear bombs, nuclear arms, would destroy Southeast Asia immediately. And the Philippines is no exception,” Duterte said. /atm