President Rodrigo Duterte has joined several world dignitaries to attend the golden jubilee celebration of Sultan Hassanal Bolkiah’s accession to the throne at the Istana Nurul Iman in Brunei Darussalam on Friday.

Duterte flew to Brunei to “rub elbows” with other dignitaries attending the grand celebration. 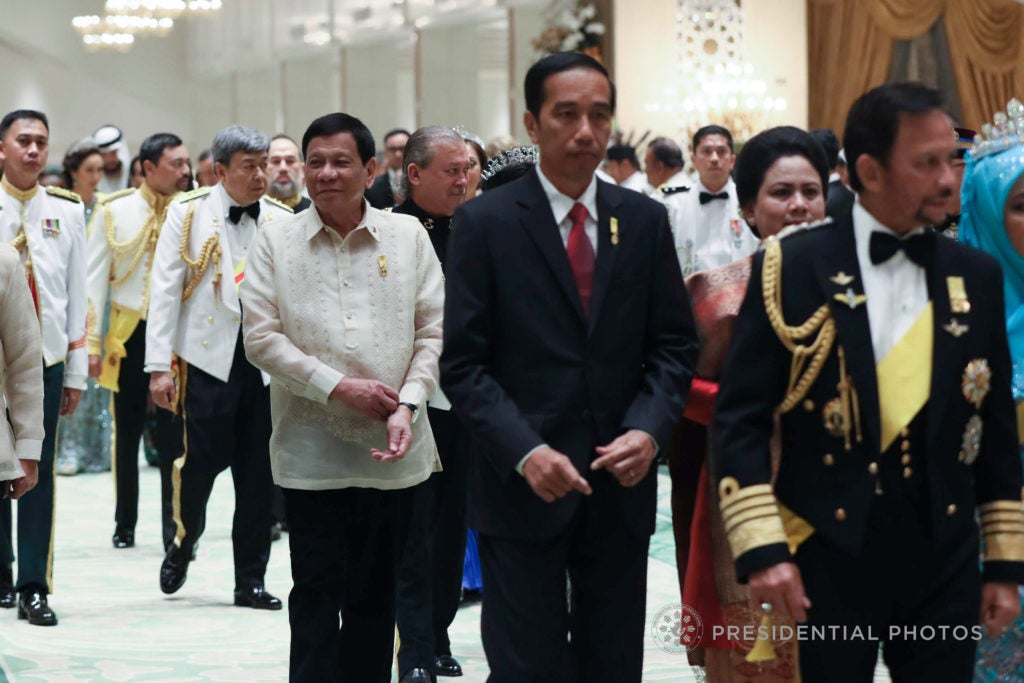 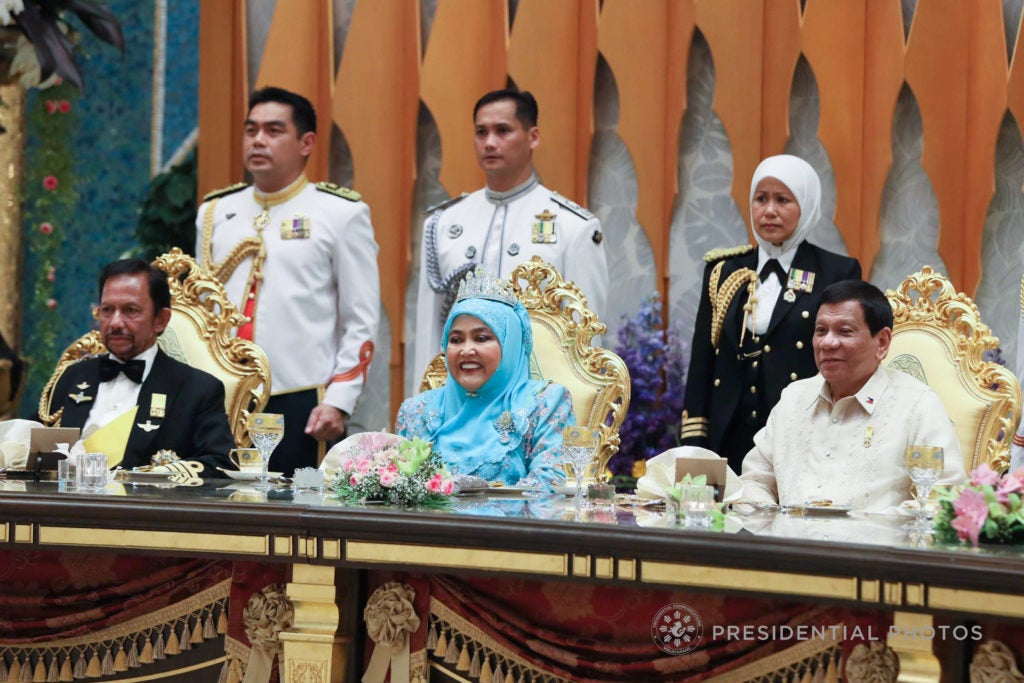 President Rodrigo Duterte at the dignitaries’ table with the royalties. PRESIDENTIAL PHOTO 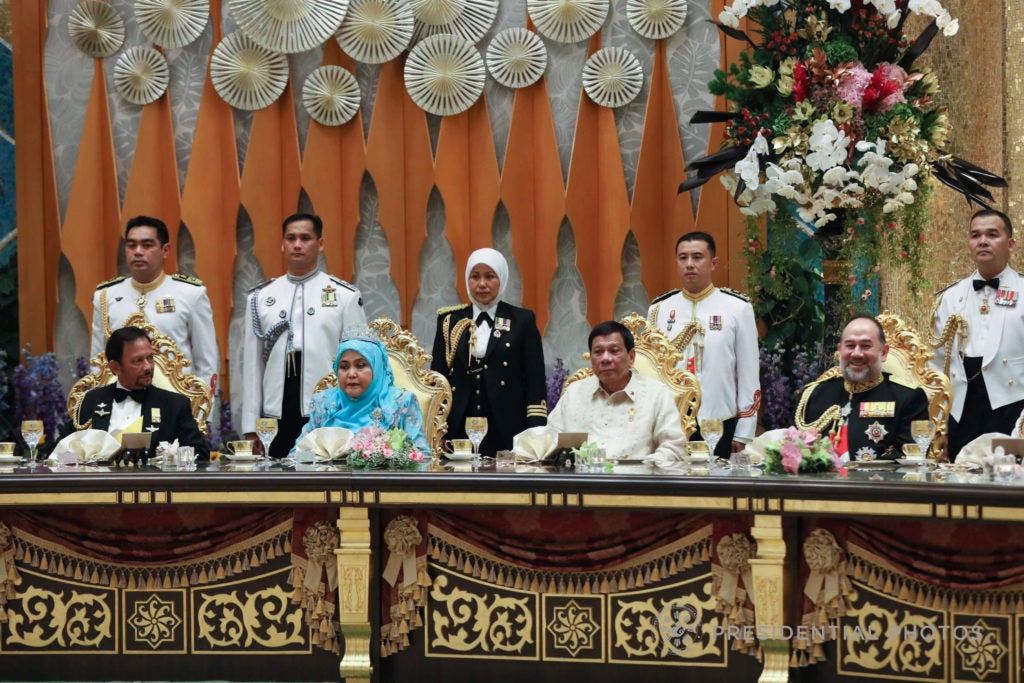 President Rodrigo Duterte breaks bread with Sultan Hassanal Bolkiah and his wife Pengian Anak Saleha in the banquet during the golden jubilee celebration of the Sultan’s accession to the throne at the Istana Nurul Iman in Brunei Darussalam. PRESIDENTIAL PHOTO 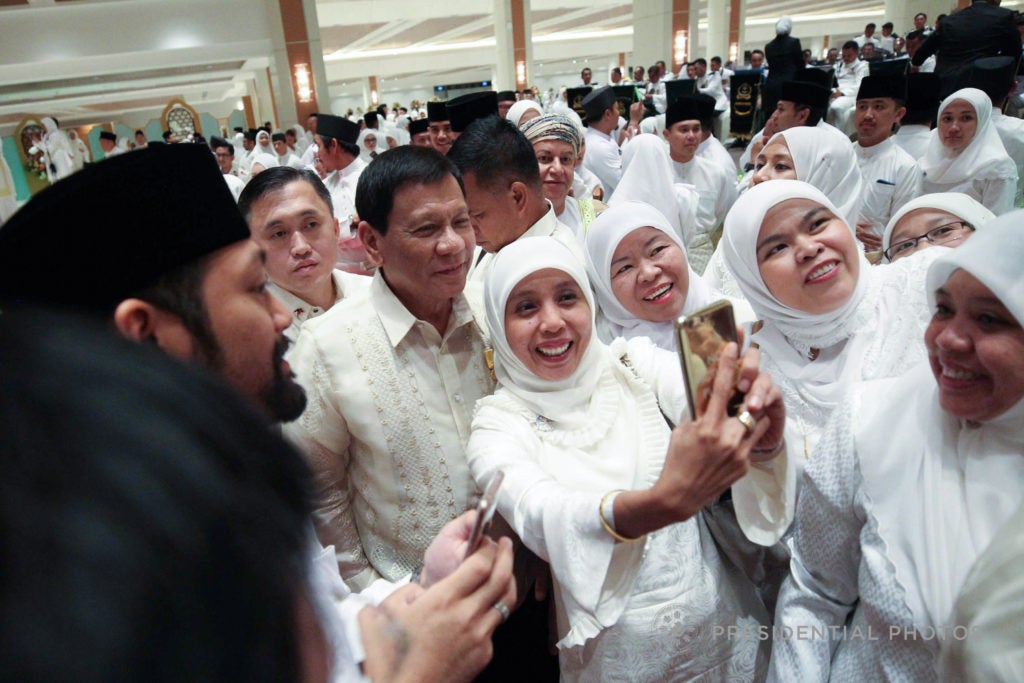 President Rodrigo Duterte grants a selfie opportunity to the attendees during the golden jubilee celebration of Sultan Hassanal Bolkiah. Also in the photo is Special Assistant to the President Bong Go. PRESIDENTIAL PHOTO 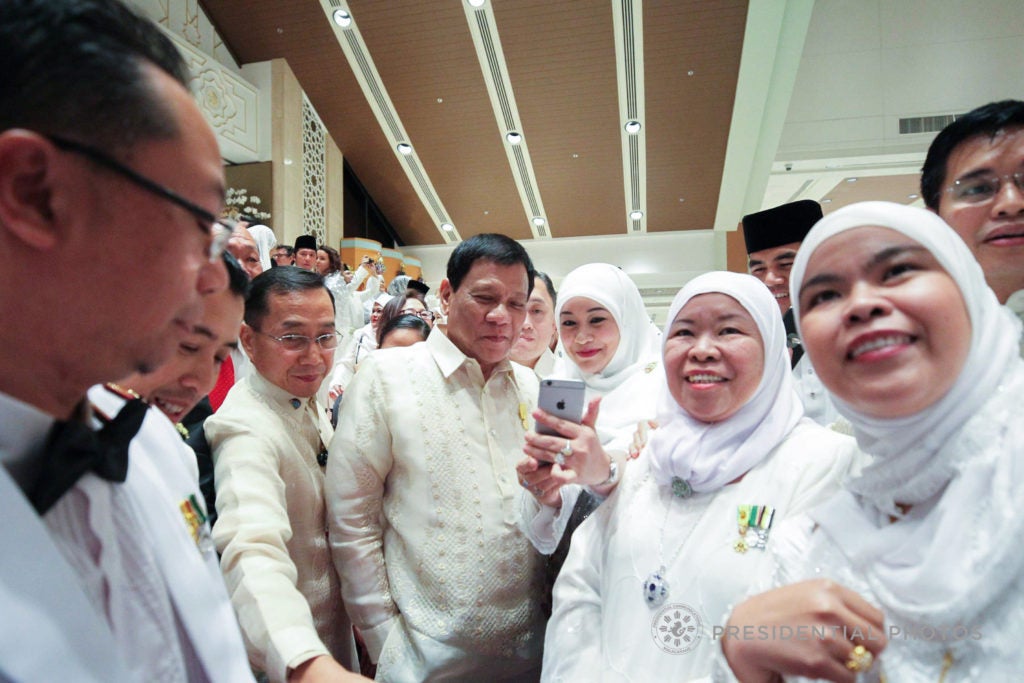