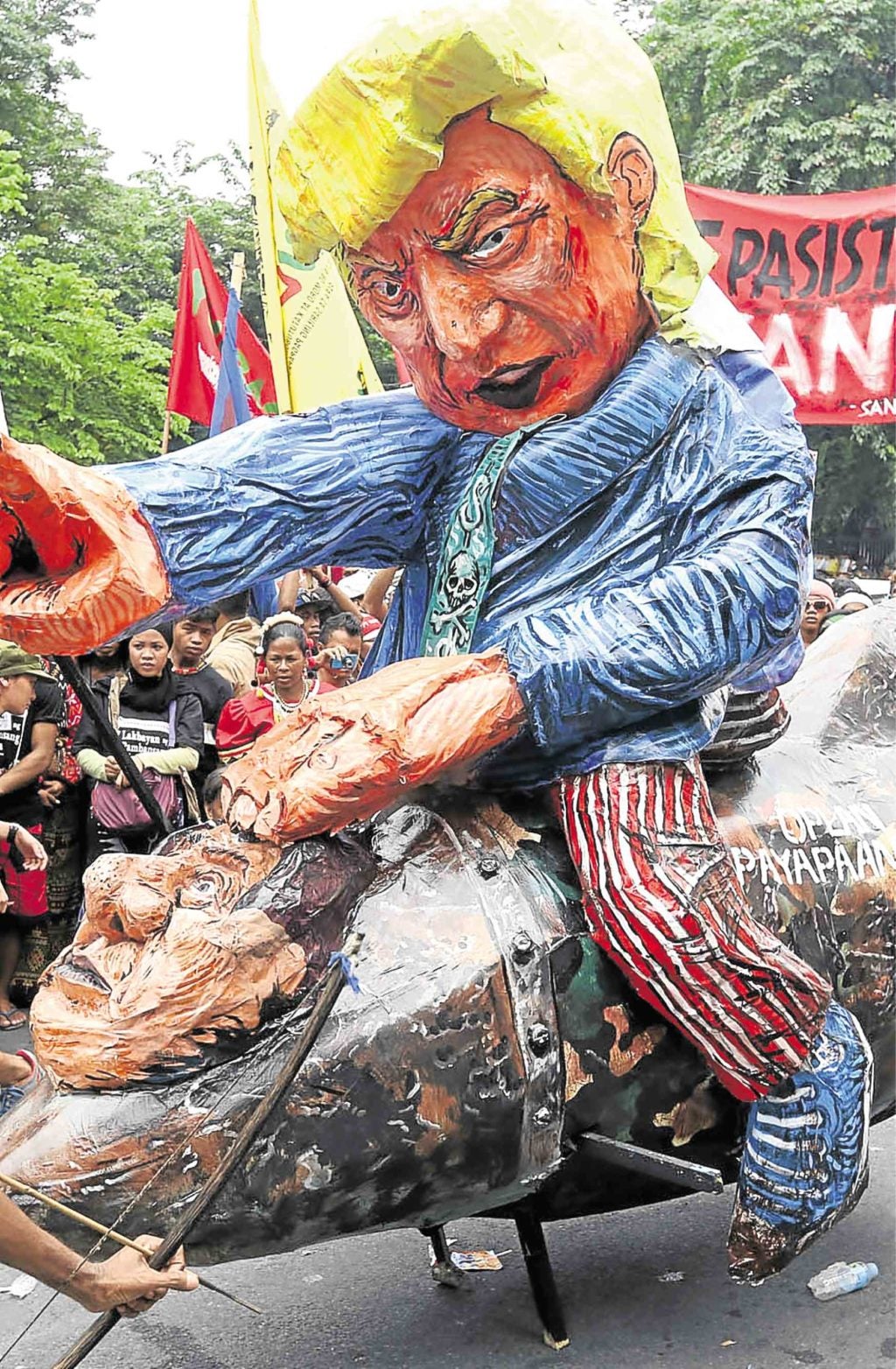 Security will be tight for the Asean summit as rallies like this on Sept. 15 featuring an effigy of Trump were expected to greet the arrival of the US president, who has confirmed attendance at the summit in November. —MARIANNE BERMUDEZ

The Association of Southeast Asian Nations (Asean) security task force has asked motorists to steer clear of routes that will be used for a convoy dry run on Sunday in anticipation of the arrival of heads of state in November.

The dry run routes for the Asean summit include the southbound lanes of Subic-Clark-Tarlac Expressway,  North Luzon Expressway and Edsa.

Emmanuel Miro, chair of the technical working group for traffic management of the Metropolitan Manila Development Authority (MMDA), said motorists should expect traffic disruptions on Oct. 8 from  Diosdado Macapagal International Airport at Clark Freeport in Pampanga province,  to Conrad Hotel Manila in Pasay City,  due to the convoy dry run by the Asean task force.

Miro said a “modified stop-and-go scheme” along the convoy route would be implemented in preparation for the 31st Asean summit in November.

The dry run is essential in harmonizing the traffic plans for Asean delegates “to have seamless movement from one place to another,” he said.

“We appeal to motorists to bear with us during the dry run because we have to undertake the necessary preparations to ensure the safety and security of our Asean delegates during the actual event,” the MMDA official said.

Motorists should take alternate routes to avoid being affected by the exercise, he said, adding that traffic would be put on full stop along the convoy route to enable the Asean task force to pass unhindered.

“The volume of traffic will determine the duration of the stop-and-go scheme on each intersection,” he said.