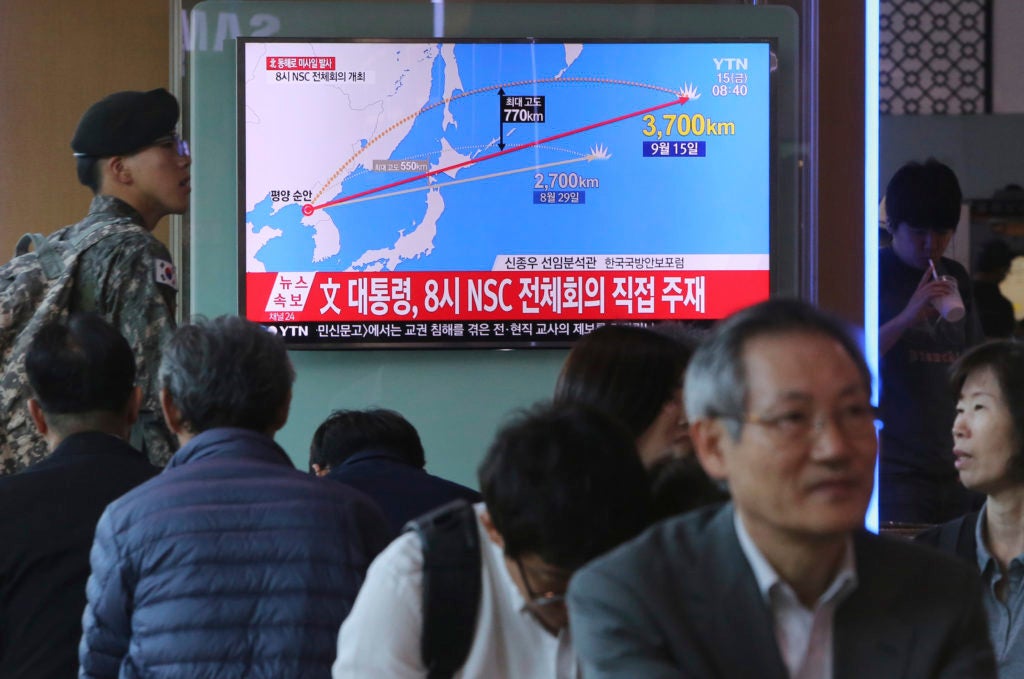 Defense Secretary Delfin Lorenzana on Friday expressed alarm over North Korea’s latest missile launch for a reason other than that it could ignite a nuclear war in the Korean peninsula that could lead to World War III—Pyongyang’s missiles could hit the wrong targets.

He said there was a chance the ballistic weapon would miss its target and hit another country.

“That is a very dangerous act by North Korea. They keep sending those missiles out without any reason, except maybe to scare us here, the neighboring countries,” Lorenzana said.

“Second, their technology is not accurate. They may be aiming for some other (target), but it will drop into another country like the Philippines,” he added.

North Korea had announced it was targeting the US territory of Guam for a nuclear attack. The new missile launched by Pyongyang traveled a distance of 3,700 kilometers which puts Guam, about 3,400 km from the North, well within its range. The Philippines is about 3,100 km from North Korea.

According to Lorenzana, President Duterte was “very much concerned” about the North Korean missiles. But the defense chief added that Mr. Duterte had a “fatalistic” attitude toward it.

Lorenzana said there was barely anything that the Philippines could do if a nuclear-tipped North Korean missile did hit the country although there were contingency plans in place.

The Philippines does not have underground bunkers or air raid shelters like those built in the United States during the Cold War with the then Soviet Union.

“I’m going to tell you what the President said,” Lorenzana said. “‘What can we do?’” the defense chief quoted his boss as saying.

“We cannot shoot this missile (down) so that it will not come here,” said Lorenzana, quoting Mr. Duterte still.

“Just go (about) your daily (routine), what you are doing regularly,” he said. “If it’s your time, it’s your time,” Lorenzana added, further quoting the President. “It’s very fatalistic,” he said.

“Maybe we will just pray and hope that the missile would drop somewhere in the Pacific Ocean,” he added.

But Lorenzana also said the Philippines was working with other countries to prevent the proliferation of weapons of mass destruction, which include nuclear, biological and chemical weapons.

“That’s the first thing we will do,” he said.

“Second, if something happens here, it will be treated as a disaster, a human-made disaster,” Lorenzana added.

“Hopefully, the first responders will survive the attack and we can respond. We have some contingencies also to deal with that,” he said.

The Philippines is also working on an evacuation plan for Filipinos living in areas that Pyongyang is targeting, like South Korea, Japan and Guam, he said.