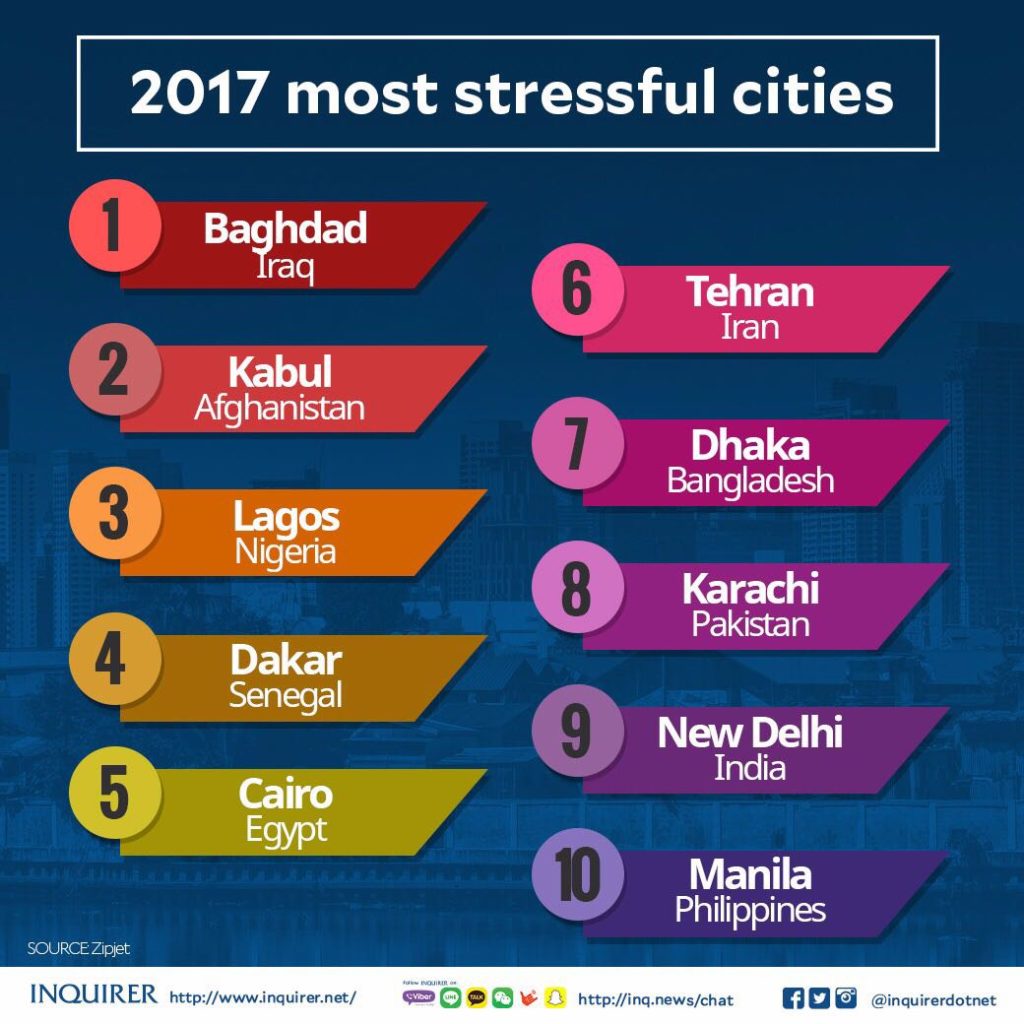 Manila is one of the most stressful cities in the world, more stressful than the war-torn city of Damascus in Syria, a study and research by a U.K. private firm revealed.

The Philippine capital ranked 10th in the 2017 Global Least and Most Stressful Cities Ranking by Zipjet, a London-based dry cleaning and laundry service provider.

Iraq’s Baghdad topped the most stressful city list with a score of 10 points, while Kabul in Afghanistan is trailing on second place with 9.98 points.

Meanwhile, in the ranking for the least stressful cities in the world, the German city of Stuttgart ranked No. 1 with a score of 1 point.

The research studied 500 cities and measured the different factors that affect an individual’s stress levels, including unemployment, debt per capita, traffic, public transportation, security, pollution, density, as well as mental and physical health.

Manila ranked as the sixth densest city in the world and the sixth city with the least perception of security.

Asian and African cities dominated the most stressful cities list while European cities ruled the least stressful, with four German cities making it to the top. /jpv