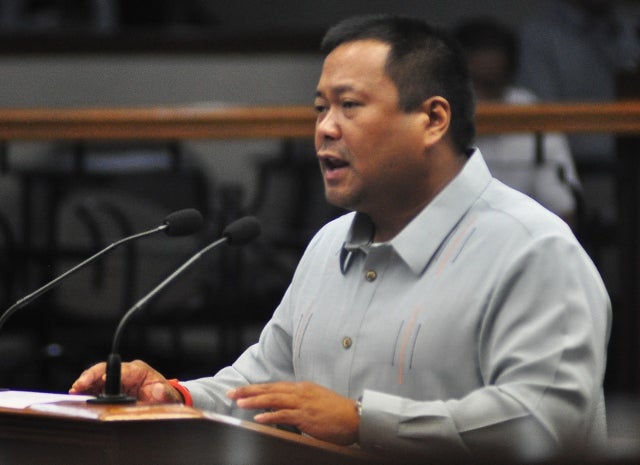 Sen. Joseph Victor Ejercito suspects that China is purposely turning a blind eye to shipments of illegal drugs to the Philippines.

“It’s like the Opium Wars in the 18th century [when China’s Qing dynasty battled the opium trafficking of foreign traders, mostly British],” Ejercito said in a statement on Friday.

“The situation at present is quite parallel, only that some Chinese are possibly [now] the major source and instigators of drug shipments to the Philippines,” he added.

Ejercito said China could help stem narcotics shipments to the Philippines if it really wanted and urged Manila authorities to coordinate closely with Beijing.

“If they’re really a sincere ally, they can put a stop to the shipments of illegal drugs to the Philippines, thereby nipping in the bud our problem,” he added.

The Senate is currently investigating the P6.4-billion worth of “shabu” (crystal meth) smuggled into the country in May under the noses of the Bureau of Customs. The illegal shipment came from Xiamen, China.

He said the illegal drugs campaign could never be won if it was confined to the streets, killing small narcotics retailers, pushers and drug addicts.

“This strategy will only pile up [bodies],” he said, adding that he hoped to soon see the arrest of a “big fish” in the illegal drug trade.

Sen. Grace Poe on Thursday has filed a resolution seeking an investigation into the rise of teen killings, saying that while authorities had described these deaths as “collateral damage” in the crackdown, these must be considered as heinous crimes no matter how few and rare.

“It is imperative to determine whether these killings were arbitrary executions caused by excessive, disproportionate and illegitimate use of force of law by law enforcement officers,” Poe said in filing Senate Resolution No. 498.

She cited in particular the murders of Delos Santos, Arnaiz and recently that of De Guzman, who was found in a creek in Gapan, Nueva Ecija province with multiple stab wounds and his face covered with packaging tape.

She also noted reports that 54 others aged 18 and below had been killed so far in either police operations or vigilante-style killings since July 2016.