Australia to train PH troops in fight vs ISIS 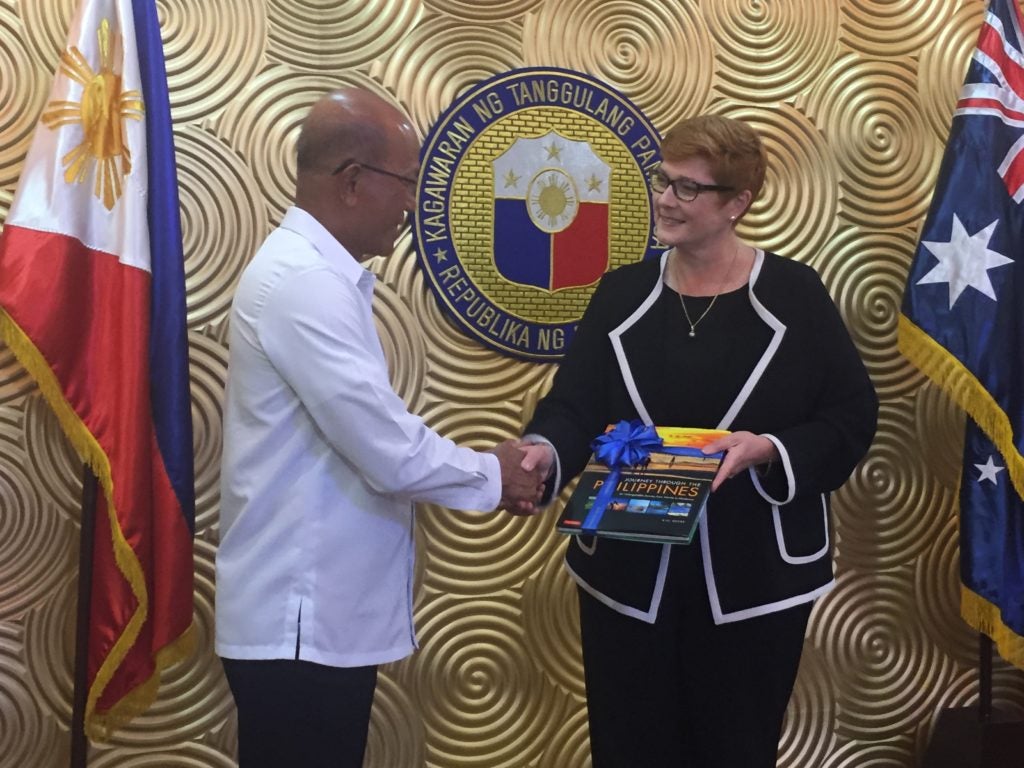 Australia has offered to send a small batch of troops to the Philippines to provide specialized training to Filipino soldiers amid the ongoing conflict in Marawi City.

“As we all know we have a long history of military cooperation in training and exercise with the Philippines. What we’ve discussed is the deployment of small ADF (Australian Defense Force) teams that might be able to provide specialized training to the Armed Forces of the Philippines,” Australian defense minister Marise Payne said in a press briefing at Villamor Air Base on Friday after a meeting with her counterpart, Defense Secretary Delfin Lorenzana.

But the small teams of Australian forces will be within the Philippine military bases and will not join any anti-terrorism operations.

“It will not look good if (they) will be bringing troops to fight the war here,” Lorenzana said.

“We have sufficient troops to fight in Marawi,” he said.

Australia’s latest offer of military assistance comes after it sent two P3 Orion surveillance planes to help the fight against ISIS-linked terrorists in Marawi and other areas in Mindanao last June.

The fighting between government forces and terrorists started last May 23, and has killed hundreds from both sides, aside from civilians.

Lorenzana said the Australian troops can help train their local counterparts in information gathering and analysis,” he said.

Details of the latest assistance, including the start of training and number of troops, are still being ironed out by both sides.

Payne said the respective leaderships of both countries will “Put together an arrangement that’s best for us.”

“We are very committed to support the Philippines to defend itself against terrorist threats not only because we support our friends, but because we support Australia as well. It is a threat that we all need to work together to,” Payne said. JPV