‘UN ambassador’ insists on legality of ‘UN university’ in Bangkok 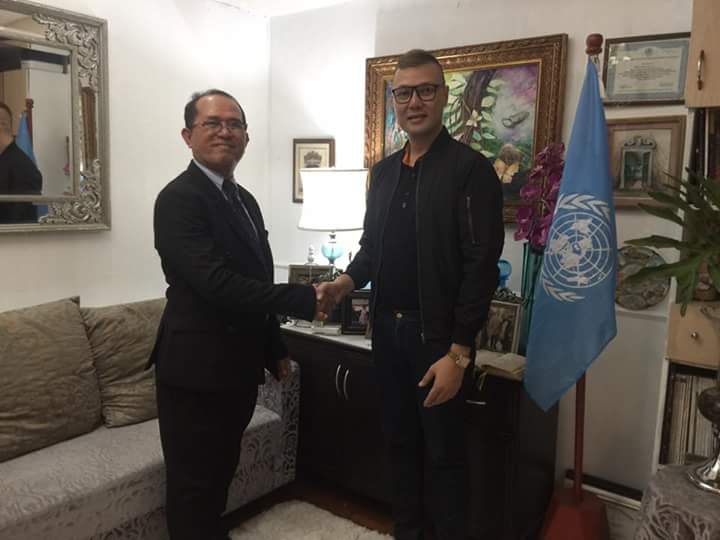 The Filipino president of a so-called United Nations Open University insists on the legality of its operation in Bangkok, Thailand.

Gion Gounet said on Friday that the UN International Open University of Humanity Health Sciences and Peace (UNIOUHHSP) had documents to operate.

“As of the moment, we are currently on the mandate for the legal office not to disclose any proceedings or comments not until they have completed fully our documentations,” told INQUIRER.net in a telephone interview.

Gounet, who calls himself as the “United Nations Ambassador of Goodwill for Visual Arts,” said that university officials started planning their next steps after INQUIRER.net published an exclusive report on their operation.

“I know that the damage has been done, but apparently we are duly registered. That’s just it for the meantime,” he said.

Last week, INQUIRER.net reported on the first commencement exercises of the university, which was led by Gounet and Edgar B. Eleguen as the “Consul Academic Dean of Indo-China Region.”

The university was operated by the same people who led the Duterte Partners for Change movement in Thailand.

In one of the documents obtained by INQUIRER.net, “students” were asked to deposit their payment to Partners for Change.

The pro-Duterte group also promoted the program in their social media accounts.

An unknown number of graduates were conferred with “masters and PhD degrees” and diplomas on peace mediation after attending a seminar, a written exam, and a rehearsal for the graduation rites.

All were conducted in one day for few thousand baht.

The “graduates” were promised that the diploma could be used to renew their teaching license from the Thailand Ministry of Education (Khrusapa).

They would also hold the title as “Peace Mediation and Special Arbitrary Officer” in the community.

The diploma also supposedly “boosts the graduates’ visa application in the countries that are members of the UN.”

The university heavily relied on Facebook to promote their activities and to recruit “students.” They targeted overseas Filipino workers who work as teachers and development workers in Thailand.

But on Friday, an hour after this reporter interviewed Gounet, the university Facebook page could not be accessed by the public. Apparently, the page had been taken down.

But a similarly named Facebook page that carries instructions for students could still be accessed.

Before the page was taken down, UNIOUHHSP posted this statement:

“The International Open University of Humanity Health Science and Peace is a Charter Intergovernmental Institutions which mainly aim to give higher education for Nations around the World with headquarters in California under the UN-IGO Systems and is established and recognized jointly by UN-IGO, UN Academic, UN ECOSOC (Status-Inter-Governmental Institutions), Commonwealth Higher Education Council, International Online Education Accreditation Commission, World Accreditation Board on Online Universities also recognized with International Council of Online, Open and Distance Education under Continue Higher Education Programs extending assistance to people working abroad and to indigenous communities with lowest tuition fees and with highest academic standards having faculty management globally and is administered by Diplomats of United Nations-IGO Systems, Government of Commonwealth, CoE also World Accreditation Board on Online Universities etc & recognize under Higher Education Accreditation board TEXAS Government Since 2014.” 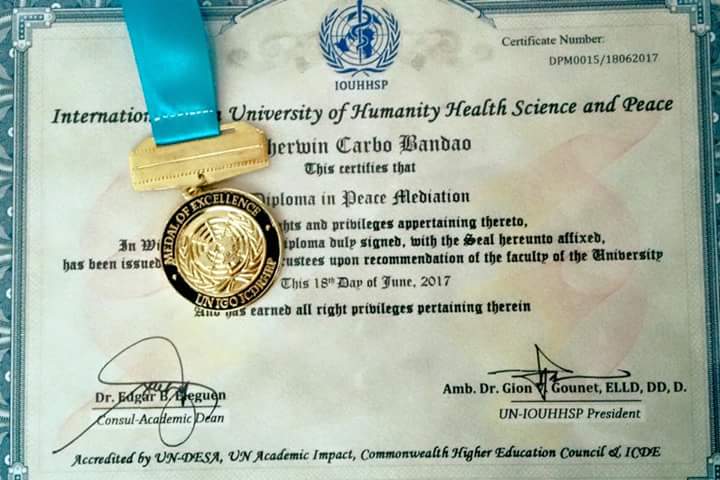 A diploma and a medal issued to a “graduate.” CONTRIBUTED PHOTO

They also published their email addresses ([email protected], [email protected]) which were registered with Gmail, Google’s email service, and not under any UN domain name.

Eleguen did not respond to INQUIRER.net’s requests for comments, but he asked for the news outfit’s e-mail address.

As of this writing, Gounet has not sent documentation that would support UNIOUHHSP’s affiliation with the UN.

After the news broke, many schools and organizations in the Philippines quickly denied their ties with the “fake” UN school.

The International Youth Council Pilipinas, Inc. (IYC), which partners with various UN agencies for their projects, took to Facebook to warn the public that Gion Gounet or Gibson Guibone (legal in name) was not a UN Ambassador of Goodwill nor affiliated with their organization.

“We did our background checking and found that he is NOT an ambassador he claims to be,” Alvin Dakis, IYC chairman said. “We then alerted the UN Office in the Philippines which we believed aided the release of UN’s Cease and Desist order against him and coordinated with the Department of Foreign Affairs about his activities. But lo and behold, he still continue his operations and now has been scamming Filipinos in Thailand.” 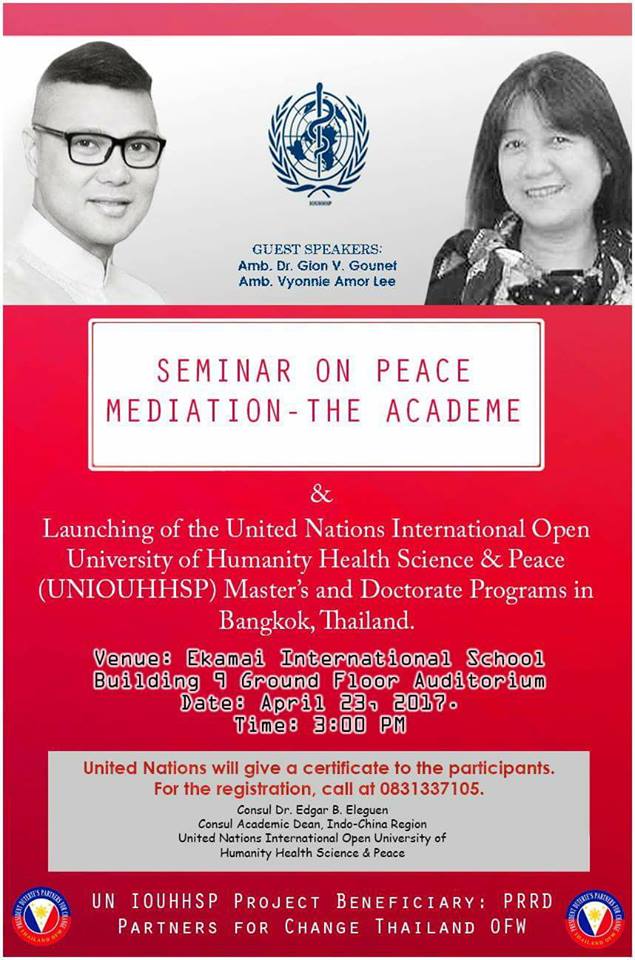 Dakis also told INQUIRER.net in an interview IYC had alerted the UN office in the Philippines and the Department of Foreign Affairs about Gounet’s activities as early as September 2016.

“He is a fraud,” he said. “We will not allow any person or entity to taint IYC’s reputation and to use the just cause of the organization to the Filipino youth for fraudulent activities.”

He said that IYC’s connection with Gounet was quickly terminated last year when they found out that he was not a UN ambassador and that he was just misrepresenting the world organization in his dealings.

But Dakis said that they were surprised when they discovered that Gounet continued to use IYC’s name in its dealings, organizing activities involving money under the group.

INQUIRER.net independently verified the ambassadorship of Gounet and found out that he was not listed as a UN ambassador of goodwill nor as a UN messenger of peace.

Such roles and titles are given to international public figures, artists, musicians, development workers and athletes who advocate certain UN causes.

Despite this, Gounet has repeatedly represented the UN in public and private events, some of these were even covered in the media. Some media reports identified him as a UN ambassador.

The UN Philippine office could not be contacted for a comment, but the Philippine Embassy in Thailand released a brief statement urging Filipinos to be vigilant against fraudulent institutions of learning. /atm