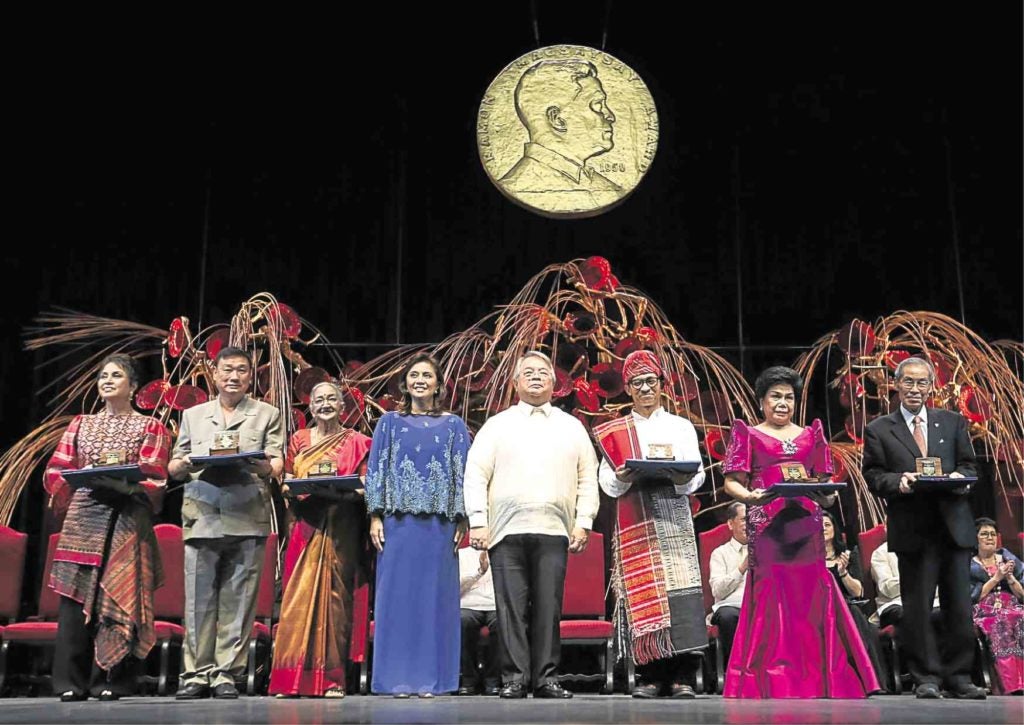 “A dangerous narrative is creeping in,” Robredo said in a speech at the presentation of the awards held at the Cultural Center of the Philippines.

“People are using this to say democracy has failed mankind because freedom has caused the poor to remain poor while the rich gain more,” she said.

“But are we willing to give up our principles, are we ready to throw out our freedoms and rights for a change that goes against old-fashioned values of empathy and collaboration?” she said.

As guest speaker at the Ramon Magsaysay Awards ceremony for the second year, Robredo was given a standing ovation after she was introduced as the “duly elected Vice President and highly respected official” of the Philippines.

The Peta choir performed during the ceremony.

Now in its 50th year, Peta was cited for “shaping the theater arts as a force for social change” not only in the Philippines but also in other countries in Asia.

De Lima was honored for her key role in helping generate jobs and boosting the economy in the 1990s through export-driven businesses.

The four other awardees were Yoshiaki Ishizawa of Japan, who was honored for his efforts to help Cambodians restore the Angkor Wat temple; Abdon Nababan of Indonesia, for his advocacy on behalf of the Adat or indigenous communities of his country; Gethsie Shanmugam of Sri Lanka, for rebuilding war-scarred lives, especially of women and children; and Tony Tay of Singapore, for founding a volunteer movement to deal with hidden hunger.

They received a medallion, a cash prize and a certificate.

“What I find most admirable is how they show respect for human dignity and faith in the power of collective endeavor,” Robredo said.

The awards were named after the popular Philippine President Ramon Magsaysay, who died in a plane crash in 1957 midway into his first term of office.