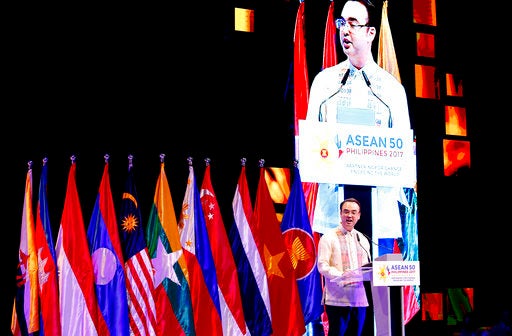 The representatives of the Philippines, China and other member-states of the Association of Southeast Asian Nations (Asean) have started meeting in Manila to kick off the discussions that could open up negotiations on the Code of Conduct (COC) in the South China Sea.

The Department of Foreign Affairs (DFA) said the COC would be tackled during the 22nd meeting of the Asean-China Joint Working Group on the Implementation of the Declaration of the Conduct of Parties (JWG-DOC) that was convened on Wednesday.

READ: DFA: Code of conduct between Asean-China will be legally binding

“The meeting in Manila will build upon the positive momentum that Asean and China have achieved in implementing the DOC and in moving forward with the talks on the COC,” Foreign Affairs Secretary Alan Peter Cayetano said in a statement on Thursday.

“We expect a candid and productive dialogue aimed at confidence-building and identifying practical areas for cooperation in the South China Sea,” the secretary said.

Cayetano added that officials will also prepare the groundwork for the negotiations of the COC, which the leaders of Asean and China are expected to announce at their summit in Manila on November.

The DFA secretary noted that the practical cooperation between Asean and China in the South China Sea has been steadily improving over the last year.

“Since the last Ministerial Meeting in Vientiane in July 2016, we’ve been able to operationalize the Foreign Ministry-to-Foreign Ministry communication hotlines to allow our relevant officials to address any incidents in the region,” Cayetano said.

“We have also agreed to explore how to apply the principles of the Code for Unplanned Encounters at Sea in the South China Sea/West Philippine Sea area,” he added.

Asean and China adopted the framework of the COC in the South China Sea at their meeting on August 6.

The ongoing JWG-DOC is also expected to discuss the working approach for the negotiations of the COC in the South China Sea as one of its agenda, Cayetano said. JPV