Duterte hurls expletives at Callamard after her remark on Kian slay

President Rodrigo Duterte on Monday released an expletive-laced response to United Nations Special Rapporteur Agnes Callamard after she said the Chief Executive should make the death of Kian Loyd Delos Santos the last in his administration’s war on drugs.

Callamard on Saturday expressed her condolences to the family of Delos Santos, who was killed by police in a drug operation in Caloocan City.

“My heart-felt condolences to #kian family and to all families victimized by this cruel war. #Makehisdeaththelast #Philippines,” she said in a Twitter post. 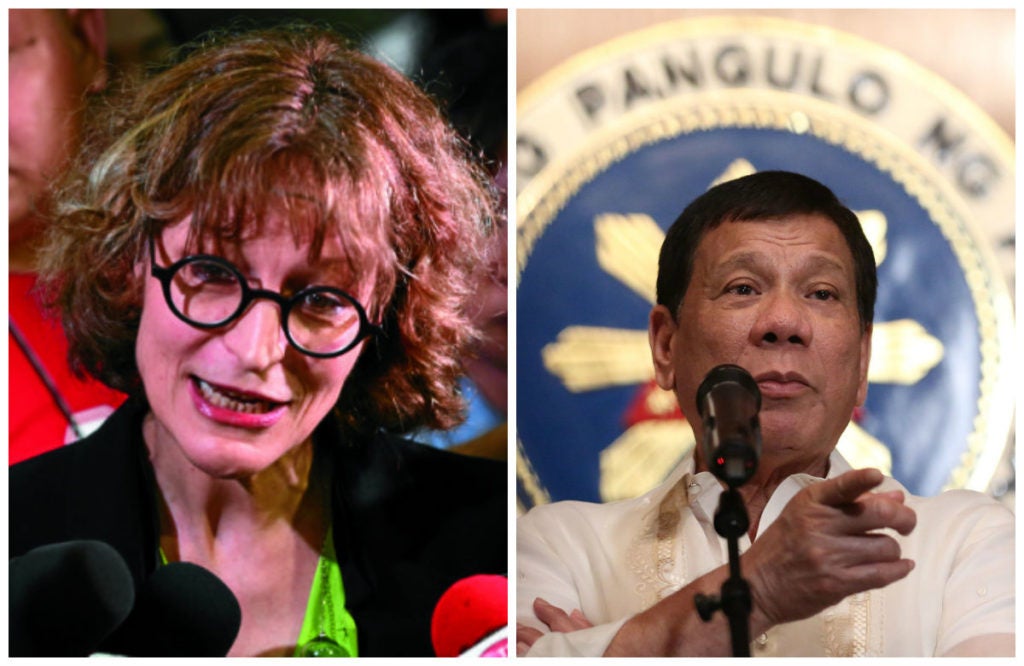 Duterte again dared Callamard to come to the Philippines and see for herself the country’s situation.

(Make her come here. Tell her to look at the situation. This is the Republic of the Philippines, not a territory of France. She’s a fool. She’s not listening to what I’m saying.)

The President ealier dared Callamard to visit the Philippines and investigate the drug killings in the Philippines. Duterte, however, set conditions which were unacceptable to the UN rapporteur.

Callamard has earned the ire of Duterte for her criticisms on the President’s brutal war on drugs. JE