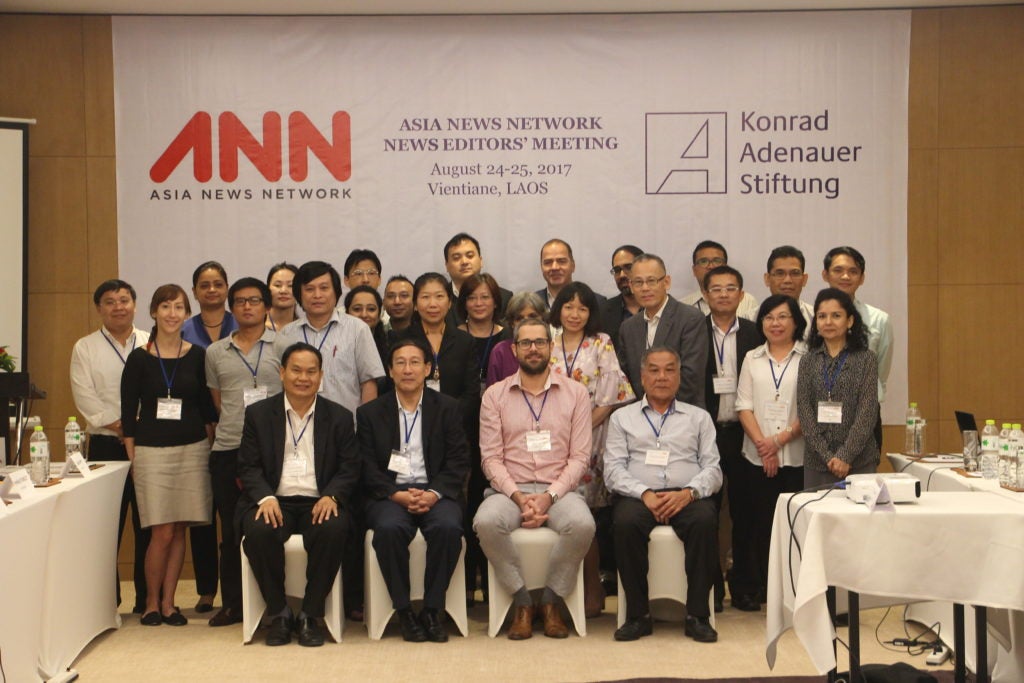 VIENTIANE, Laos – News editors from Asia News Network (ANN), an alliance of 24 leading media from 20 Asian countries, are holding a two-day meeting in Vientiane, the capital of Laos, to deepen their cooperation and strengthen their combined news reports.

Hosted by Vientiane Times, the national English-language newspaper of the Lao PDR and supported by the Konrad Adenauer Stiftung Media Progamme Asia, ANN plans to cement a number of initiatives that will fulfill growing interest and demand of news from Asia to the world.

“Asia’s landscapes are changing rapidly – whether it is regional security, politics, technology innovation or lifestyle. ANN members are working together on quality reporting for our readers and viewers around the world,” said Pana Janviroj, Executive Director of ANN.

Mr. Thonglor Duangsavanh, Director General of Lao Press in Foreign Languages and editor in chief of Vientiane Times, said ANN meeting in Laos underscores his newspaper’s commitment to working with other Asian media.

Vientiane Times is also organizing for ANN members to get better understanding of the development of the Lao PDR with briefing sessions on the new rail networks linking Southeast Asia and China and on the upcoming 2018 Visit Laos Year from related officials and ministers.

ANN, a 17-year old organization and the world’s largest and most active media alliance of its kind, is set to re-launch a website in the fourth quarter of this year on top of the global e-newsletter which is edited out of offices in Delhi and Bangkok.

The new database service from selected members will also be launched out of Singapore shortly. ANN is also stepping up cooperation in VDO sharing and co-production via Kuala Lumpur and Hong Kong.

ANN holds two key meetings annually, one among editors in chief and another among the news editors. This Vientiane meeting will discuss details of the ongoing collaboration and also to set news pan-Asian news topics which the members will together carry out,” said Janviroj.