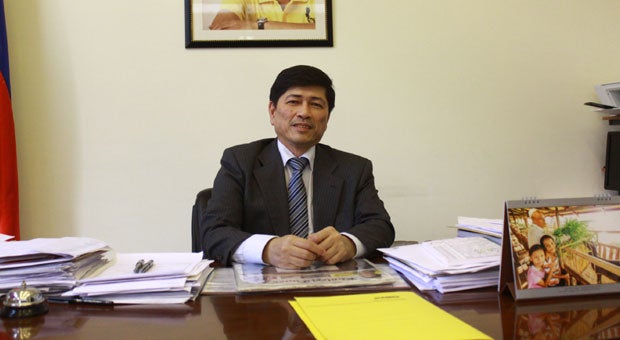 Thousands of appointment slots for passport renewal and application are now open, the Department of Foreign Affairs (DFA) announced on Thursday.

Assistant Secretary Frank Cimafranca of the Office of Consular Affairs said an additional 94,350 slots were opened from July to August, while thousands more will be opened tomorrow, Aug. 25, for September appointments.

“The goal is to serve as many people as we can efficiently and effectively, so those slots had to be cleaned up. And that’s what we did,” Cimafranca said in a statement.

Of the slots opened last month, Cimafranca said they added 62,450 more after the DFA increased its quotas. The remaining 31,900 came from the cleaning up of bogus appointments created by unscrupulous individuals, he added.

FEATURED STORIES
GLOBALNATION
‘UN vs UN?’ Lacson challenges Bachelet’s call for Duterte not to sign terror law
GLOBALNATION
With no COVID-19 transmission for 36 days, Bangkok now back to ‘normal’
GLOBALNATION
Locsin warns of ‘severest response’ if China’s army drills in SCS ‘spill over’ to PH domain

Cimafranca said they also increased the number of personnel processing documents and applications.

“For example, in the Aseana office, the DFA’s main processing center for passports, the increase in personnel has resulted in a 73.6 percent increase in the capacity to accept and process daily appointments—from 1,900 to 3,300,” the DFA official said.

The increase in personnel also led to the moving up to earlier dates of about 900 appointments, and reduced the suspended applications under investigation from 33,000 on Aug. 2 to zero as of Aug. 18, Cimafranca said.

To prevent the unnecessary use of slots, Cimafranca also reminded that senior citizens, persons with disabilities, solo parents, pregnant women and minors (seven years old and below) may just walk in without prior appointment with the DFA when renewing or applying for passports.

“They may use the courtesy lane upon arrival, and make a presentation of their respective IDs,” said Cimafranca.

He also advised the public that appointment slots are free and fixers should not be entertained. JPV