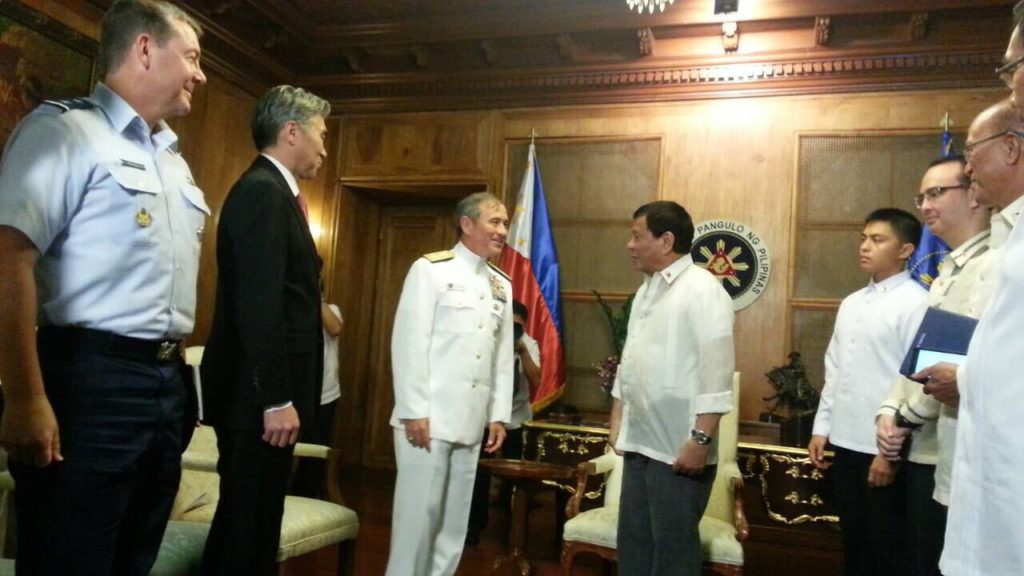 Duterte and Harris discussed during their meeting security in the region, including the tensions in the Korean Peninsula.

The President asked Harris if the United States was worried about the missiles tests of North Korea and its possible nuclear attacks.

“I am worried,” Harris responded to Duterte.

Duterte said China “has the greatest leverage over North Korea.”

North Korea earlier unveiled its plan to fire missiles at Guam amid its word war with the US, which has been critical of Pyongyang’s nuclear and ballistic missile program.

Association of Southeast Asian Nations (Asean) foreign ministers, in a joint statement early August, has criticized North Korea for its intercontinental ballistic missile tests that may put at risk the peace and stability in the region.

US ambassador to the Philippines Sung Kim, meanwhile, joined Harris in meeting the President.