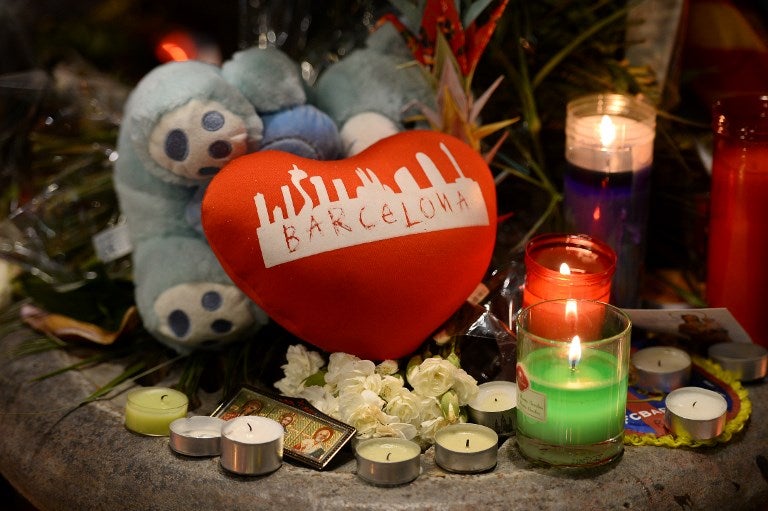 The seven-year-old Filipino boy, earlier reported missing, was among the 14 killed in the Barcelona terror attack, the Department of Foreign Affairs (DFA) said on Monday.

“It pains us to break the sad news to our kababayans that we lost one of our own in the recent violence unleashed by extremists against the innocent in Barcelona,” Foreign Affairs Secretary Alan Peter Cayetano said in a statement.

The boy’s mother was also among the more than 100 individuals injured from the terror attack on Thursday, the DFA said.

“We join the loved ones of our little brother in mourning his passing and in praying for the eternal repose of his soul,” Cayetano said.

He also directed Foreign Affairs Undersecretary for Migrant Workers Affairs Sarah Lou Arriola to assure “all possible assistance” be extended to the family of the deceased and other Filipino victims.

According to Chargé d’Affaires Emmanuel Fernandez, the Philippine Embassy in Madrid was informed of the boy’s situation by his family after his father positively identified his remains.

Cayetano cited Fernandez’ report stating that the victim’s 43-year-old mother was still in a local hospital’s intensive care unit after undergoing surgery for fractures in both legs and one arm that she sustained in the incident.

Aside from the boy’s mother, two other Filipinos based in Italy were injured when a van plowed through crowds gathered at the Las Ramblas tourist district.

“The injured Filipinos–one male and one female–will be assisted by the Philippine Consulate General in Milan in getting medical attention,” Consul General Marichu Mauro said in a statement.

According to DFA, four Irish citizens of Filipino descent were also injured in the attack and were attended to by the Embassy and the Honorary Consulate in Barcelona.

The four were identified as Norman Potot, 45; his wife Pederlita, 39; daughter Nailah Pearl, 9; and son Nathaniel Paul, 5; and are residents of Dublin, DFA said.

“Norman and Nathaniel remain confined at the Hospital Del Mar in Barcelona. The father suffered a minor head injury but remains under observation for hematoma of the kidney,” the DFA said.

His son is recovering from surgery for the fractured leg he sustained in the incident.