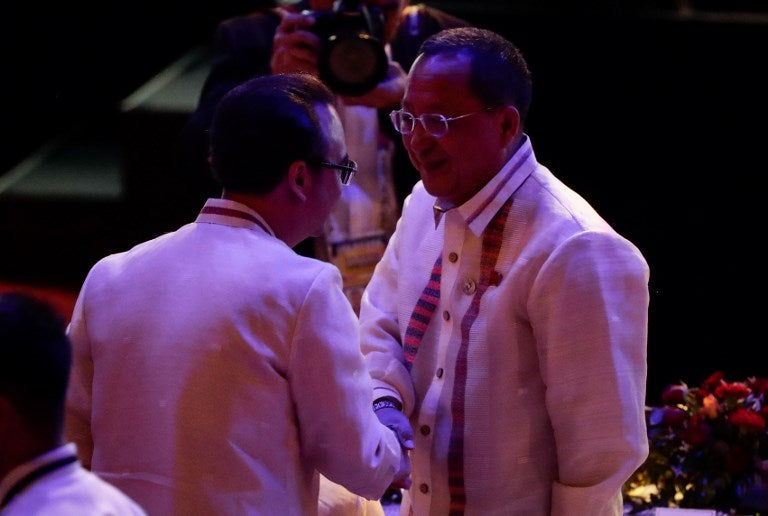 The Philippines as chairman of this year’s Asean foreign ministers’ meetings met with North Korea to reaffirm the Asean’s position slamming the isolated country’s intercontinental ballistic missile program, considered a threat to world stability, amid escalating tension in the Korean peninsula.

But the region is split on Washington’s call for the Asean to exclude North Korea from the Asean Regional Forum that includes North Korea, South Korea, Japan, and the United States. 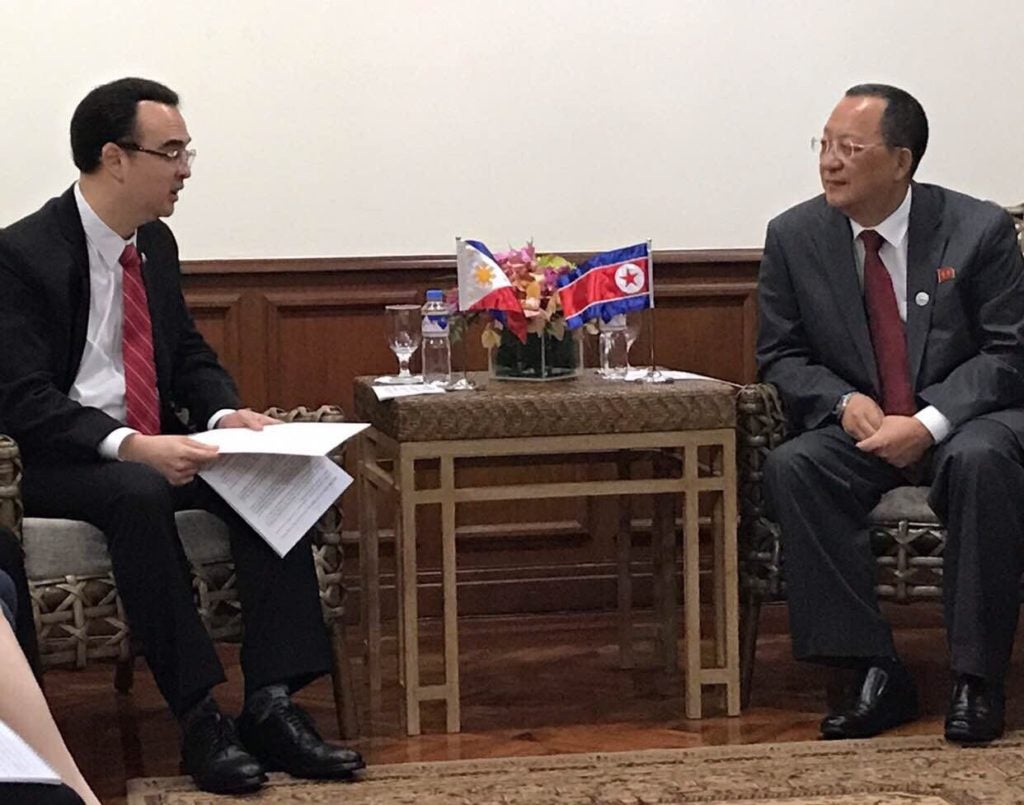 Photo from the Department of Foreign Affairs

In a statement, Cayetano said he conveyed the Asean’s position against North Korea’s ballistic missile program to Foreign Minister Ri before the East Asia Summit Foreign Ministers Meeting at the Philippine International Convention Center in Pasay city past noon Monday.

He met with the DPRK Foreign Affairs Minister a few days after the Asean in a joint statement called on North Korea to comply with its obligations under the United Nations Security Council resolution and international laws.

“The statement was not borne out of lost friendship but is because of frustration that there seems to be no opening for discussions or dialogue to address the impasse on the issues in the Korean Peninsula,” Cayetano told Foreign Minister Ri according to the statement.

“I have been tasked by my Asean colleagues to convey this to you personally and likewise affirm Asean’s commitment to engaging your country within the Asean Regional Forum, given the importance of this platform for our continued discussions,” he added in that meeting.

Cayetano said a common sentiment across Asean is that the Asean Regional Forum which will be attended by North Korea may serve as a productive venue for the Asean member states and participating countries to communicate with the isolated communist country. 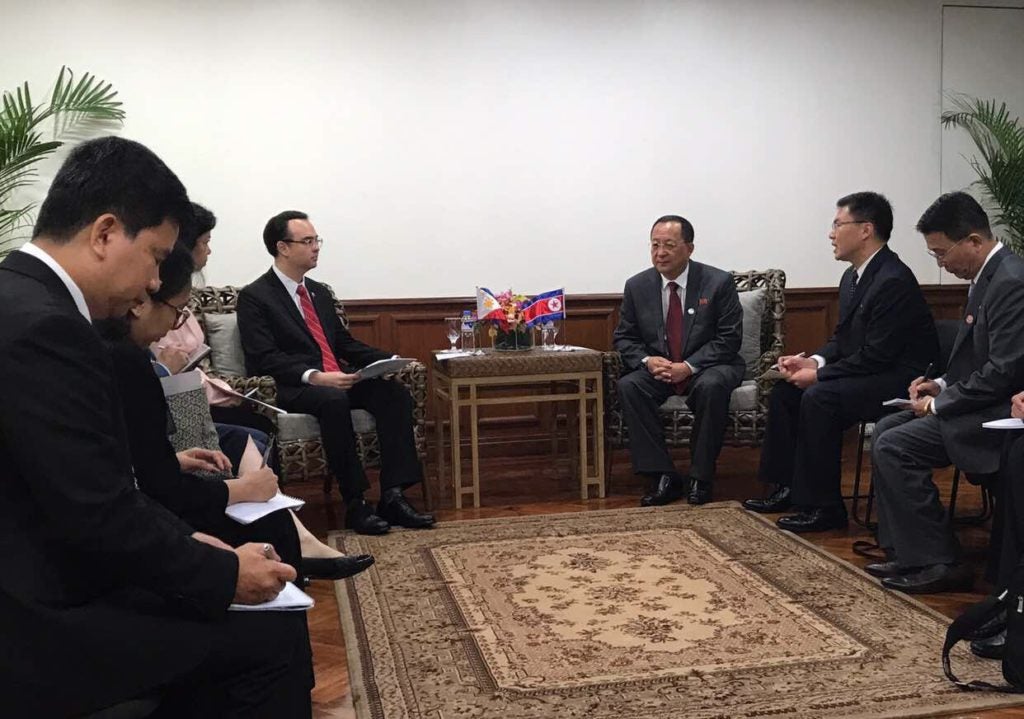 Photo from the Department of Foreign Affairs

“However, there is a sentiment across Asean for this engagement to be truly productive and beneficial not just to Asean but to our region and the world, we need to ensure that there is a mutual openness and communication amongst us,” Cayetano said.

“We say this in the spirit of our common goal of maintaining peace and security for our peoples,” he added to Foreign Minister Ri

Cayetano said the DPRK Foreign Affairs minister expressed his thanks to Cayetano for conveying the sentiment of the Asean, and that North Korea understood the Asean’s position with the assurance that the message would be relayed to Pyongyang.  JE