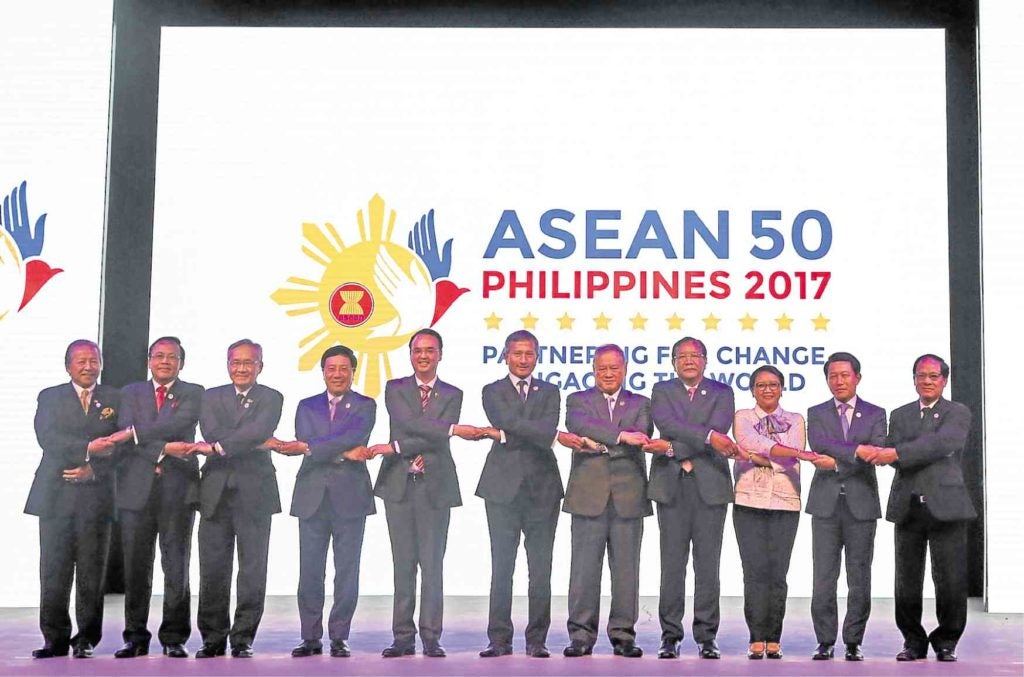 At the start of its annual meeting hosted this year by Manila, the 10-nation regional bloc used stronger language to urge North Korea to “immediately comply” with UN Security Council resolutions on its nuclear tests and program.

But it fell short of the wish of the United States that members of the bloc downgrade its relations with the already isolated nation.

The United States also pushed in the UN Security Council a resolution that would slash by a third North Korea’s $3 billion annual export revenues.

The council was to vote on the measure on Saturday.

In its joint statement, the Asean ministers said developments in the Korean peninsula “seriously threaten peace, security and stability in the region and the world.”

The statement was also issued separately, rather than included in the Asean’s  customary communique at the end of the top-level meeting.

But Foreign  Secretary Alan Peter Cayetano, who chaired the top-level meeting, said ministers were divided over a US proposal to suspend North Korea from the Asean Regional Forum (ARF), which would convene on Monday.

“There were views that, ‘How can we hear them out or confront them if they’re not there?’ But there’s also a view that we should give them an ultimatum,” Cayetano said.

Instead, the ministers “strongly [called] upon” North Korea as a member of the ARF to help “maintain the Asia Pacific as a region of lasting peace, stability, friendship and prosperity.”

As the world’s largest security gathering, the ARF gathers each year foreign ministers from the 10 ASEAN nations, plus  17 other countries, including the United States, Russia, China, Japan, South Korea and North Korea.

Also on Saturday, South Korea Foreign Minister Kang Kyung-wha said she was open to rare discussions with her North Korean counterpart on the sidelines of the ARF.

“If there is an opportunity, we should talk,” Kang told reporters as she landed in Manila on Saturday, according to South Korea’s Yonhap news agency.

Kang, South Korea’s first female foreign minister, said any meeting with North Korea’s top diplomat, Ri Hong-yo, would be an opportunity “to deliver our desire for the North to stop its provocations and positively respond to our recent special offers [for talks] aimed at establishing a peace regime.”

In July, Seoul proposed military talks with Pyongyang, but the North refused to respond. Had they gone ahead, they would have been the first official inter-Korean talks since 2015.

The newly elected South Korean government of President Moon Jae-in is more open to negotiations than the previous administration run by Park Geun-hye.

The ARF will convene after the UN Security Council votes on the US-drafted resolution that aims to slash by a third North Korea’s $3 billion annual export revenue.

A council diplomat, speaking on condition of anonymity, said there was “high confidence” that North Korea allies  China and Russia would support the draft resolution, which was circulated to the 15 Security Council members on Friday.