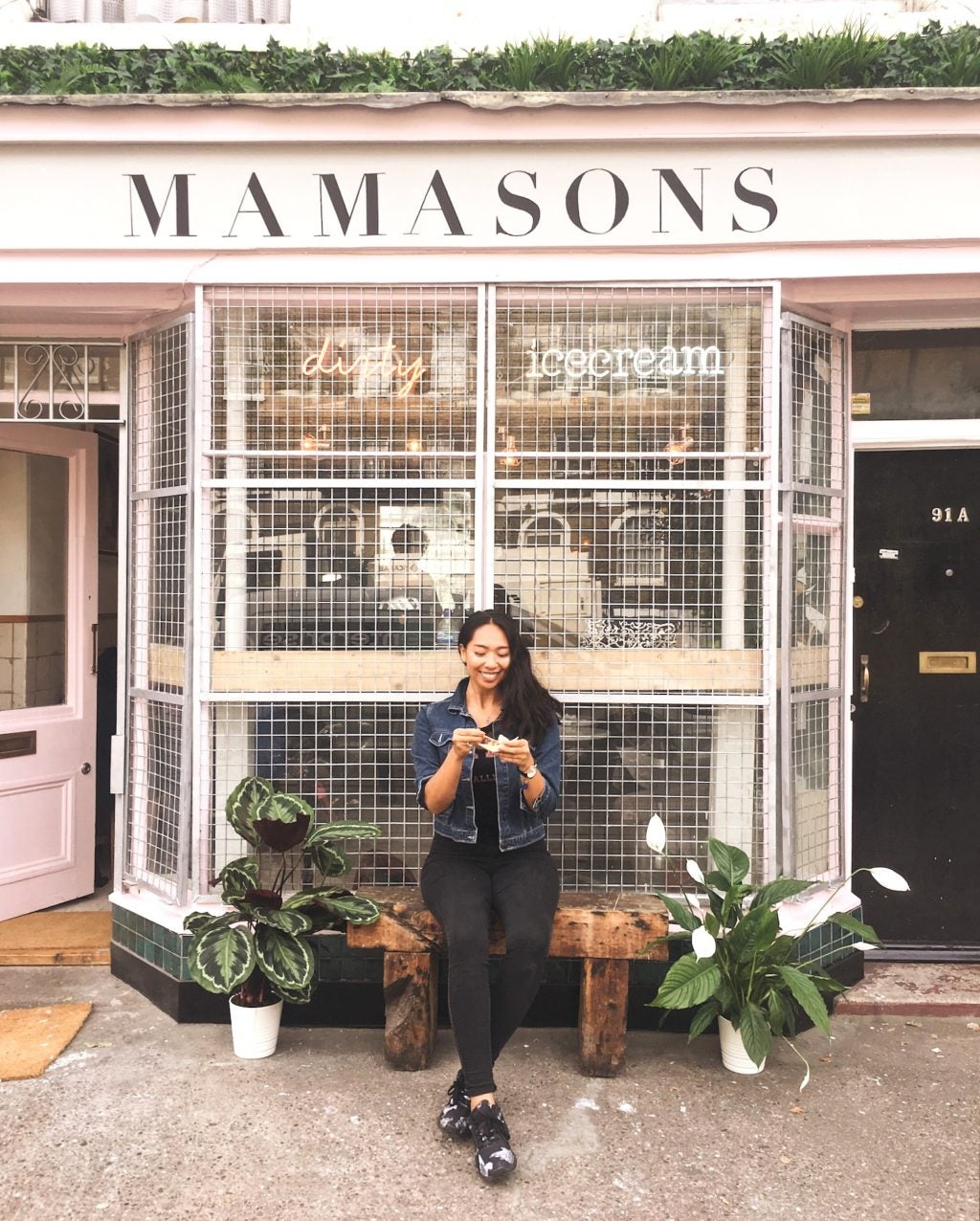 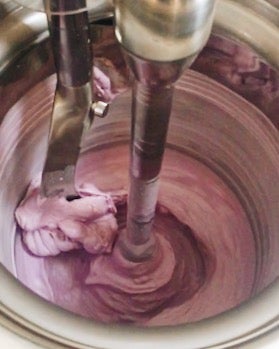 Mamasons signature dessert is The Bilog, aka the Mamasons Bun, which is a traditional milk bun (or pan de leche) filled with ice cream, sealed in and toasted by the shop’s bespoke hot press. With every bite, you get “an explosion of hot, cold, sweet and creamy blended flavours.”

Since opening, Mamasons have sold out its ice cream flavors on a daily basis. It launched at just the right time, in the middle of summer, drumming up huge levels of hype on London’s dessert scene.

Whether its families taking their kids for an after-school treat, high profile Instagrammers scoring cool points for snapping a photo with black charcoal cones, or sweet-toothed Londoners wanting a taste for themselves, all sorts of people can be found devouring a scoop or two at the parlor.

All the visual and technical details in Mamasons, from the ambience of its café, down to the crunchiness of its cones, have been carefully considered choices, with much research, creativity, and dedication to tradition going into everything – especially the equipment. 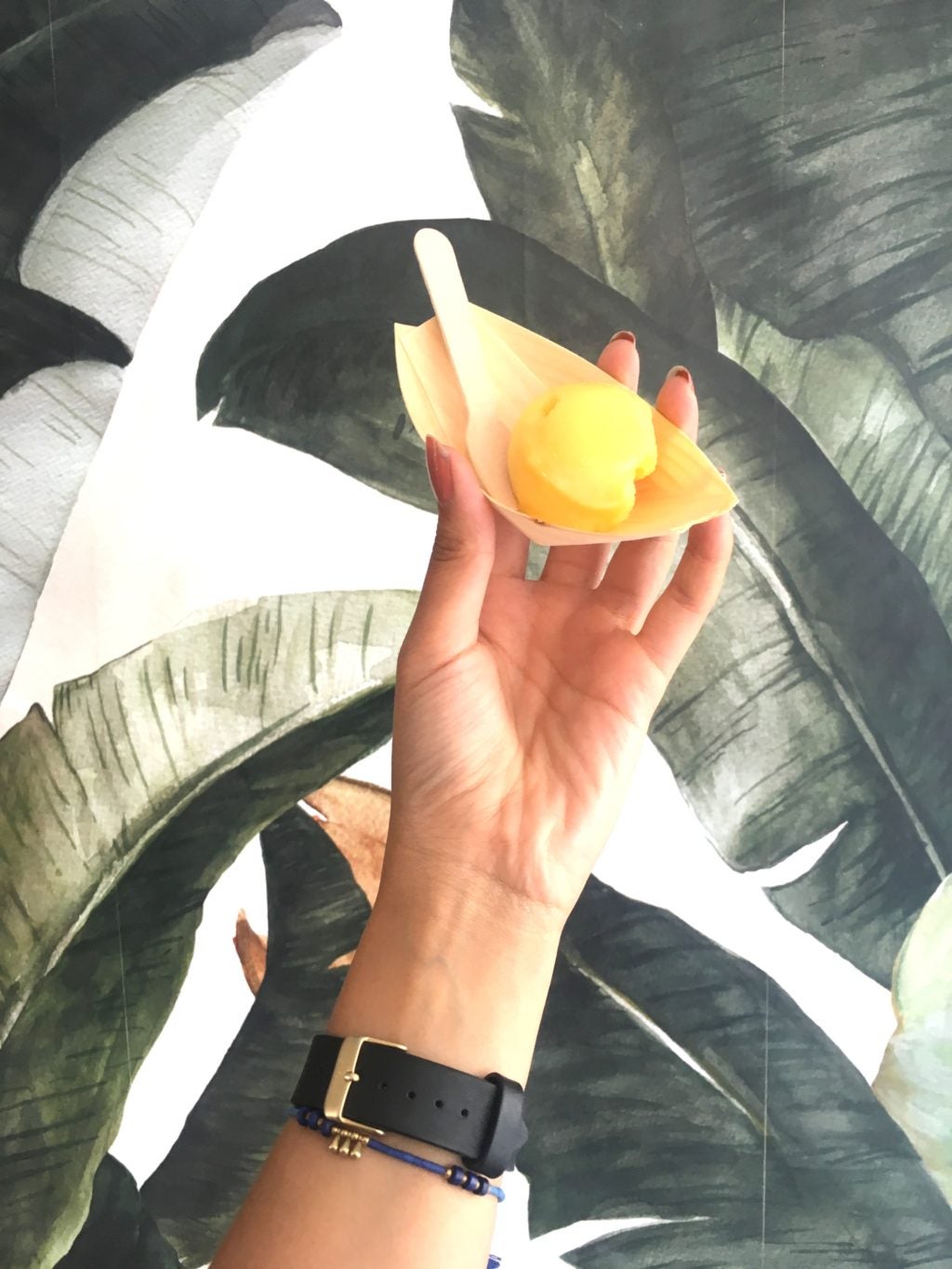 Mamasons makes fresh batches of ice cream using an old-school Italian gelato churner – a special import that took the team a long time to find. The ice cream is served from deep metal tins reminiscent of those used by traditional “dirty ice cream” vendors on the streets of the Philippines.

The intimate interiors are decked with tropical banana-leaf wallpaper on one side, and patterned shabby-chic tiling on the other. The seats are upholstered with soft velvet, and the round tables are topped with marble.

In the kitchenette, ceramic tiles in Mamasons’ signature shade of pastel pink adorn the custom-made freezer countertop from where the ice cream is served.

There’s a laidback feeling in the parlor, but also a homely warmth that keeps drawing customers back in.

Mamasons is run by Omar Shah, a savvy London-born Filipino restaurateur who owns and runs two other restaurants either side of Mamasons: the longstanding Guanabana (Caribbean cuisine) and Bintang Restaurant (Filipino and Asian-Fusion, often voted one of the best places to eat in Camden). 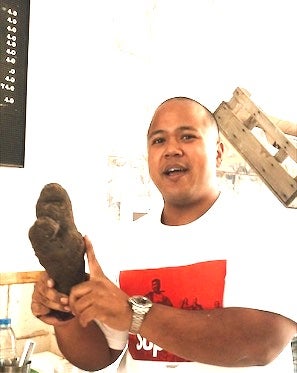 Omar, energetic and incredibly passionate about the food he creates, treats every customer with such care and attention that people usually walk out feeling like a friend.

Mamasons was created as a collaboration between Omar and his equally passionate team members – notably, Florence-Mae and Moya Maglanoc, brother and sister, both also Filipino, who helped establish Mamasons from an idea to a fully fledged dessert shop.

The sibling duo can be credited with putting in equally as much hard work and creative thinking as Omar.

Both are bubbly, lighthearted and incredibly hardworking – every day they wake at the crack of dawn to bake fresh pan de leche and Bilog buns for the day ahead, and they’re always the last ones to close the shop shutters at night. 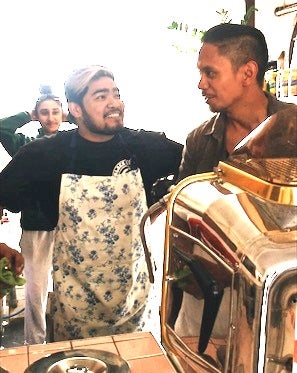 The same goes for Omar’s mother, who is often behind the counter helping out, and the rest of the staff.

Maybe the family atmosphere has something to do with the shop’s name, Mamasons, which Omar chose in honor of his relationship with his mother.

“Mama sons means mother and son,” explains Omar. “Family is everything to me.”

The framed family pictures on the wall are a testament to that.

“Ube,” says Omar to an impressive crowd on press day, holding up a fresh ube yam flown straight from the Philippines, “This is the reason why this place exists – to sell this flavor.”

“As a second-gen Filipino,” he recalls, “my first association with Filipino culture was going to barrio fiesta, and before I even knew any Tagalog, the first thing I knew was that I needed to get some ube ice cream.” 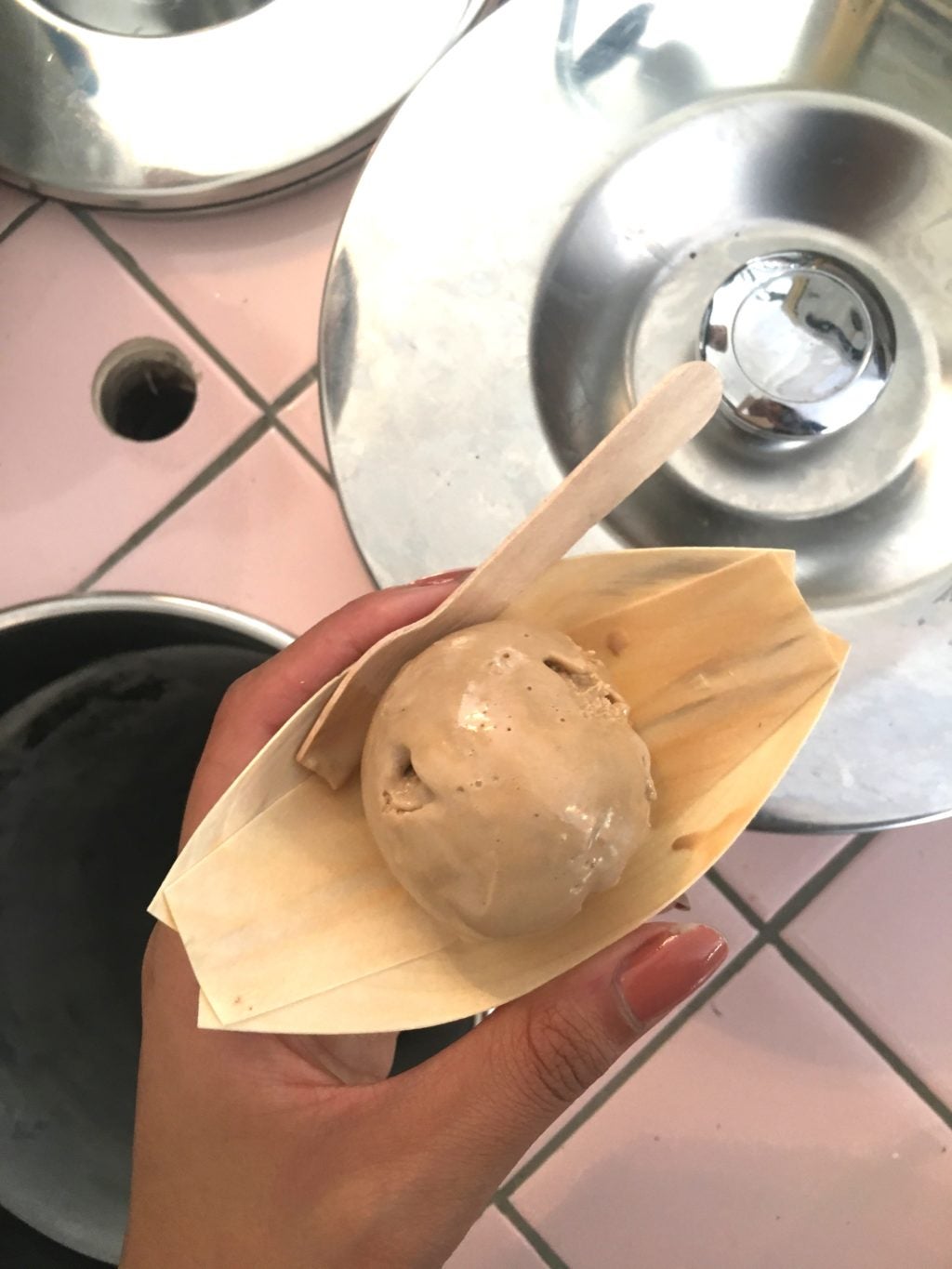 “Funnily enough, the first time I actually saw [a fresh ube] was only a month ago. Moya’s mum brought about 20 kilos in her suitcase for us to use here.”

It’s my fourth, perhaps fifth visit since Mamasons opened. It’s only 4 p.m. when Florence-Mae informs me that they’ve officially run out of ube for the day – and my heart leaps with joy when she says, with a wink, that there’s just enough left in the tin for one more cone.

It’s a testament to the quality of its goods, of its ice cream and offerings, so that customers simply keep on returning, bringing along friends and family members as new customers each time.

The longevity of Mamasons, Shah’s newest foodie venture, will likely stand the test of time, thanks to his three critical ingredients for success: passion; creativity; and family values. @illumelation