China will protect its sovereignty—Xi Jinping

BEIJING—China will fiercely protect its sovereignty against “any people, organization or political party”, President Xi Jinping warned Tuesday, as the country celebrated the 90th anniversary of its military, the People’s Liberation Army.

The message comes as the ruling Communist Party faces political resistance in semi-autonomous Hong Kong, where many locals fear Beijing is tightening its grip, and in self-ruled Taiwan, which China views as a rebel province awaiting reunification.

The Asian giant is also mired in several bitter border disputes with its neighbors, including an ongoing stand-off with India over territory on China’s border with Bhutan.

“We will never allow any people, organization or political party to split any part of Chinese territory out of the country at any time, in any form,” Xi told an audience of Communist Party officials and army officials gathered at Beijing’s Great Hall of the People.

“No one should expect us to swallow the bitter fruit that is harmful to our sovereignty, security or development interests,” he said. 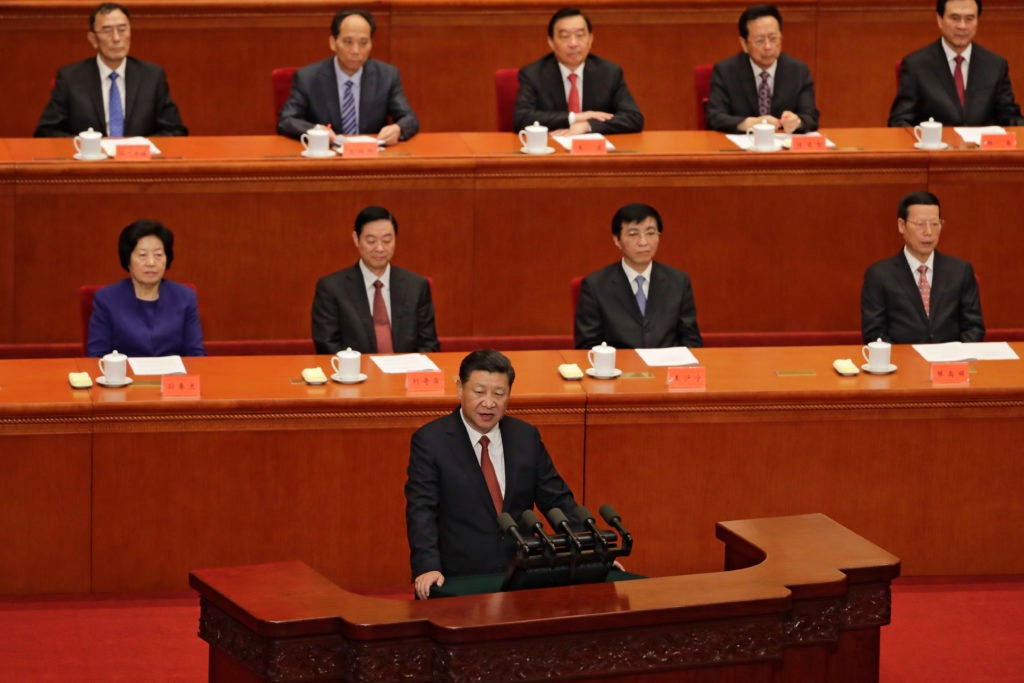 Since coming into office in 2012, Xi has centralized power and cracked down on critics of the ruling party, while taking a hard line on territorial disputes.

China has at the same time been engaged in a modernization of the its once-backward armed forces, as it seeks military clout commensurate with its economic might.

While the country formerly followed a strategy of “hide your strength”, it has begun to indulge in more frequent, pointed demonstrations of its power.

On Sunday it held a rare military parade in Inner Mongolia in which Xi stressed the need to build a world-class army loyal to the ruling Communist Party, and capable of “defeating all invading enemies”.

In June in Hong Kong, where Beijing faces vocal resistance to its policies, Xi oversaw a military parade — the largest in decades — marking the 20th anniversary of the former British colony’s handover to China.

In December, the country sailed its first aircraft carrier near Taiwan, where the ruling political party has angered Beijing by refusing to acknowledge that both sides are part of “one China”.

The ship was on its way to the South China Sea, where Beijing has pursued claims on territory — despite partial counter-claims from nations such as the Philippines and Vietnam — by building military facilities and conducting naval exercises.

China is currently involved in a border row with India that has festered for more than a month as both sides refuse to back down in the distant but strategically key territory.

Beijing insists that India should withdraw from the area, which is claimed by Bhutan, and has warned that it will step up its troop deployment.