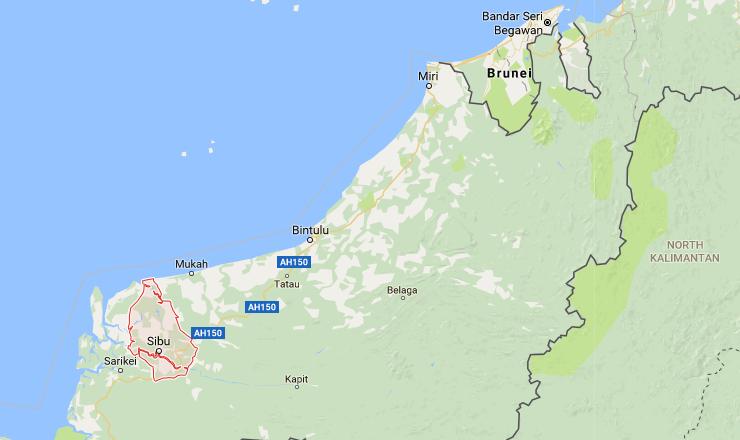 Sibu is a town in Sarawan in Malaysia, near Brunei. (Image from Google Maps)

SIBU, Sarawak, Malaysia — A manager of a massage center has been detained after police rescued four Filipina masseuses who alleged they were forced into prostitution.

The case came to light after a woman official from the Philippine Embassy in Kuala Lumpur lodged a police report claiming the four women could be victims of human trafficking.

The official was here to register Filipinos working here. The four women, aged 25 to 33, were among those who came to her for help.

Police raided the centre located in a hotel in Jalan Lanang at about 11 p.m. on July 27 and detained the manager.

The women claimed that they were employed to be masseuses, but their employer demanded that they also offer sexual services to clients.

Sibu police chief Assistant Commissioner Saiful Bahari Abdullah said the 35-year-old manager is being investigated under the Anti-Trafficking in Persons and Anti-Smuggling of Migrants Act 2007.