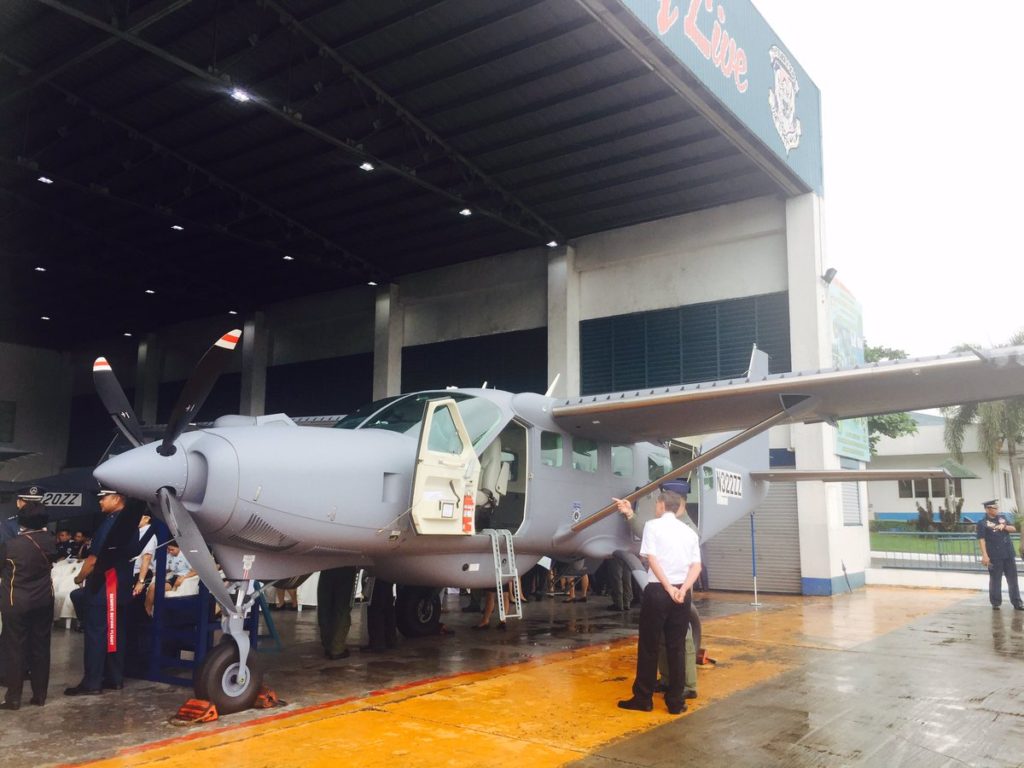 The brand new Cessna patrol planes from the United States being displayed at the Villamor Air Base hangar during the turn-over ceremony on July 27, 2017. FRANCES MANGOSING / INQUIRER.net

The donation of two surveillance planes by the United States to the Philippines reaffirms the “strong military alliance” between the two countries, Malacañang said Saturday.

The Philippines on Thursday received two brand new Cessna-208B Caravan intelligence from the US, which would be used for maritime patrol over the West Philippine Sea and for counterterrorism activities in Mindanao.

“This donation of the United States reaffirms the strong military alliance between the Philippines and the United States which remains robust to this day,” Presidential Spokesperson Ernesto Abella said in a statement.

“These aircraft would bolster the capability and readiness of our Air Force to help address terrorism and support our intelligence, surveillance and reconnaissance operations,” he added.

The Philippines and US relations turned sour after Duterte had slammed former president Barack Obama for criticizing his brutal war on illegal drugs.

Duterte had previously threatened to severe ties with the US following his independent foreign policy.

But the President’s stance against US softened after President Donald Trump won the presidency. JPV