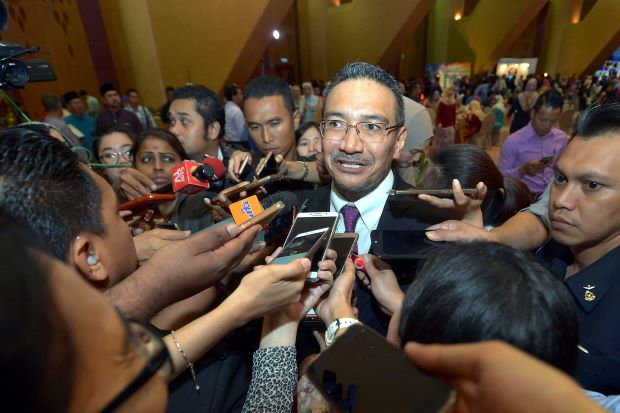 PHOTO from The Star/Asia News Network

KUALA LUMPUR — Malaysia has called on the Philippines to convene a special meeting of Asean Defense Ministers to brief them on latest developments in the Marawi conflict.

Defense Minister Datuk Seri Hishammuddin Hussein said information from the city of Marawi needed to be shared to alert regional countries on the possible effects of the siege by militants.

Philippine military forces have been battling militants linked to the Islamic State (IS) for the past two months in Marawi City where martial law has been declared until the end of the year.

“I have suggested to Philippines Secretary of Defense Delfin Lorenzana that maybe it is a suitable time for them as the current chair of Asean to brief Defense Ministers from all 10 member countries on what is happening in Marawi.

“This needs to be shared because perhaps there are member states which do not realise that the IS threat can affect their own positions,” Hishammuddin told reporters in Parliament on Thursday.

He said countries like Cambodia, Laos, Myanmar, and Vietnam are urged to attend the briefing as instability in any Asean country would affect the regional grouping.

“Proactive measures must be taken, and we are relying on the declaration that was signed when Malaysia chaired Asean in 2015 – that we are going to fight IS and that we will do so together,” he said.

Hishammuddin said he had also received a request from his Indonesian counterpart to intensify the network of information sharing to include cooperation with Singapore, Brunei and Thailand.

This follows a pledge made last month by foreign and defence officials from Malaysia, Indonesia, and Philippines to work together in curbing the increased security threat facing Southeast Asia.

A meeting between Defense Ministers of the six countries could take place in Indonesia soon, added Hishammuddin.