Morong 43 defendant allowed to work as police attaché in Pakistan 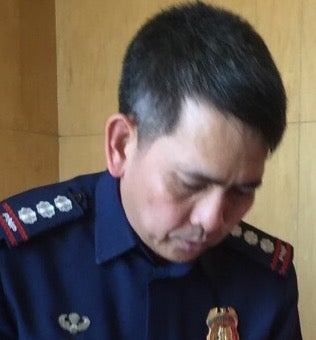 MANILA — The Sandiganbayan has allowed Police Supt. Allan Nobleza, one of the officers accused of violating the rights of the Morong 43 detainees, to leave the country pending his trial because of his delegation as a police attaché to the Philippine embassy in Islamabad, Pakistan.

In a six-page minute resolution dated July 17, the court’s Seventh Division ordered the Bureau of Immigration to “lift temporarily” its hold departure order on Nobleza “for the sole purpose of assuming his post as Philippine Police Attaché… until the end of his tour of duty on November 11, 2018.”

Meanwhile, the HDO “subsists insofar as accused Nobleza’s departures from the country which are unrelated to the discharge of his duties as Police Attaché in Pakistan.”

The anti-graft court said it lifted the HDO “in deference to said appointment and in consideration of the crucial duty in the hands of accused Nobleza.”

It noted that the Department of the Interior and Local Government posed no objection to the lifting of the HDO, even as the Office of the Ombudsman opposed it on the grounds that the Constitution has allowed the curtailment of the right to travel pending the defendant’s acquittal.

The loosened restriction on Nobleza’s movement comes with several conditions, such as the posting of a P192,000-travel bond to guarantee his faithful compliance.

The court reminded him that travels besides that to “his official station in Pakistan” would still be subject to approval. He was also directed to use only his diplomatic/official passport and submit photocopies of his official and regular passports to the court monthly to check whether he had traveled in his official capacity.

Nobleza’s counsel was also made to submit an affidavit of undertaking stating that he was guaranteeing the accused’s return to the Philippines.

Nobleza was assigned by the National Police Commission to Pakistan despite his ongoing case for violation of Section 4(b) of the Republic Act No. 7438, the law governing the rights of persons under detention or custodial investigation.

The provision prohibits public officials from keeping detained persons from conferring with a lawyer, a relative, a doctor, or a spiritual adviser.

The case arose from the controversial arrest of the health workers in February 2010. The military claimed the detainees were communist cadres conducting explosives training in a house in Morong, Rizal province. The detainees went on hunger strike in protest of their alleged illegal detention, as they claimed to be tortured, threatened, deprived of sleep, and framed with planted evidence.

His former wife, Supt. Maria Cristina Nobleza, recently drew national attention after the policewoman was accused of aiding the Abu Sayyaf Group. She was arrested on April 22 along with her new husband Reenor Lou Dungon.  SFM/rga