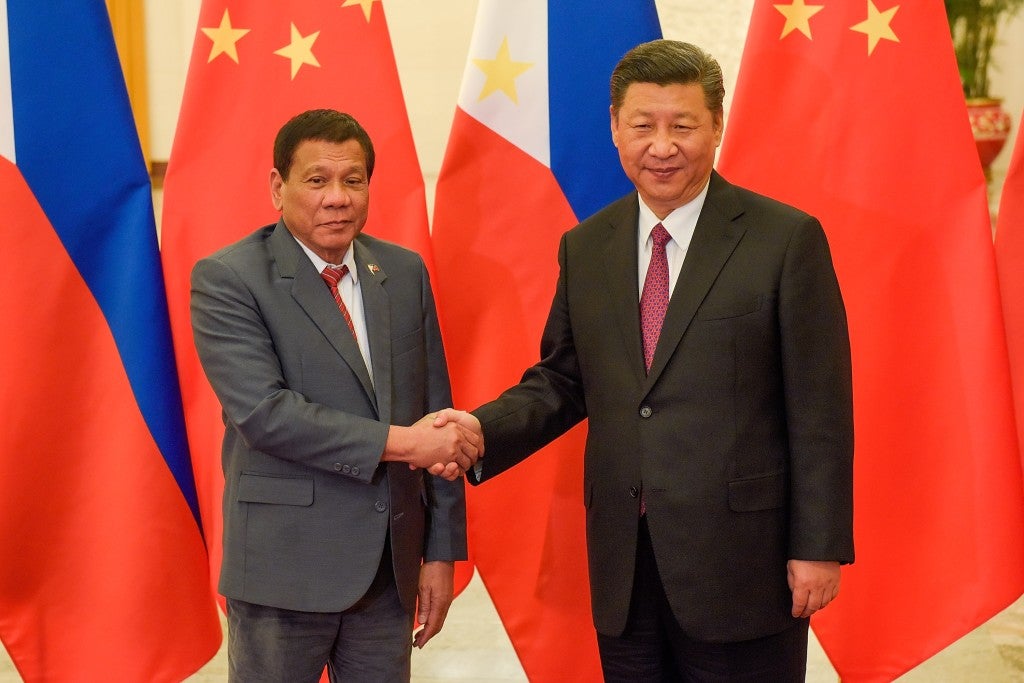 Chinese President Xi Jinping (right) shakes hands with Philippines President Rodrigo Duterte prior to their bilateral meeting during the Belt and Road Forum for International Cooperation at the Great Hall of the People in Beijing on May 15, 2017. (AFP PHOTO / POOL / Etienne Oliveau)

BEIJING — The country’s envoy to China supported calls for transparency for the possibly billions of pesos worth of loans the government plans to enter into with China to finance President Duterte’s massive infrastructure spending plan.

Philippine Ambassador Jose Sta. Romana alluded to “problems we’ve had in the past” with deals the government entered into with Chinese contractors, but did not give specifics.

“Basically the challenge here is how to minimize the potential for a repeat of what happened in the past,” Sta. Romana told Filipino reporters invited by the Communication University of Chinese for a week-long visit.

“We want to avoid that, of course and there is a need how to make it transparent. You know the fear is, ‘Are the terms better? Are the terms acceptable and won’t it be something that is a burden to future generations?,” he continued.

He said the proposed infrastructure projects and financing deals would be vetted for their feasibility and “competitive” rates.

“I think there is a misunderstanding. It won’t have to be market rates, it would have to be preferential rates,” the diplomat said.

“And (there’s) the need for a feasibility study for the project, the need for bidding. Basically it has to be in accordance to Philippine laws,” he added.

Although Duterte made two visits to China in October 2016 and last May to woo infrastructure loans and investments, Sta. Romana pointed out “we haven’t actually signed a single contract yet.” 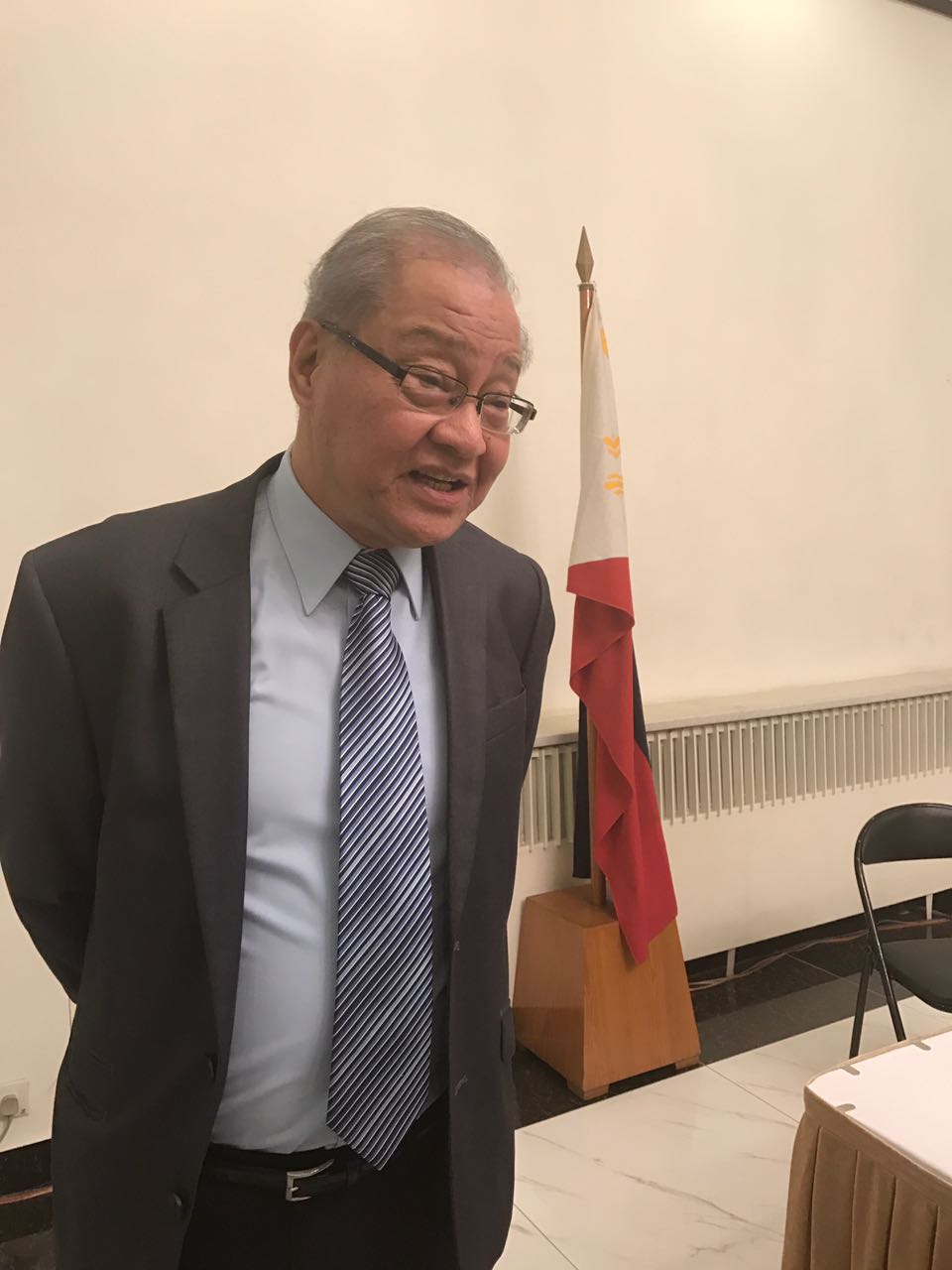 Due to the vetting process, Sta. Romana said the first projects to be implemented would be the “simpler ones, the gratis” or donated projects such as the Pasig River bridge construction which he said would have its groundbreaking in the early second half of the year.

During the Belt and Road Forum in Beijing last May, Duterte and Chinese President Xi Jinping signed an agreement for a 500-million yuan or P3.6-billion grant from China for the construction of two bridges to span the Pasig River.

At the same forum, Duterte announced the government’s plan to spend P8 trillion (about $160 billion) to improve the country’s infrastructure target and to take advantage of China’s initiative to pour financial assistance to help fund other countries’ infrastructure projects.

Concerns were aired that Duterte’s plan to obtain huge loans at unknown interest rates from China for the infrastructure program could turn the Philippines into a “debt slave” of China.  SFM