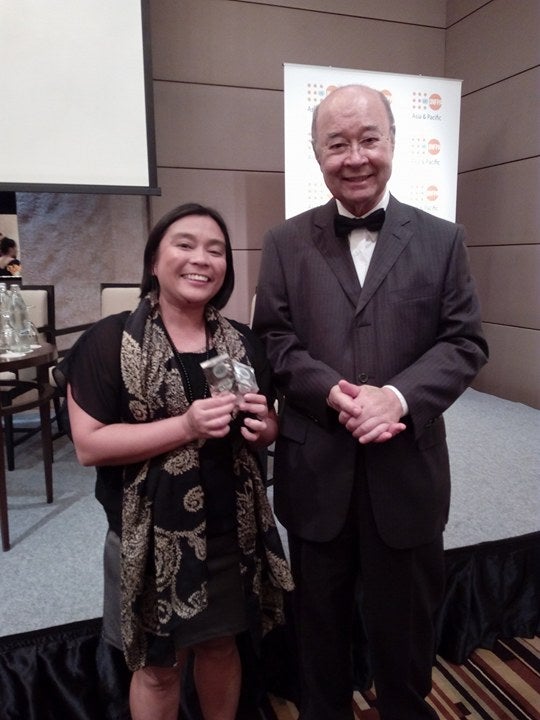 Twyla Rubin (left), who is representing the Philippines’ Commission on Human Rights, pose for a photo opportunity with planning expert Mechai Viravaidya during a forum for the World Population Day celebrations. INQUIRER.net photo courtesy of Eunice Barbara Novio

Bangkok—Despite the world’s efforts to curb the population growth due to dwindling resources and the United Nations Population Fund’s (UNFPA) continuous effort to protect the rights of the women, the Philippines remains at the bottom when it comes to full implementation of reproductive health.

“The Congress, Senate, the Catholic Church hierarchy and the Supreme Court continuously opposed the full implementation of the RH (Reproductive Health) law. It affects access to full range of contraceptives and to RH information,” Twyla Rubin said during the celebration of World Population Day carrying the theme: “Family Planning: Empowering People, Developing Nations” in July 11 in Bangkok.

Rubin also presented the result of the CHR’s National Inquiry Report, which found policy barriers including criminalization through ordinances by some local government units of women who give birth at home and of traditional birth attendants who facilitate home births that adversely affects the indigenous women and women in geographically isolated and disadvantaged areas.

To prevent this, CHR recommended the amendment of these ordinances, decriminalization and bringing health structures nearer to women.

In 2018, the Filipinos may not be able to buy contraceptives due to the 2015 Supreme Court’s temporary restraining order, halting the distribution of contraceptive implants and prohibiting the Food and Drug Administration (FDA) to grant approval for pending applications for registration and/or recertification for reproductive products and supply including contraceptive drugs and devices.

Contrary to the Philippines, Thailand’s growth rate remains low at 0.4% from 3.3% in the last 40 years. 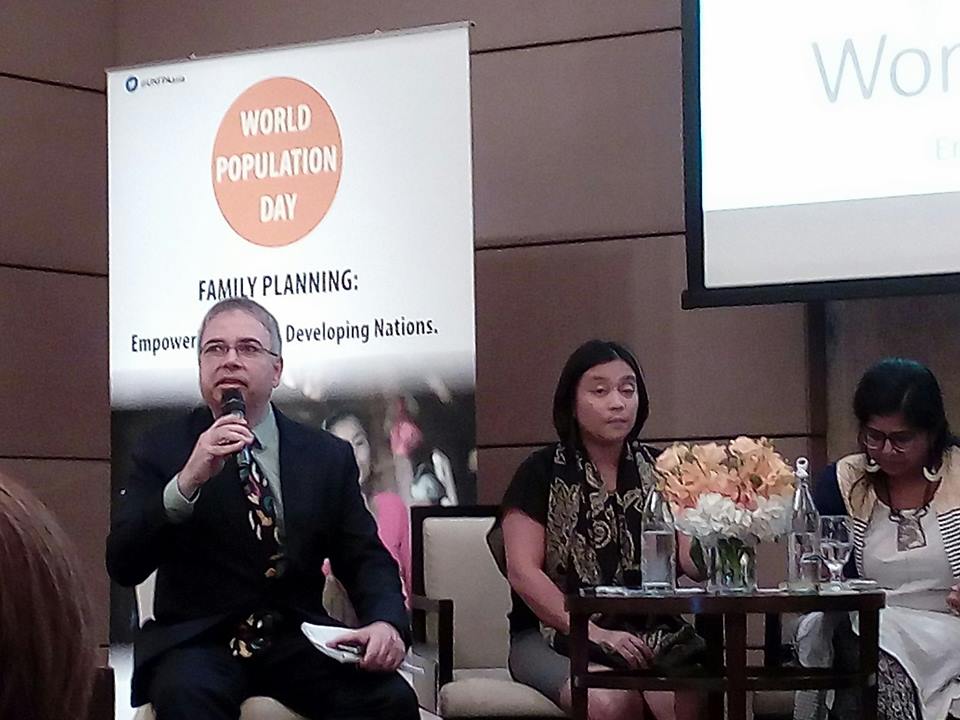 Twyla Rubin (center), of the Philippines’ Commission on Human Rights, sits as a panel member during the open discussion on world population. INQUIRER.net photo courtesy of Eunice Barbara Novio

During the forum, Mr. Mechai Viravaidya, a family planning expert, explained that the success of the family planning in Thailand paved the way for other development projects in the country.

He also emphasized the need to involve the youth in the family planning campaign as well as in sex education.

Viravaidya spearheaded the campaign in the 70s. This included the distributions of contraceptive pills in the rural areas, mobile vasectomy clinics and training of 320,000 teachers, excluding individuals and other government and company employees.

When the HIV/AIDS was detected in the 1980s, Viravaidya was again in the forefront to promote safe sex using condoms.

Dubbed as the “Condom Man,” Viravaidya personally went to the streets, clubs and establishments to distribute condoms and explain safe sex.

He involves monks, students, police and military, government, and private sectors in promoting the campaign. The World Bank recognized his effort in saving 7.7 million lives and reducing HIV/AIDS by 90%.

There’ll be 105M Pinoys by year-end