DFA: Pinoy fishermen back in business off Scarborough waters 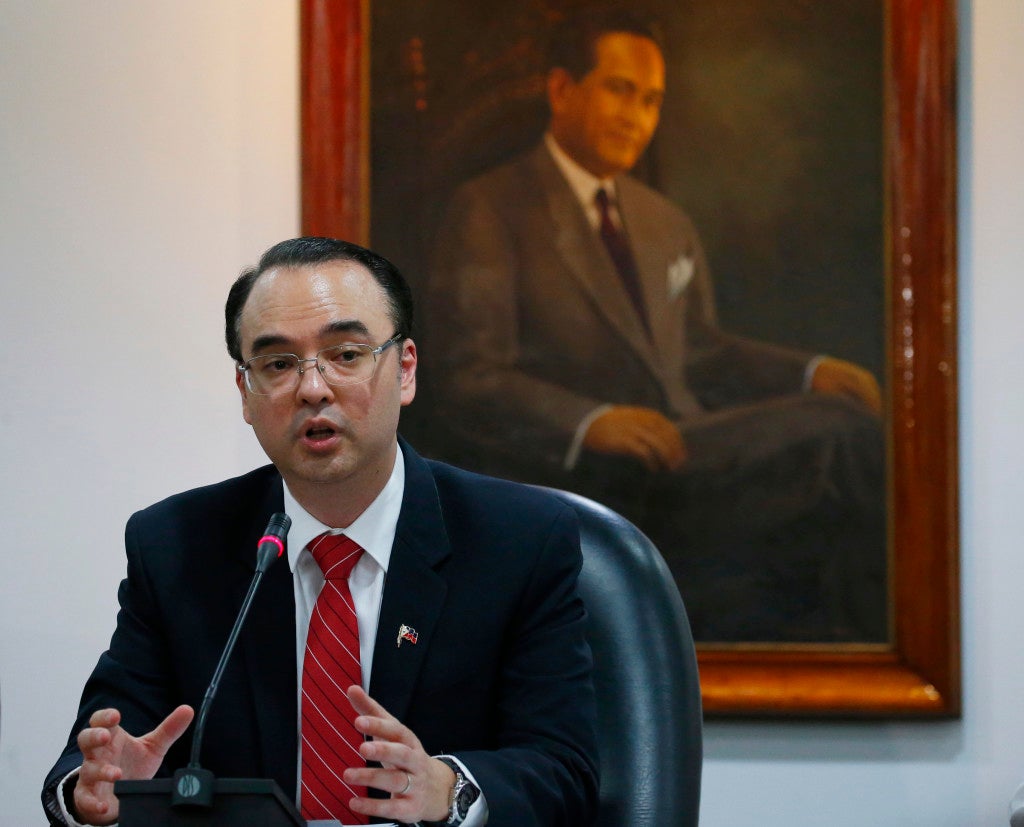 Filipino fishermen are back in Scarborough Shoal as the country celebrates the first year of the arbitral ruling that affirmed the country’s maritime claims over the West Philippine Sea, the Department of Foreign Affairs (DFA) said on Wednesday.

In a statement, the DFA said the Duterte administration remains committed to affirm the country’s territorial and maritime claims without sacrificing the country’s relations with its neighbors.

“The Duterte administration reaffirms its unwavering commitment to protect our country’s territorial claims and maritime entitlements, but believes that the ongoing territorial dispute in the West Philippine Sea should further be resolved in a manner consistent with the spirit of good neighborly relations,” the DFA said.

Exactly a year ago, just as the Aquino administration which defended the country’s claims at The Hague ended, the arbitral tribunal ruled in favor of the Philippines and invalidated China’s nine-dash line claiming almost all of the West Philippine Sea.

Filipino fishermen were usually driven away by Chinese vessels guarding the resources-rich shoal, compelling the Philippines to elevate the maritime dispute before the international arbitral court.

Despite winning the maritime claim over the disputed waters, President Rodrigo Duterte cozied up to China and cooled diplomatic ties, earning for the country a bonanza of investments from its new-found ally.

A year since the issuance of the arbitral ruling, the fishermen are back at the Scarborough shoal, amid an influx of investments from the partner countries, DFA said.

“Through the adoption of positive neighborly relations, our fishermen are back exercising their livelihood in Scarborough Shoal. We have received investment and financial assistance commitments upwards of $30 billion from our partners in the region,” DFA said.

“These significant developments have likewise allowed our defense resources to also address other pressing security concerns facing the country,” it added.

“The Philippines shall remain an enemy to none and a friend to all in its pursuit of economic and political benefits for the country, including the long-term security and stability in the region,” DFA said.

The Philippines is also committed to pass the Agreement on a Framework on the Code of Conduct on the South China Sea that will guide the Asean countries toward negotiating an “effective Code of Conduct,” DFA said.

The DFA said President Duterte’s moves for regional peace and stability in charting an independent foreign policy “has led to the healthy environment of dialogue, cooperation, and development.”

“The bold initiatives of the Administration in pursuing an independent foreign policy have become a game changer not only in the geo-political landscape in the region but more importantly in the lives of our people,” DFA said.

“The initiatives of the administration at a time the country chairs the Asean has led to great benefits for the country, allowing us considerable economic gains as well as strengthening our status as ASEAN Chair and regional peacemaker,” DFA said.

The DFA made the statement even as the President on numerous occasions said he will “set aside” the arbitration ruling, and that he as chair of this year’s Asean summit will “skip” the issue on maritime claim which he claimed is only between Beijing and China and not that of the Asean region.

The Asean chairman message this year was also silent on China’s reclamation activities and militarization on the disputed waters. JPV

Read Next
Experts: PH-China ties based on ‘submission and fear’
EDITORS' PICK
DILG to stranded workers: ‘Stay where you are’ until Luzon-wide quarantine is over
BREAKING: 1,075 people in PH has coronavirus disease – DOH
Style and music journeys with Claudia Barretto
UP-PGH wards for COVID-19 patients finished in 5 days
IATF: Food firms to operate with 50% of workforce during Luzon quarantine
Cebu City closes its borders
MOST READ
Pacquiao to seek probe on leaked private letter from Barangay Dasmariñas
Tootsy Angara bares neighbor wanted them out of village
All 3 COVID-19 positive patients in Bicol sent home
BREAKING: 1,075 people in PH have coronavirus disease – DOH
Don't miss out on the latest news and information.