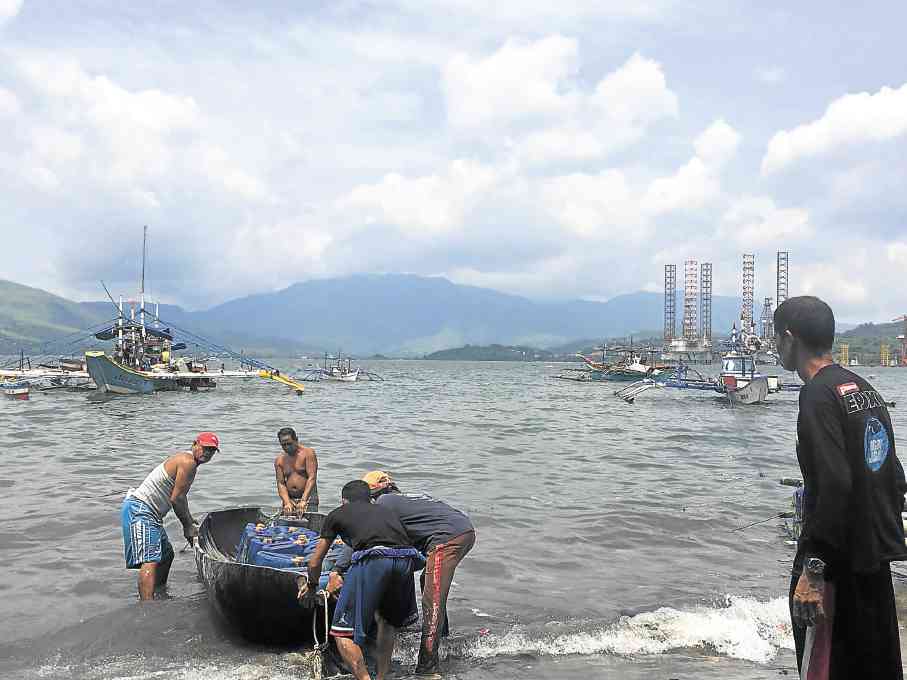 Filipino fishermen, like these ones in Subic Bay, are often illegally recruited for work in Tawanese fishing boats. INQUIRER FILE

Jose was recruited by Mrs. Celia Robelo to work as a fisherman in Singapore with a promised salary of $500 and an additional $50 for living expenses. Jose’s contract provided by Step Up Marine Enterprises specified that he was to join a Taiwanese fishing vessel, which was also reflected in Jose’s passport. For almost a year, Jose’s family would not hear any news from their son abroad.

In April 5, 2011, Jun’s mother received a call from “Melinda” telling her that something happened to Jose. It was only days later, on April 16, would Jun’s family find out that Jose had died in Singapore, and that his remains would be repatriated. According to the documents included in Jose’s Consular Mortuary Certificate, Jose got sick at around February 22 of the same year, and that the cause of death conformed to the signs of acute myocarditis. However, since the antecedent causes were not specified in the report, the family decided to have Jose’s cadaver autopsied again.

The second autopsy report showed that Jose’s pancreas and one of his eyes were missing altogether. The report also stated that there were ante-mortem contusions on the face and the upper right chest areas of the body, painting a grim picture of Jose’s life on the vessel.

Step Up Marine Enterprises, the company that employed Jose, repeatedly tried to offer a limited amount of monetary compensation to Jose’s family on the condition that the family signed a waiver agreeing to a quitclaim. Celia Robelo and her sister, the same recruiters mentioned above, have also called and sent several messages to Jun’s and Jose’s family urging them to sign the waiver.

However, the company and Jun’s family did not agree on the amount of compensation. In addition to the dubious circumstances involving Jose’s death, the provincial Employment Services Office (PESO) of Aklan also informed the family that Celia Robelo was not authorized to recruit OFWs, leading Jun’s family to decide to file a case of Human Trafficking and Illegal Recruitment against those involved.

Jose’s story is just one among the many instances of abuse, exploitation, and trafficking littering the pages of seafarers’ lives. According to the International Labor Organization (ILO), the work done by seafarers in general and fishermen in particular carries one of the highest levels of risk and danger, and these workers are especially vulnerable to labor exploitation or involuntary servitude.

Many seafarers are ensnared by loan contracts with exorbitant interest rates even before deployment, which traps them into taking the offer, furthering an endless cycle of debt bondage and servitude. This is an especially pressing matter for the Philippines considering that it makes up the largest “single-nationality” bloc in the global shipping industry, with 30 percent of the manpower in the industry sourced from the country.

The Philippines continues to be one of the top sources of migrant workers, providing an estimated 10-million labor force. A considerable portion of this group is subjected to exploitation and trafficking through debt bondage, charging of exorbitant fees, and confiscation of identity documents to prevent escape. Traffickers work with local agents to take advantage of Filipinos’ desire to work abroad.

The main driving force behind labor migration not only in the Philippines, but also in the entire world continues to be the economic problem of the lack of decent and well-paying jobs in the country, lack of employment opportunities that match appropriate skill sets, and the desire to escape from the bondage of poverty.

These problems and desires are taken advantage of by traffickers and companies looking for cheap labor. In fact, the International Transport Workers’ Federation (ITF) identifies what are called Flags of Convenience (FOC) ships–ships that carry the flag of a country other than the country of ownership. This usually means low wages, poor working conditions, unsafe food and water, and little to no rest for workers. This allows the companies who own the ships to take advantage of minimal regulations, little to no taxes, and cheap labor sources.

In order to protect Filipino migrant workers, the Philippine Overseas Employment Administration (POEA) and the Department of Labor and Employment (DOLE) have set policies and standards that aim to uphold the dignity and fundamental rights of seafarers, protect them by securing the best conditions of employment, as well as provide adequate support before, during, and after their deployment abroad, even in the absence of a Magna Carta for Seafarers.

Moreover, even if the Philippines is not yet a signatory to the ILO C188, which sets the standard for work conditions for fishermen on board shipping vessels, DOLE has issued the Department Order 156-16 Series of 2016 which mirrors the ILO convention.

was suspended in 2016 under the Duterte administration following the pending consultations with the tuna industry.

Nevertheless, these laws and provisions show that there are extensive laws, policies and programs, both international and local, that aim to eradicate trafficking and exploitation of people. Despite this, the risk of exploitation and servitude remains considerable. As such, now more than ever, strong collaboration and coordination between organizations, agencies, governments, and other stakeholders remain crucial, lest cases like Jose’s continue to abound.