Palace: Most traveled President also got most investments 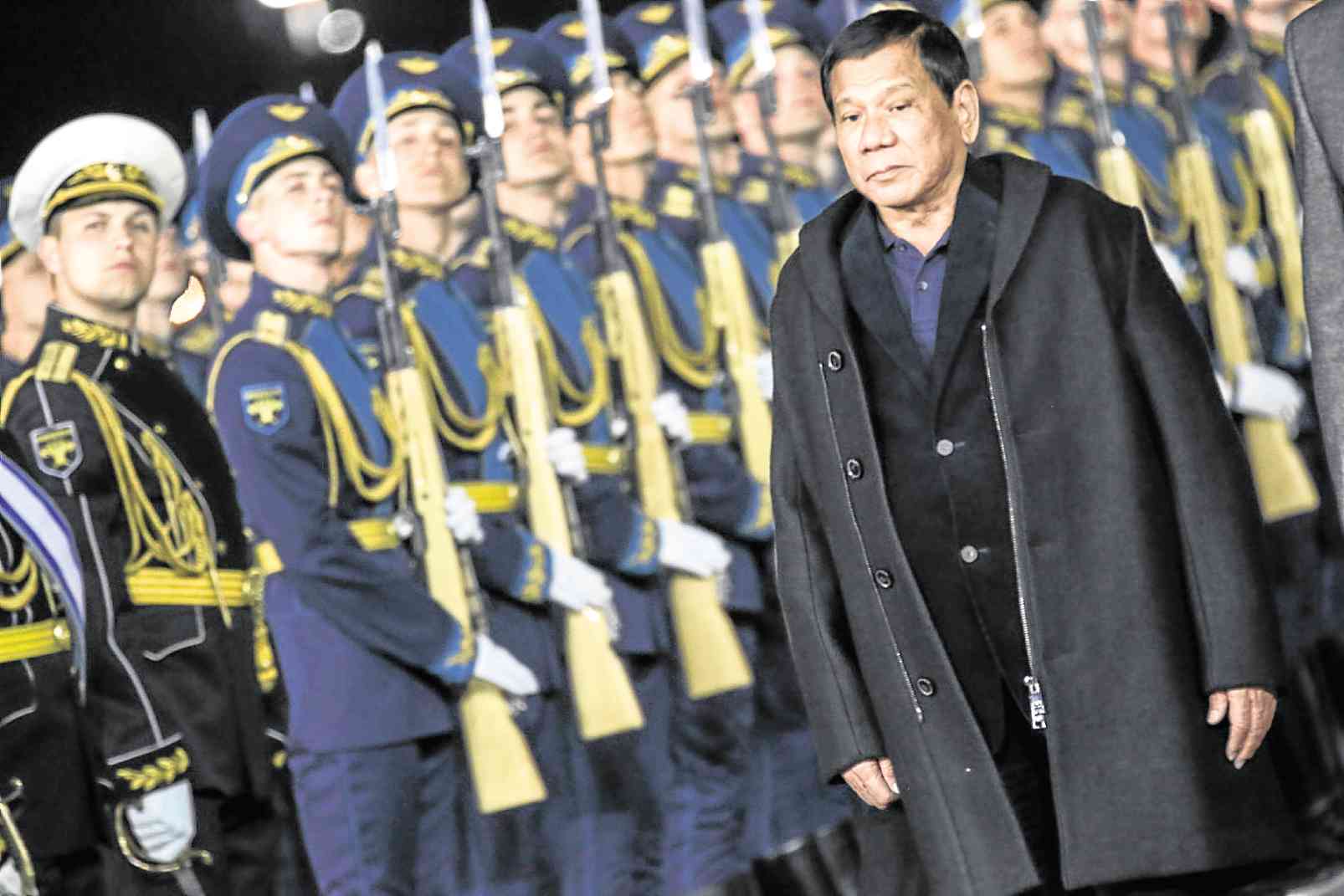 President Rodrigo Duterte’s trips abroad brought in at least $35 billion worth of investments into the country, Secretary Martin Andanar of the Presidential Communications Opertions Office (PCOO) said on Monday.

Andanar said this meant that the Philippines earned more than it spent for the President’s foreign trips.

He said Duterte was able to bring in $24 billion in investments from China, $11 billion from Japan, and $1.9 billion from Qatar.

“We can see in terms of cost-benefit analysis that, as the Department of Finance said, for every peso spent, government was able to bring home P1,000,” Andanar said.

Andanar said the PCOO was preparing to come out with a report to showcase the achievements of the Duterte administration when its marks its first year in office on June 30.

He said these include the 1.2 million drug users and pushers who surrendered due to the government’s campaign against illegal drugs.

“We are also continuously talking with the Moro Islamic Liberation Front so that our country would have peace,” he said. “The fact that there are talks between the (Communist Party of the Philippines-New People’s Army) and the government is in itself already an achievement.”

He also pointed out that Duterte immediately signed the Freedom of Information (FOI) administrative order “which the former administration sat on.”

“This was promised during the campaign, and the President, even before his first month in office, signed the FOI,” Andanar said.

“By 2018, we’ll start the Mindanao Railway project,” he said. “For years, Mindanao was not the priority. Now it will have its own railway.” /atm