Korean language to be taught in public high schools 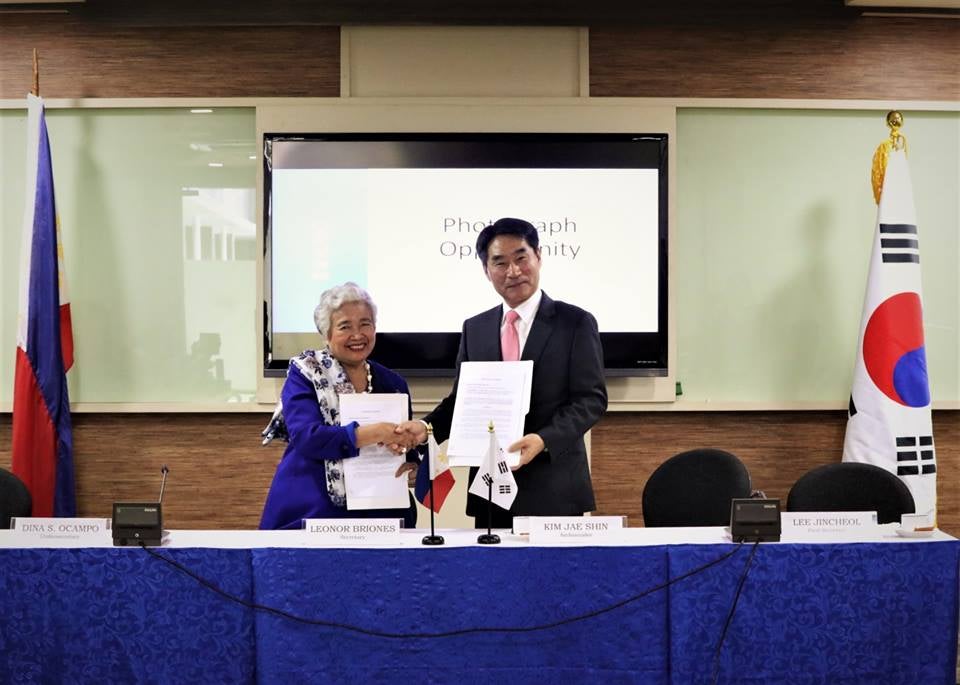 Public high school students will soon be able to learn the Korean language in school, following an agreement between the Department of Education and the Embassy of the Republic of Korea.

DepEd Secretary Leonor Briones and Korean Ambassador Kim Jae Shin, together with other officials, signed a memorandum of agreement last June 21 for a pilot program that will start this year in ten Metro Manila high schools

Students under the Special Program in Foreign Language will be expected to develop skills in listening, reading, writing and speaking the new language.

“This is not a beginning. This is a continuation of very long years of fruitful relationship, including the field of education, between Korea and the Republic of the Philippines,” Briones said in a statement released last Friday.

According to the Embassy, the program aims to help Filipino students “better respond” to educational and employment opportunities in the Philippines and abroad.

“I’m very happy that Korean language is added as one of the second foreign languages. Language is very important so teaching and studying [foreign languages] in schools is very helpful to deepen the bilateral understanding between two nations,” Ambassador Kim was quoted saying.

The SPFL was first implemented in 2009 to prepare students for a diverse global workspace. Among the languages being offered in the program are Spanish, Japanese (Nihongo), French, German and Chinese (Mandarin). KS