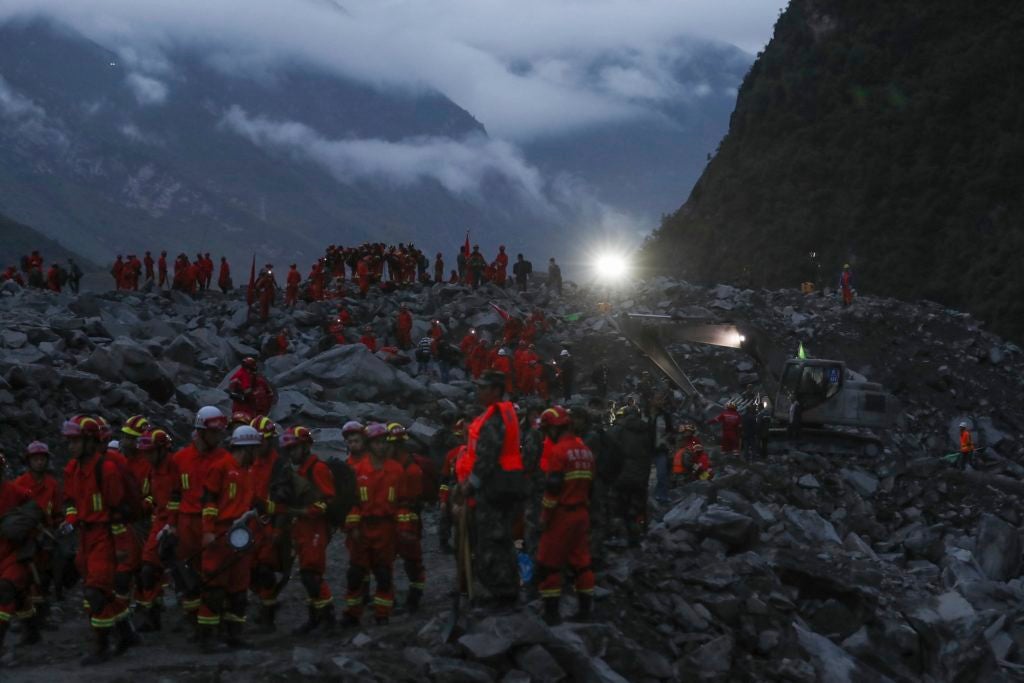 In this June 24, 2017 photo released by China’s Xinhua News Agency, rescuers work at the accident site after a landslide occurred in the mountain village of Xinmo, Maoxian county, in southwestern China’s Sichuan Province. AP

The Philippine government has sent its condolences to those affected by a massive landslide in southwest China.

“The Philippine Government extends its deepest sympathies and condolences to the families of the victims of the landslide in Xinmo, Sichuan Province, China on 24 June 2017,” the Department of Foreign Affairs said in a statement released Saturday.

“We are one with the government and people of China during this difficult time,” it said.

Associated Press earlier reported that over 120 people were buried by the landslide, which hit 62 homes and a hotel in the mountainous region. Reports said the landslide might have been triggered by rain.

A Chinese official said it is the biggest landslide to hit the area since a 2008 earthquake hit Sichuan province and killed nearly 90,000 people.

At least 15 bodies have so far been found./rga