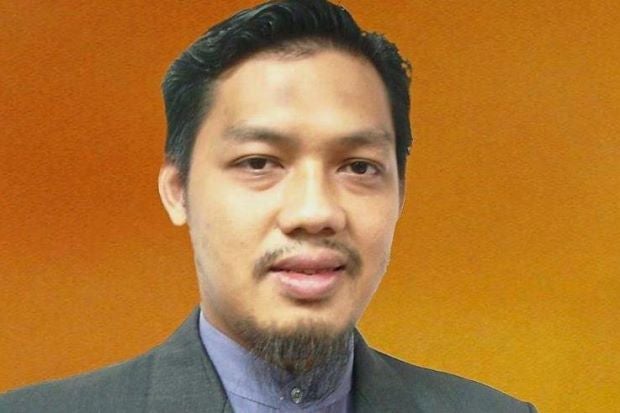 Mahmud Ahman used to be a university lecturer before becoming an extremist. FILE PHOTO VIA THE STAR MALAYSIA/ASIA NEWS NETWORK

The Philippine military chief says a Malaysian militant who helped lead and finance the siege in southern Marawi city has been killed in one of the setbacks to the uprising by locals aligned with the Islamic State group.

Gen. Eduardo Año told The Associated Press on Friday that Malaysian Mahmud bin Ahmad was wounded in the fighting in Marawi last month and died on June 7 of his wounds. A local militant leader, Omarkhayam Maute, also is believed to have been killed in the early days of the violence. Troops are looking for their remains.

Año, citing intelligence shared by foreign counterparts, says Mahmud is suspected of channeling more than P30 million from the Islamic State group to acquire firearms, food and other supplies for the attack./rga